INDEPENDENT GALWAY theatre makers were out in force on Monday evening at Electric on Abbeygate Street, for the launch of new collective Theatre57, which aims to serve the needs of Galway's arts and creative community, and advocate for much needed arts facilities.

There was a real buzz in the venue and a palpable sense of enthusiasm and welcome for this exciting new venture. In her launch speech, Theatre 57’s Roisin Stack noted that despite their considerable experience, training, and qualifications, more than a quarter of the group’s members earn less than the minimum wage. “This is a national, as well as a Galway, problem but there are issues here we need to address, and as a collective, we are keen to do the work necessary to make those changes,” she declared. “By working together we can change the way things have been done and improve conditions for future generations.” 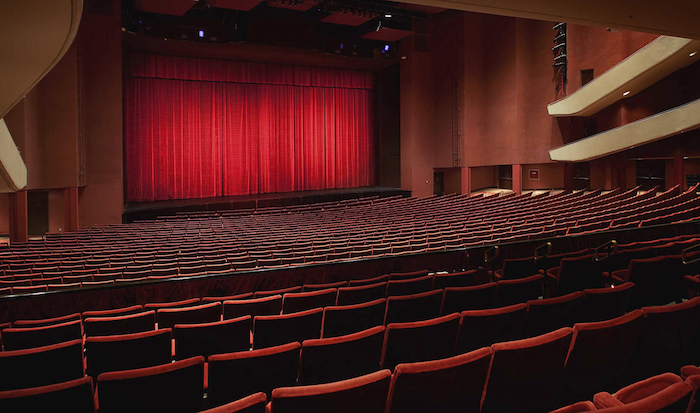 After the speeches were concluded, Stack sat down with me to talk about Theatre 57’s activities so far and plans for the future. “The idea for the group began during Galway Theatre Festival last year,” she revealed. “I thought it would be useful for us to come together as a community and talk about what our needs and opportunities and challenges are. We did that and realised we had a lot in common, and that collectively, we could achieve more than as individuals. It was a mixture of things that were happening in the city at the time, and changes to Arts Council funding, and people feeling that while things were improving, they weren’t really improving so much for artists.

“After our first meeting we decided to conduct a survey to get a consensus around what people were feeling as artists making work in the city. What emerged was that people felt there was a lack of space for rehearsal and development, that there were few opportunities for professional development, and that they didn’t feel very acknowledged in the city as independent artists, that it was very hard to eke out a living here.

'Since we started we haven't stopped. We operate in a non-hierarchical way because we don’t want it to be ever driven by one agenda'

"Based on those conversations we realised we needed a hub - a space where we could make work and be visible, rehearse, have professional development and come together as a community, support each other and share information. We realised that would solve, not all the problems, but would go a long way to solve many of our problems. This is something they have in Cork, Limerick, and Dublin, and elsewhere yet we don’t have a designated space for that in Galway.”

The group had conversations with similar collectives in Denmark, Germany, and the UK, and used the information to put together a proposal for a potential hub and how that could be programmed. “We also kept chatting online among ourselves to identify topics and share news which evolved into sharing funding opportunities, calls for residencies and shows and so on,” Stack explains. “So we very quickly mobilised this online community where we could share all this information.

'To be honest, I really didn’t think we would be this far in the six months. I don’t see why we would not be able to achieve our aims'

"We’ve been meeting with the county and city councils and they have responded positively to our proposals. We also represented our group at a conference in Europe in December and wil be speaking at the Theatre Forum pay scale event on Wednesday. So since we started we haven't stopped, it has been ongoing constantly. We operate in a non-hierarchical way because we don’t want it to be ever driven by one agenda. A group of us keep the momentum going and others can step up or step back from that group as they like.”

Theatre57 will be busy on a range of fronts over the next few months, including staging events in Electric. “One of the first things we want to do is a feasibility study of a hub and figure out what it will cost to run in a sustainable manner and conducive to best practice,” Stack notes. “We want to make sure that whatever we do is done properly, so that, for example, people are not underpaid or spaces not properly funded. After doing a feasibility study on that we will sit down with city and county council and see what is possible.

"The second thing we’ll do is look at potential artist development programmes for members. Here in Electric, Féilim O'hAoláin is producing a series of events on the last Friday of each month. Each of those will have a main event, but there will also be member events happening beforehand so we are discussing that with our members at the minute. They could be things like pitching sessions, early ideas where people are discussing ideas among themselves, and feeding back, and pointing people in the direction of other like minded companies or resources. Those are the kinds of things we are looking at. 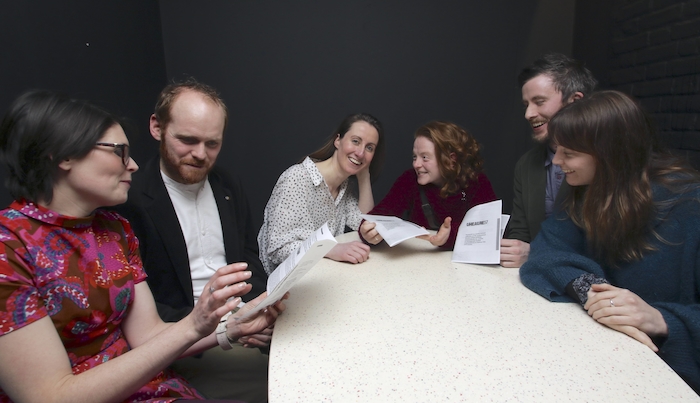 The Galway City Council has already agreed to support Theatre57 in setting up a hub and the collective has also enthused the city’s theatre-making community. “The response that we have had so far has been really positive,” Stack says. “To be honest, I really didn’t think we would be this far in the six months, so it has been great and the crowd here tonight is massive. I don’t see why we would not be able to achieve our aims.

"The wealth of experience in our group, collectively we have over 500 years experience in theatre, so you are talking about people who are used to producing, budgets, getting stuff done, working to deadlines, and I think there is a great positivity from the wider community as well, from city and county arts officers, from businesses, like Blackstone from NUIG. I feel the momentum is there, also because of the conversation that is happening nationally at the moment about artists’ lives and I think that is all going to feed into what we are saying and make the argument stronger.”

Membership of Theatre57 costs €10 for six months or €20 for the year. The group will shortly establish a website where more information about its activities can be accessed. Those wishing to help can email [email protected].