TOWN HALL Theatre audiences are in for a treat next week when Fly Me To The Moon by Marie Jones, author of smash hits like Stones In His Pockets and Women On The Verge of HRT, comes to Galway.

Davy, an elderly man, has had a significant win on the horses, but does not yet know of his good fortune. However, his community care visitors, Frances and Loretta, find out and, now they are faced with a mouth-watering dilemma. This hilarious comedy investigates whether we are valued more in life or in death, and is sure to delight and move theatre-goers in typical Jones style.

The play opened earlier this week in Belfast’s Opera House and Jones [pictured below] spoke with me about it the morning after. Fly Me To The Moon was previously staged in 2012 and I began by asking what prompted Marie to revisit it now. 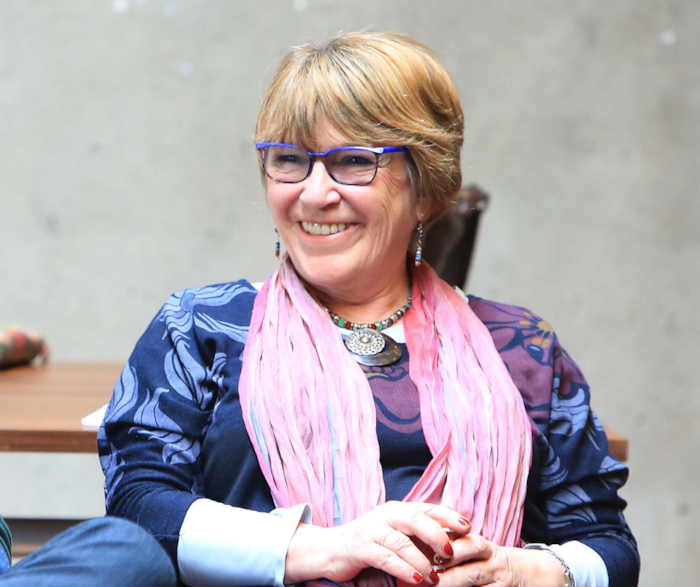 “We always said we’d take the play on its journey to build up an audience and then come back and do it again someday in a big space,” she replies. “Then when we got a new CEO here in the Opera House, I’d not had a play here for a few years, and he said, ‘Right we need to get you back into the theatre, let’s start off with Fly Me To The Moon’, so it was he who prompted us to do it again and it is very exciting.”

Jones describes the play’s three characters, beginning with the offstage Davey. “Poor Davy is just a nobody, as they say in the play," she says. "They know nothing about him except that he liked Frank Sinatra, having a wee bet on the horses and reading the Daily Mirror. That’s all we know about him and that’s kind of the sad thing about it because these two women who come in to him every day only get 20 minutes with him so they can find out nothing except those basic things. They look after him bodily but they know nothing about him because they don’t have time to do that.

“I always say to the actors ‘You’re in a drama. It is the audience that works on the comedy"

"Frances and Loretta are two very ordinary women you could meet anywhere. Something happens on this particular day when they are looking after Davy and they commit an error of judgement which they try and justify as being right, but as the story develops, you can see they have done something very wrong, and they can’t get out of it. On their journey they start to find out about this man, who he was and what his life was like and it wasn’t special either but because they have been thrown into these circumstances; it’s very funny because it is catastrophic.” 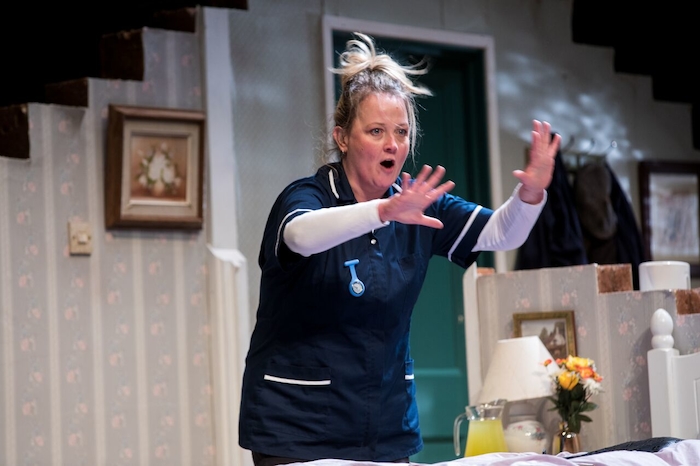 “I always say to the actors ‘You’re in a drama. It is the audience that works on the comedy’,” Jones' notes of the play’s balance between comedy and drama. “These are very real people in very real situations and their situation gets worse. Initially everyone recognises and likes these women, they could be anybody. The first time we ever did the play, we brought in 40 care workers to the dress rehearsal and all through the play they were nudging each other and laughing so I knew we’d got it right, because they are the people that it is about and when they said it was OK we were happy.”

I suggest the play’s current revival is topical given recent stories about care workers being underpaid. “It’s topical because they are underpaid but it is more the fact that it shows how they don’t have any time to talk to these people," says Jones. "My mother was in a care home so for nearly two years. We were visiting every night and you could see how hard these women worked." 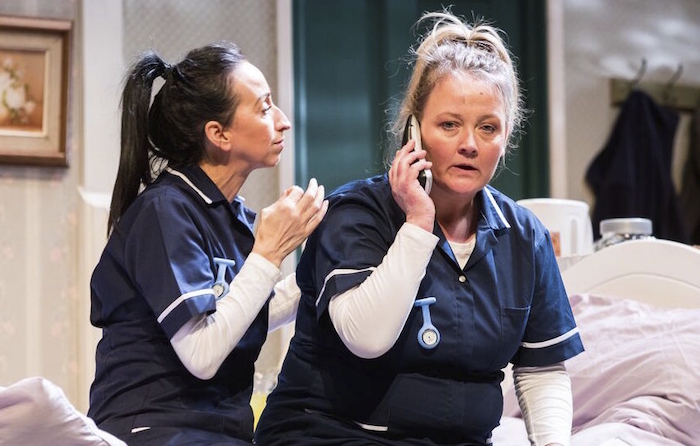 "The women I met didn’t have time to sit round and start to find out who their patients were. It was very sad to see all these people sitting around walls staring out the windows at a life that used to make sense but doesn’t make sense any more. It’s not the fault of the carers it’s the fault of the system. All that is the serious basis of the play, but it is funny, and it has two brilliant comedic actors playing them.”

Katie Tumelty reprises her role as Frances from the play’s last outing while Abigail McGibbon portrays Loretta. “The play first started in a shorter version which we did in Glasgow and Abigail was in it then,” Jones reveals. “She was the first person to do it whereas in the full length play it was Lynne O’Neill and now Abigail is back to play it again, they are both fantastic.”