AFTER A year of increased audience numbers and new partnerships, Galway Arts Centre’s visual art programme is looking to an exciting 2019 with new exhibitions, artists’ residencies and collaborations.

We ring in the new year with Procession, a solo exhibition by Gerry Davis, winner of the prestigious 2016 Hennessey Portrait Prize. Originally from Tipperary, Davis’ realist style lures the viewer into a surreal world, while also reflecting on what it is to be a practicing artist: letters from the Dole office and art lectures also feature. Previous solo exhibitions include TACTIC in Cork and Source Arts Centre, Tipperary.

Galway Arts Centre will also work with acclaimed artist Marielle MacLeman on a solo exhibition, in partnership with the LAB Gallery Dublin and Dublin City Council. The exhibition, In Course of Rearrangement, will be accompanied by a publication, both of which have been funded by the Arts Council. For GAC she harvested buddleja davidii - introduced from China in the late 1800s and now synonymous with waste ground - to dye a rug made of Irish wool, a by-product largely considered of little value and exported to China for use in the carpet industry. In other handmade paper works she gilds and ‘prints’ with the first cut of grass from Dublin's newly opened Weavers Park, developed 200 years after the Earl of Meath was told a greater return could be made growing grass than collecting weavers' rents. 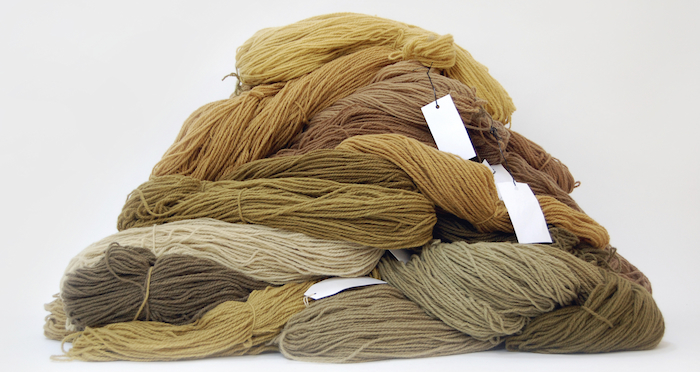 Nik Taylor, who lives in County Kerry, makes work under various pseudonyms such as Morley Hill, and through the use of different media explores disparate but occasionally overlapping themes. Described in Dazed and Confused magazine as work that "pushes the boundaries of structure and freedom", the artist describes his practice as "obsessive systematic pottering".

The Galway exhibition will be a combination of existing collages, paintings, kinetic wooden sculptures, a site specific installation and inaugural works from Spalla Gap. The Spalla Gap project is inspired by items found on the shoreline; a combination of natural and manmade objects whose forms have been shaped, weathered or altered by the actions of water, sand and marine life.

Ursula Burke will exhibit Precariat in Galway Arts Centre in June. She uses a variety of media including porcelain sculpture, embroidery, drawing and photography. Much of Burke’s practice deals with issues of representation and identity within contemporary Ireland, north and south of the border. She works with the personal and political in Irish society using multiple points of departure, from which to generalise her approach outwards to international concerns. 2019 is a bumper year for Burke, with a solo exhibiton in Visual Carlow and residencies in the Centre Culturel Irlandais in Paris and the Vermont Studio Centre. 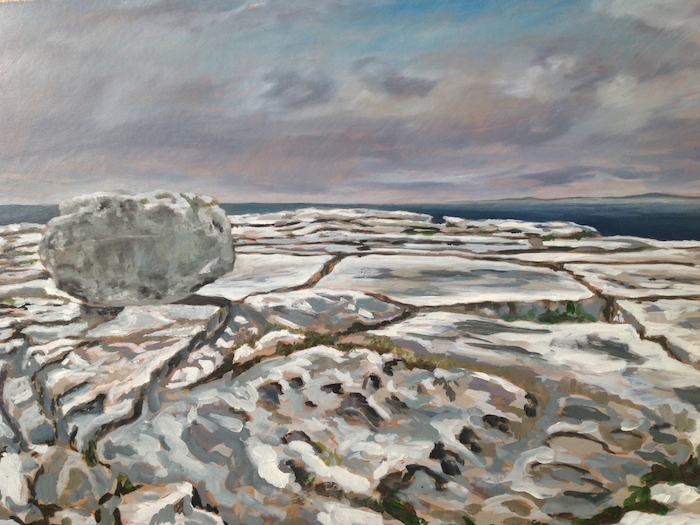 AKIN, the artists collective featuring Leonie King, Dolores Lyne [whose Fanore is pictured above], Jay Murphy and Margaret Irwin West, all live and work in rural County Galway. The exhibition, Furthermore, will present responses to the personality and landscapes of their chosen corners of coastal Galway and also present material from AKIN’s archives that show their contribution to the arts community in Galway and internationally.

Galway Arts Centre is midway through the multi-partner project Making Space, and in 2019 will host residencies with visual artists and astronomers from NUI Galway. NUI Galway Centre for Astronomy is coordinating Making Space as part of the Royal Astronomical Society’s bicentennial celebrations (RAS 200 ) in the lead up to and including 2020, with a number of community, science, and arts projects in Galway city and county. July 2019 is also the 50th anniversary of the first person to walk on the moon. This is the only project in Ireland to join four others from the UK to have received RAS 200 awards.

Red Bird Youth Collective will showcase the ambitious project, Let Go. Red Bird have been working in collaboration with poet Colm Keegan and visual artist (and former Red Bird ) Gabrielle Drimolovski. This ‘poetry-film’ will be showcased during a Youth Arts Networking Day, hosted by Galway Arts Centre on January 19. Red Bird Youth Collective is a visual arts organisation for ages 15-24.

A group of like-minded young people from different backgrounds come together to collaborate on engaging and challenging art projects, and have worked with professional artists on visual art, film, architecture and performance projects. They also engage with other aspects of the arts such as administration, curation, and event organisation. Red Bird is an ideal outside-of-school pursuit for students interested in self-led art projects, writing, music and other artforms. Always open to new members. For any additional information or to apply, email [email protected] or call 091 - 565886.

Gabrielle Drimolovksi was also the 2018 recipient of the Engage Art Studios/Galway Arts Centre Recent Graduate Award, and will exhibit work done during her residency in Engage in May 2019.

Burning Bright, GAC’s programme for older people, will continue again in 2019 throughout Galway city, and for the second year will now also include dance alongside its visual art activities. Sean nós dancer Emma O’Sullivan will lead a project with members of Croí na Gaillimhe. Burning Bright is part of the Bealtaine Festival, a national festival celebrating creativity as we age.

Galway Arts Centre will begin a new project with Galway Traveller Movement’s youth programme and visual artist Louise Manifold, exploring identity through film. The project is funded through The Community Foundation, which have previously funded GAC’s work with older people on the theme of active citizenship. The project also builds on GAC’s work with the Galway Anti Racism Network and the Galway City Community Network.