IN WRECK it Ralph 2, we catch up with Ralph and Vanellope, our heroes from the first movie, right where we left them, enjoying life as sentient 1980s video arcade game characters.

However, when Vanellope’s machine is damaged and the part required to fix it is deemed too expensive by the arcade owner, she becomes homeless. So, she sets out to buy the missing part herself, by diving into the internet and getting on Ebay.

The original Wreck It Ralf was a surprise hit so back to the well we go. The same cast of John C Reilly (Ralf ) and Sarah Silverman (Vanellope ) return and do a fine job. Gal Gadot joins the cast along with a great turn from Andy Tudyk as a Google search engine who constantly tries to guess what you are going to say, just like Google's auto fill search bar. This film will be popular with children and young teenagers, with fortnight dances, social media references, and YouTubers. It also jumps into the internet world of pop up ads, violent online games, and e-commerce. 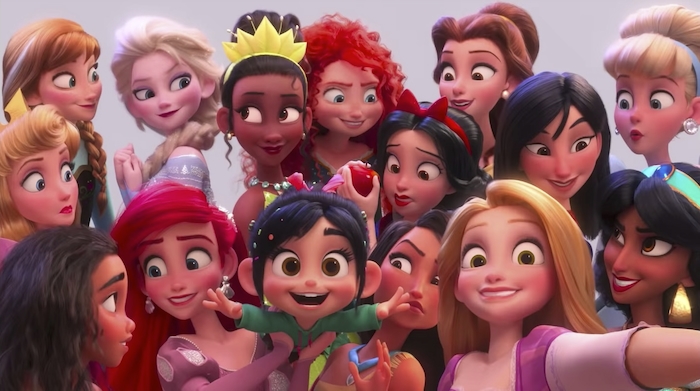 One massive highpoint (although spoiled in the trailer ) is visiting the Disney website and the Disney princesses. They take on some of the criticisms levelled at the whole Disney princess culture and manage to poke fun at themselves (this is a Disney production ) at the same time. It was the only time in the movie I fully laughed out loud, and in fairness I did several times in that section.

An adult not laughing out loud at this movie is not the end of the world. I think the 'Shrek-ification' of children’s movies, which has been on-going since the noughties, needs to come to an end. We do not need children's movies to have loads of in-jokes aimed at adults. These are kids/tweens movies. That is fine. Coming in at two hours, it does feel long for a children’s film. Indeed it feels like it was edited down from even longer original running time. Wreck It Ralph 2 is no Toy Story, but that is OK. It is not bad, it is just school holiday fodder.