AFTER HIS defeat in Rocky 4, Ivan Drago was ostracised by Russia and abandoned by his allies, including his wife. He comes out from the wilderness with his son, Viktor, a young boxer who is so comically large he looks like he has been CGI’d.

After knocking out a series of tiny men (weight classes do not exist in this universe ), he sets his sights on Adonis Creed, newly crowned world champion, son of Apollo and protege of Rocky Balboa, the man who defeated and destroyed his father. From here you get the idea of where the story is going. Unfortunately the director of Creed, Ryan Coogler, is not back in the directors' chair for this sequel. He wrote and directed the original and pushed hard to get it made. It is a shame he did not get the chance to build on his entry to the franchise. Instead here we have the competent but uninspiring Stephen Caple jr.

Returning stars Micheal B Jordan and Sylvester Stallone are back and they do have great chemistry. The big surprise for me was how much I enjoyed having Dolf Lungren on my screen again (I can’t believe I just typed that ). He is actually great here and if anything I could have done with more screen time for him and Victor. There is also a cameo from Sly’s ex, Brigette Neilson, a pleasant surprise to see she is still alive! We also have Tessa Thompson back as Creed's love interest - an infinitely more interesting character than Adrian himself.

Overall I really enjoyed this film, but it does feel like a step back from Creed. It is a generic Rocky sequel so I think most people will be happy. It is a shame when something new is tried, and it works well, as Creed did, but then is not capitalised on. 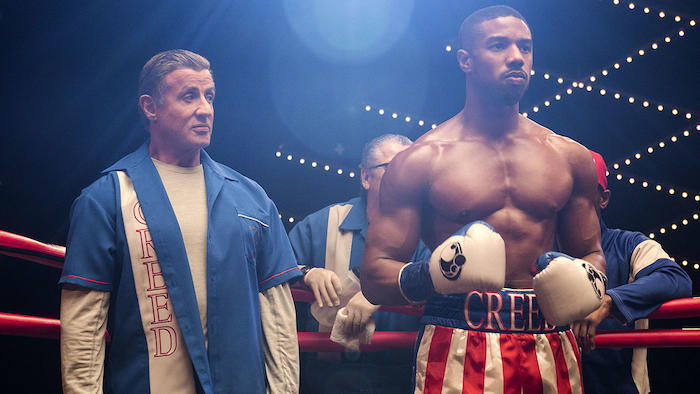 The first boxing match in particular is badly shot and edited. A far cry from the sensational one take sparring duel midway in Creed. That said, about half way into the movie, when the training montages start, the inspirational speeches kick in, and the soundtrack gets going, if you do not get a little excited then I do not think we can be friends. Micheal B Jordan is so incredibly charismatic, when downed during a fight, and he beats the mat with his fists, it genuinely elicited a gasp from me. There is a lot wrong with this sequel, but a lot right too. If you are looking for a fun trip to the cinema this Christmas you could do a lot worse, just do not expect anything too deep.