In the past few years, he has begun to make noise at international level thanks to his edits and reworks, published a handful of EPs and singles on labels like Street Edits, Giant Cuts, Midnight Riot, Boogie Café or Bons Records. His music is played and charted by top DJs such as Danny Krivit, Detroit Swindle, Red Greg, Horse Meat Disco, Jacques Renault, Rahaan, Marcel Vogel, Get Down Edits, Frank Booker...

In 2017 he started his own label Night Shift Records, devoted to edits and reworks of disco and house, where he has released two EPs of his own, getting great recognition worldwide. His first 7" was also published on the mysterious Disco Pocho label, being No.1 on the Juno Records website sales and his edit of Susana Estrada's classic 'Quítate El Sosten' obtained almost 50K listens on Soundcloud. In 2018 there will be the release of a new 7" on Neon Finger label, the second 45 on Disco Pocho, and new releases on his own label by himself and fellow producers.

Frias is also a passionate record collector and selector, he really enjoys playing different types of styles and tempos during his sets, from newbies to classics, covering a wide assortment of sounds ranging from the rare and obscure to the most well know, always betting to discover new sensations to his audience but keeping the dancefloor on fire.

He is currently resident DJ and booker of Discotizer, the best disco, boogie and house weekly party in Spain taking place every Friday at Marula Café Madrid, where he has invited and shared the decks with artists like Joey Negro, Danny Kirivit, DJ Rahaan, Red Greg, HMD, Eli Escobar, Dan Shake, Medlar, Get Down Edits, Marcel Vogel, Ron Basejam, Art Of Tones, Luxxury, Alkalino, Eddie C, Faze Actio and now he comes to Galway for MItch Presents Vol 16, June 2nd at The Garden, Electric from 11pm to 2.30pm with Mitch Presents on warm up duties. 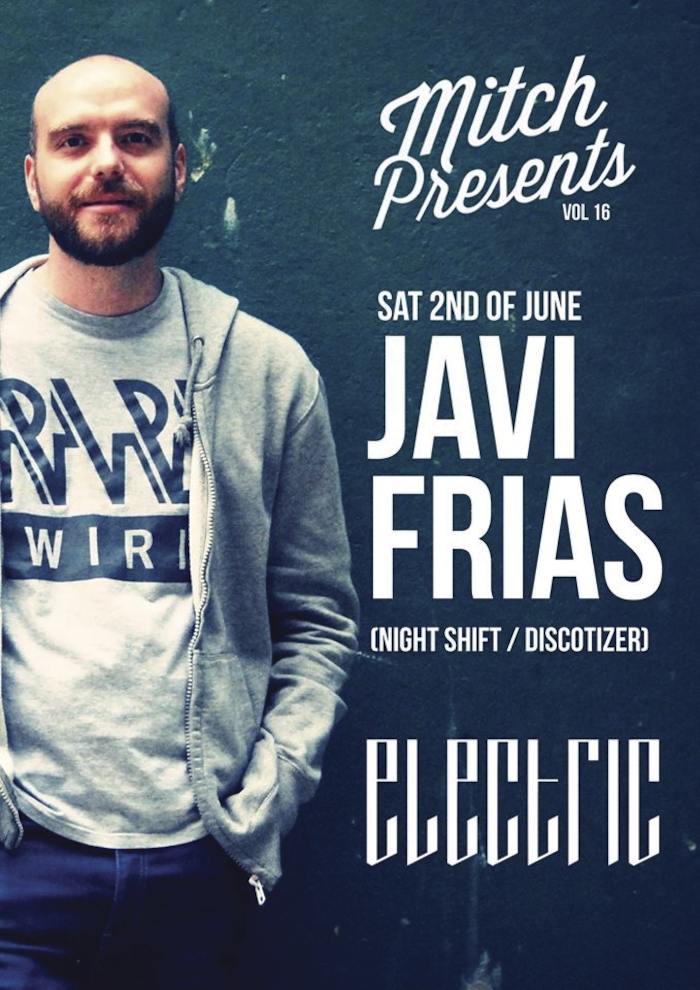