THE PHYSICAL presence and classy design of Julian Gough’s new novel, Connect, really does debunk the classic cliché of 'You can’t judge a book by its cover'.

The reader turns the page and reads: "She walks into Colt’s room without knocking." It is impossible not to continue and the reader will not be disappointed, As suggested by the opening sentence, the narrative voice is vibrant, strong, and entertaining and the story itself is intriguing.

Connect has all the hallmarks of such futuristic classics as War Of The Worlds and Brave New World, but it is also a strong stand alone novel full of excitement, twists, and turns, and stands shoulder to shoulder with any thriller being published today. 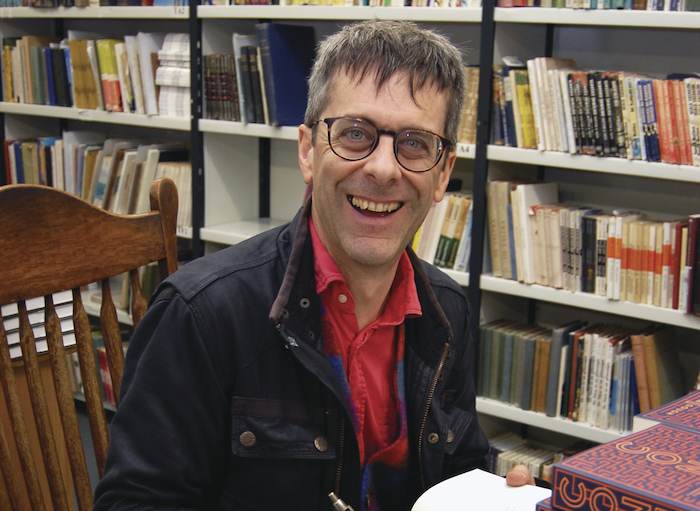 The story is set in the future in a modernistic world that is beginning to become more a reality than is comfortable, and while at one point, the world seems to be once more threatened with an Armageddon, it actually revolves around three people a father, a mother, and a son. The writing is so skilful that this theme, as with all the other salient features of the book, gradually emerge - such as the fact that Colt is on the autism spectrum - and as it does, the narrative voice takes on a renewed energy, adding to the book’s vitality and strength.

Every so often, the author creates a hiatus, a sort of apologia for his technique in which he defends his methodology: “....novels aren’t novels anymore. The new information - about the universe, your life, you - isn’t coming from fiction writers. It’s coming from scientists and programmers, and from computers themselves. Coming at you, in a wave of zeros and ones. The stories aren’t always beautifully expressed. But they have the tremendous twin virtue of being true and new.”

The author continues: “So the guy writing this book is surprised and pleased that he is suddenly channelling the zeitgeist. That he’s channeling me. That I’m telling this story instead of him. Because I can guarantee what he no longer can; this story is new. And true.”

With all of this, the basic theme of the book is of a couple’s inability to understand their child’s lack of engagement with the real world, and his withdrawal into a world of his own. It is this catharsis that gives the book its real power.