The swimmers will cross the 13km of the bay, starting from Aughinish in County Clare and finishing at Blackrock Diving Tower, Salthill. Each swimmer also relies on a support boats to go alongside them. Those interested in operating a boat support should contact Cancer Care West.

The Thornton family will also be taking part in the event. "The swim started with three guys wanting to swim the bay to raise some money for a service that helped Frances so much when she was sick," says Brian Thornton. "This year again, Kevin, Fiona, Claire and myself all took part which helps to mark the memory of Frances for us in a very special way. Cancer Care West offers such a great service to people who have cancer and to their families and friends supporting them through illness."

Fiona Thornton said: "Every year we are just blown away by the levels of support from everyone in Galway and everyone who is linked to the swim. It is always such a special day and everyone that takes part, helps behind the scenes, and runs the day, makes this swim what it is. We are all really looking forward to July and want to wish everyone good luck in their preparations." 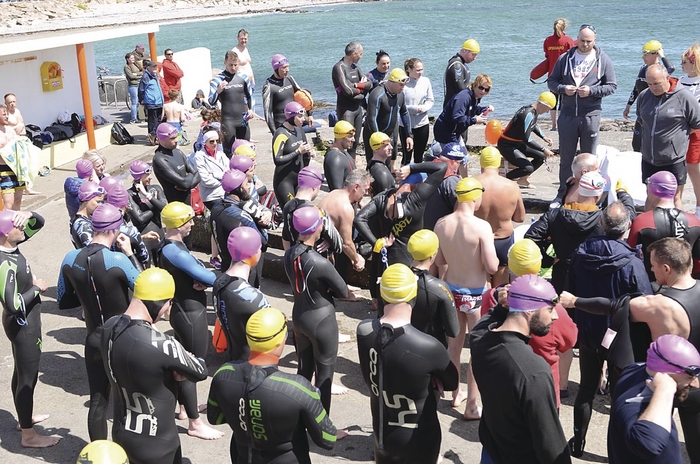 David O’Donnell of Cancer Care West said the annual swim is one of CCW's major fundraisers. "Each swimmer, all the boat crews and just everyone who supports the swim has helped to fund our services and to help those affected by cancer. This year we have a lot of new faces taking on the relays and more swimmers than ever from around Ireland are taking part."

The event was officially launched with the first time trial at Blackrock, last Saturday, June 3. A total of 67 swimmers battling through the wind to complete the 4km trial for solos and 2km for relays. The second time trial takes place on Saturday June 18 at 2pm, starting from Blackrock.