The emergence of racist and neo-Nazi graffiti in Galway has been linked with vandalism on the city's main mosque this week. However the public has stood firm with the Muslim community against any form of Islamophobia, while politicians have condemned the attack as "cowardly" and "dreadful".

The Masjid Maryam Mosque on the Old Ballybrit Road was attacked on Monday night, when rocks were smashed against its windows. The attack happened on Monday night at around 11.10pm, when a "sizeable number" of people were present inside for prayers. The mosque belongs to the Ahmadiyya Muslim Community of Galway.

This is not the first time the mosque has been attacked. According to Imam Ibrahim Noonan [photographed below by Mike Shaughnessy], "we have had incidents in the past where people have thrown stones at the mosque, but these attacks would happen when no one was in the mosque, but these people did this knowiing that people were inside the mosque, so this was a deliberate attack and I do believe it was directly connected to what happened in London."

However Galway has stood with the Ahmadiyya community against the Islamophobic attack, with Tuesday night seeing a solidarity rally organised by the Galway Anti Racism Network. Close to 100 people arrived at the mosque at 11pm, sharing tea and biscuits with the Ahmadiyya community and sending a strong message of support. Imam Noonan had already expressed throughout the day how much "good will had been sent" to the community "from the people of Galway". 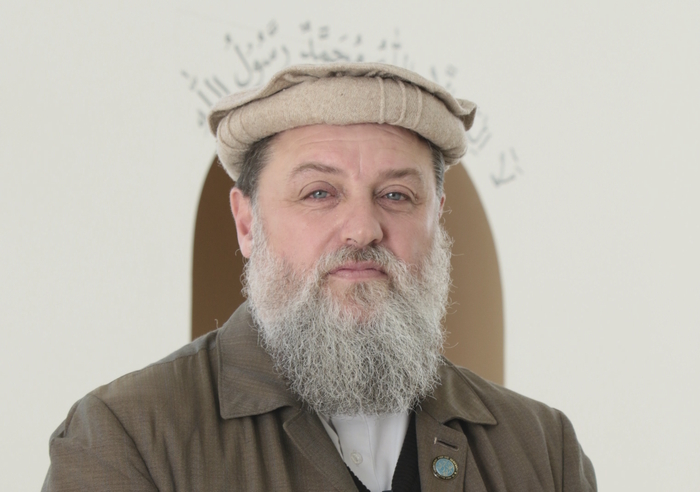 GARN has also announced it will be holding an Iftar (evening meal ending Ramadan fast ) at the mosque on Sunday June 18. The local anti-racism group also called on the people of Galway to stand with the Ahmadiyya community on Saturday when manning their weekly stall on Shop Street, and to attend their open day on the same day.

"It is important to note that Ahmadiyyas are not even considered Muslims by some sections of the wider Islamic population, and have been the victims of ISIS in many countries. Even the racism the perpetrators peddle is ignorant," said GARN's Joe Loughane. "This mosque attack comes after an increase in racist graffiti and stickering in the city. Unfortunately, due to the lack of hate crime legislation in Ireland, another incident of racism will be recorded incorrectly. GARN calls on the Government to enact such legislation in order to protect minority communities in a climate of prejudice and fear."

The recent spate of racist graffiti was also noted by The Labour Party in Galway. "That this attack took place as the Ahmadiyya community gathered inside to mark Ramadan will have been particularly upsetting," said constituency chair Andrew Ó Baoill. "It is important to note the worrying surge locally in neo-fascist and white-supremacist graffiti and activity that has preceded this attack."

He said Labour "condemns all acts of intolerance and we offer our support to our Muslim neighbours in the wake of this disturbing incident". He also called on the Garda to "vigorously pursue the investigation of the attack". 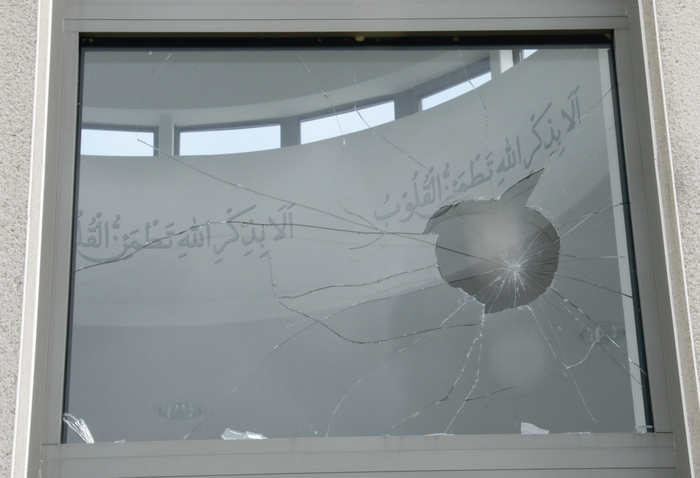 The Social Democrats’ Galway representative Niall Ó Tuathail has called on the gardaí to "step-up safety measures for minority groups". He called the vandalism of the mosque as a "cowardly act" which "does not represent Galway or Galwegians".

"Unfortunately, there are a small minority of people who want to make Muslims and other communities feel unsafe," he said. "This cannot be tolerated in any form. People of Muslim faith are welcome in Galway and contribute to the diversity and vibrancy of the city."

He also raised concerns about the emergence of an apparent neo-Nazi group in Galway. In April, he wrote to Galway Division Chief Superintendent Tom Curley outlining concerns about the activities of the group. He sought reassurances that minorities including the Muslim community, "were safe from attack from such groups". He said: "Monday's mosque attack shows that increased safety measures by gardaí are urgently needed."

Galway senator Alice-Mary Higgins said she was "very concerned" by the "dreadful attack" on the mosque, saying: "We should all be fearful of allowing divisive or hateful rhetoric to shape our response to the appalling terrorist attacks of recent weeks, instead we should take inspiration from the many voices who have responded with unity, courage, and love. Ireland's own past should strongly caution us against the scapegoating of any particular group or community. I stand in solidarity with all those in Galway and across the world who seek peace and healing at this time."

Galway's Christian leaders have also condemned the attack on the Masjid Maryam, describing it as "loutish, criminal behaviour" which was "particularly outrageous" given that it took place during the holy month of Ramadan.

"Our city has always enjoyed excellent inter-faith relations. This attack serves to further our resolve, and the resolve of our faith communities, to work and pray to ensure that these relationships are further deepened. At this difficult time we together offer our full and wholehearted support to Imam Ibrahim Ahmad Noonan, to the Ahmadiyyan Muslim Association of Ireland and to our Muslims brothers and sisters here in Galway and throughout Ireland. In an increasingly secular world, we look forward to further strengthening our bonds of cooperation, friendship, respect, prayer and peace."