Back in February, when the Dáil debated the hospital waiting list scandal, Fine Gael Galway West TD Hildegard Naughton fired out a press release detailing another outrageous statistic about UHG’s A&E Department - as if it had nothing to do with her party.

Insider actually viewed the February 9 hospital waiting list debate on Oireachtas.ie Dep Naughton did not stand up and condemn Government policy; she did not put on the Dáil record that Galway needs a new hospital. Indeed, Insider re-watched the debate a number of times to see if Dep Naughton was even present in the chamber. She was not visible, but after further inquiries Insider discovered she was only present when Galway’s Independent for Change TD, Catherine Connolly, made her contribution.

Insider wonders if the Galway city deputy is intending to emulate her near namesake (she opts for 'o', he for 'e' ) - the Roscommon/Galway TD Denis Naughten? Dep Naughten lost the FG whip in 2011 over his opposition to the closure of Roscommon’s A&E facility. Six years later, the Roscommon A&E is gone, but 'independent' Denis is not! He is now in Cabinet with his Blueshirted buddies.

During the February 9 Dáil debate, Dep Connolly expressed her opposition to government initiatives where State funds are pumped into the private health sector. It is unlikely Dep Hildegarde Naughton - or anyone else in Fine Gael - will crusade against this. Remember on November 11 2016, Dep Naughton gleefully posed beside An Taoiseach, Enda Kenny, for a photo opportunity at Galway’s private Bon Secours hospital.

While Dep Naughton was smart enough not to be seen during that Dáil debate, Independent Alliance Galway East TD Sean Canney was seated beside the 'boy' Minister for Health, Simon Harris, therefore bestowing his approval to FG’s sick 'health' policy. He may yet rue that decision.

However we should not forget that the 2012 EU Fiscal Stability Treaty prevents the State from borrowing to sustain public health services or indeed social housing. However, squandering a fortune to privatise our domestic water supply is permissible. Insider reckons €1 billion has been wasted on this debacle, from setting up Irish Water to installing the pointless water meters. 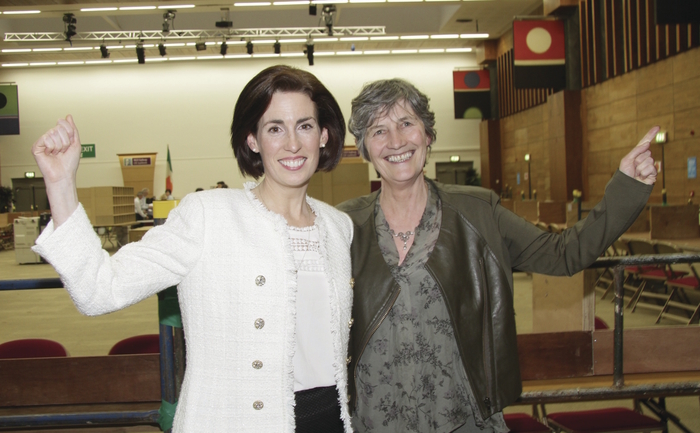 That, though is nothing compared to bailing out the banks. According to the EU-critical People’s Movement (www.people.ie ), since 2008, €1.5 trillion of taxpayers’ money in the EU has been used to rescue ailing banks. Of that sum €213 billion has been permanently lost. In the context of the EU’s strict fiscal rules, let us cast an eye on another disaster area, the housing crisis.

Last year, the Dáil Committee on Housing and Homeless sought to have Housing Minister Simon Coveney declare a housing “emergency” in the absurd hope the EU Commission would allow flexibility in the fiscal rules, thereby allowing public housing to be financed. Some of the Dáil Left – including Sinn Féin and PBP/Solidarity - have adopted this naïve view of the EU. Were they all asleep, as Brussels and Frankfurt have tortured the Greek people with austerity? Did they fail to notice the EU Commission refusing Italy’s request to borrow funds to deal with the devastating earthquakes late last year?'

As the People’s Movement has highlighted: due to the EU’s free market ideology, State investment in public housing is restricted by EU requirements on State aid as it would give State housing provision an “unfair advantage” over private provision.

A TASC report by Rory Hearne shows that the housing crisis is not an accident, but it is part of successive governments’ strategy to achieve economic “recovery”. This strategy is two pronged - one, it requires a re-inflation of Irish property prices and rents (something we have been seeing a lot of in recent times ); and two, the attraction of international property investors and vulture funds to buy up - at knock-down prices - toxic loans and assets with the guarantee that house prices as well as rents would rise.

In 2013, Minister for Finance, Michael Noonan, made these investments even more lucrative by creating a low tax regime for real estate investment trusts, the rental profits of which were made exempt from corporation tax. There was no protest from the EU that the private sector was accruing “unfair advantage” over the State-housing sector through these generous tax breaks.

For example, the US real estate fund Kennedy Wilson has €2 billion of assets in Ireland and in 2015 paid no tax on its profits - which rose from £13.9 million to £19 million. Given the failure of the State to provide social housing, we are now faced with a serious housing crisis, which means growing homelessness, spiralling rents and house prices.

Nevertheless, according to the Government, the economic recovery is happening and the coalition expects these international property funds to play a major role in addressing the housing crisis. If Focus Ireland’s recent survey is anything to go by that is unlikely. It showed “one third of people struggle to pay their rent or mortgage every month.” Meanwhile there are fears Government policy is creating another housing bubble.

What good is the State if it cannot provide a decent health service and proper public housing? Well, according to a press release by Dep Hildegard Naughton last April, for a mere €15 million the State is providing us with a new “Garda Divisional HQ”, which will be a “Centre of Excellence” and “a significant addition to policing infrastructure and resources in Galway” with “a firing range and training centre for armed detectives and elite specialist units.”

Like her pronouncement on the need for a new hospital, Dep Naughton seems oblivious to her own party’s unparalleled efforts to destroy rural policing. How will this obscenely big barracks improve the “policing infrastructure” in rural County Galway? Can it compensate for the closing of 10 rural stations in 2013 that only cost the Exchequer €3,000 yearly to keep open? And in what way will “a firing range….and elite specialist units” make up for the fact that 16 rural stations, which are staffed part-time, have no Garda car at their disposal?

Dep Naughton and Fine Gael, you are not fooling anyone.