When Kellyanne Conway offered up "alternative facts" as a line, arguing that White House press secretary Sean Spicer had not, actually, lied about the size of Trump's inauguration crowd, she was quickly pounced on, and became something of a laughing stock. Multiple metrics, after all - from aerial photography, to passenger numbers for public transit - showed that the crowd was, in fact, smaller than both Trump and Spicer had claimed.

'Alternative facts', in other words, seemed nothing other than a synonym for 'lie'. And yet Insider's initial chuckle has been quietened as he came to realise that Conway's term was perhaps more artfully phrased than initially realised.

It has become clear, of course, that Spicer's job is not so much to provide information to the press, to shape the narrative they go on to create, as to provide a show for an audience of one. Trump, it has been reported, pays careful attention to Spicer's performances, providing detailed critique ("Wear better suits!" ), and wants a certain message, provided in a certain way. "Show them that my crowd was bigger!" So Spicer wheels out large photographs that appear consistent with Trump's claim at CIA headquarters that "it looked like a million and a half people. Whatever it was, it was. But it went all the way back to the Washington Monument. And I turn on - and by mistake I get this network, and it showed an empty field."

So, on one level, we can read Conway's 'alternative facts' as about this change in context - Spicer's photos are from the perspective Trump had, where it would indeed have looked like a large crowd, receding away from him, rather than from the angle of a distant observer looking at the rear of the crowd, where it was possible to see where it petered out.

There is something more, though. Conway's professional background is as head of the innocuously titled The Polling Company. Among her specialtiies was producing polling results essentially to order - when the Augusta National Golf Club wanted to push back against calls to open membership to women, in 2003, it was to Conway they turned. Conway used a string of questions that act to 'prime' respondents - framing critics of Augusta as "more concerned with attracting media attention for herself and her organisation" and "insulting to women, because it makes it seem that getting admitted to a golf club is a big priority to all women".

If you ask enough skewed questions, one will give you a serviceable result (and you need not publish, or highlight, the questions with less supportive results ), but more than that, particularly when it comes to topics on which respondents do not have strongly-held existing opinions, they are susceptible to priming and framing effects.

Neil Postman, the media ecologist, recounted an anecdote in one of his books, about two priests who happened to be smokers. One contacts the Pope asking if it is permitted to smoke while praying, and gets slapped down. The other asks if it is permissible to pray while smoking, with more successful results. The framing of a question can do much to shape the opinion secured.

In short, reality, even if formed out of fixed data points, is a malleable thing for a pollster like Conway. The alternative facts Spicer provided might appear deceptive - but they can instead be read as being aimed at those already primed to view the world a certain way, bolstering such views and finding a ready-made audience.

If you believe Trump is the essence of success, if you believe that 'coastal elites' are out to undermine Trump, then Spicer's version feels right, even if there are inconsistencies in the details. Insider is reminded - yet again - of 'Truthiness', coined by comedian Stephen Colbert, to describe an emotional resonance that feels 'right' even as it leaves objective truth and facts behind. 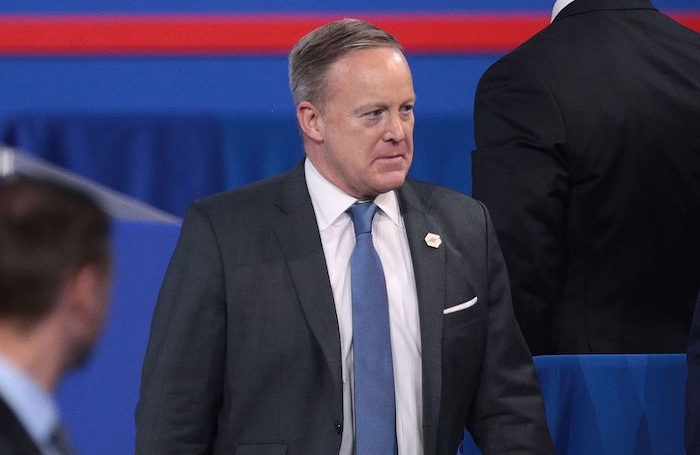 So we have a US president whose senior staff are immersed in a world where the truth is contingent, constructed, context-dependent. Surely there's some form of irony, then, that he takes such umbrage when media outlets choose a framing, a context, that is at odds with his. "You can have any colour you like, so long as it's black," said Henry Ford. So is it with the Trump administration - bend the facts any way you choose, so long as the result is favourable to us.

The term 'fake news' was first used in the past election cycle to refer to sites that produced fabricated content that appealed to political partisans - that had the potential to 'go viral' and thus generate advertising revenue for the originating site. Some analysis suggested that such false items were more prevalent in conservative circles than liberal ones, though the reasons are not wholly clear. (The aphorism 'facts have a liberal bias' is appealing, but does not explain this issue. )

These early research findings clearly got under the skin of at least one conservative online, and Trump has taken to referring to news outlets that critically report on his administration as 'fake news', even going so far as to call the media as a whole 'the enemy of the people'.

These are dangerous claims - much as the claim (seemingly sourced from right-wing media ) that Obama illegally tapped his phones is dangerous. A functioning democracy requires an independent press that acts as a watchdog on those in various positions of power. It also requires a legitimacy that is grounded in a shared acceptance of a set of basic understandings of how the world is, and should be, structured. Alternative facts - ones that baselessly undermine basic things like whether you can trust election results, or whether the media are not just flawed but ‘the enemy of the people’ - pose an existential threat to these basic elements.