Mayo’s reign in Connacht was always going to come to an end at some stage, on a drizzly and grey night in Castlebar the maroon and white invaders from south of border, stared them down and stood tall at the end of the battle. When the final whistle went, the Galway faithful celebrated their 39th championship win over their old rivals with as much gusto and glee as if they had just claimed the All Ireland title.

They drank it in long after Conor Lane had blown the long whistle and they deserved to, because when it came to the crunch and this game was there to be won, the stood tall, put their chests out and they just wanted it more and got their just rewards.

When Cillian O’Connor kicked Mayo’s 11th point 49 minutes in it looked like Mayo would put a very shaky and stodgy performance behind them and go on to win the game and book and spot in next months Connacht final. But, Galway hadn’t read the script and they refused to bend the knee and they found the higher gears while Mayo were stuck in neutral.

Gary Sice kick started their drive for home from a free after Kevin Keane had needlessly fouled Damien Comer close in on goal and the gap was back to three points. That was only Galway’s second score of the half. 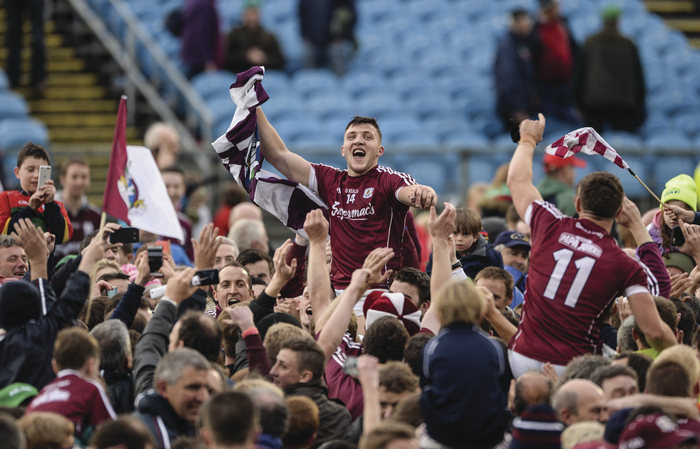 Mayo lost the next kick out and Johnny Heaney pulled his effort wide, from the resulting kick-out Robert Hennelly failed to find Tom Parsons out on the stand side of the field. Tom Flynn picked the ball up, shook off Parsons and found himself in acres of space baring down on goal nobody went to close him down on time and he drove it low past Hennelly to pull Galway level.

The Tribesmen won the next kick-out again and the ball broke to Paul Conroy who drove at the heart of the Mayo defence and pushed them into the lead on a score line of 1-9 to 0-11 and they never looked back.

Mayo tried to get their groove back but they were knocked for six and never recovered from it and reeled off three more unanswered points with Danny Cummins finishing off a move started by the Galway defence after their teak tough tackling saw them turn over Aidan O’Shea and then Cillian O’Connor before the ball was driven long in on top of Cummins, who shook off his man, fell to the ground and still was able to get up and drive the ball over the bar.

Mayo went for broke and changed things up and ended up with Lee Keegan playing at full back on Comer. The Galway full forward won the first battle of this dual and broke for goal, Keegan hauled him down and should have picked up a black card, but he didn’t. Sice stepped up and slotted the free over the bar and the gap was three points.

Two minutes from time Conroy put the full stop on the game winning a free pumped into the middle off the park, shaking off Parsons en route and slamming the ball over the bar putting Galway four clear. Mayo did close the gap back to three before the end through a O’Connor free. But it wasn’t enough as Galway went on to see off Mayo for the first time in eight years in the championship. 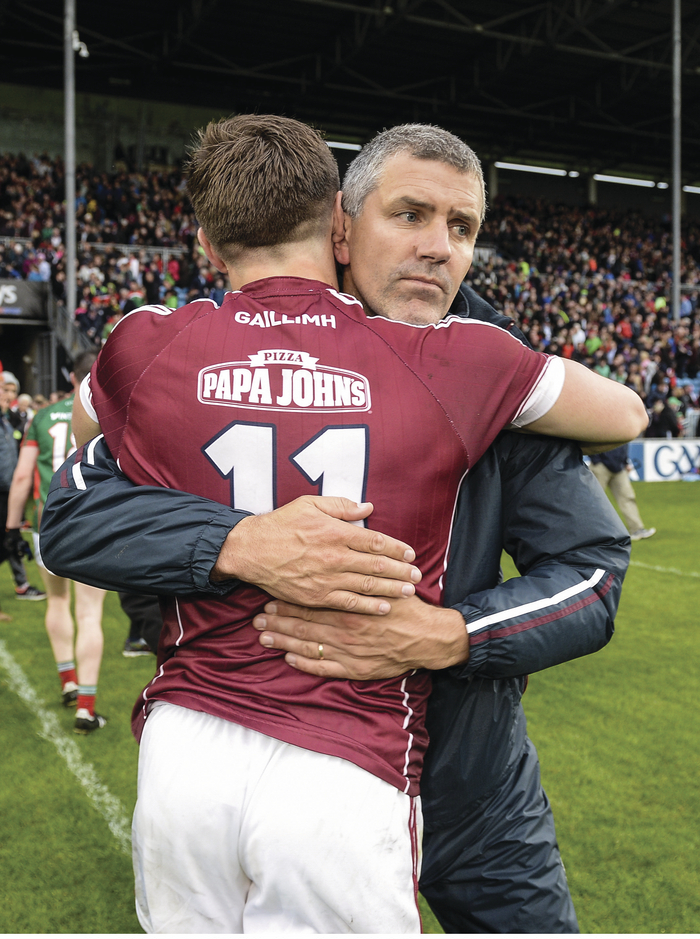 The first half was dour enough opening 35 minutes, with both sides radar in front of the posts malfunctioning badly. Mayo kicked ten wides in the first half, and it was only a late flurry of six points from the 30 minute mark until the end of injury time that they saw them going in leading by two at the break.

Galway were leading by 0-5 to 0-2 thanks to scores Sice (2 ), Eamon Brannigan (who marked his championship debut with three points ), a peach of a score from Shane Walsh and one from Johnny Heaney. Mayo had replied through two O’Connor scores from placed balls. A charging run from Colm Boyle which ended up with the Mayo number six putting it over the bar kick started some life into them. That was quickly followed by a Parsons effort and then a run of scores from O’Connor, Keegan, Stephen Coen and Jason Doherty, with Brannigan kicking his second point in reply to send Mayo in leading by 0-8 to 0-6 at the turn around.

But when it came to the final furlong it was Galway who showed their stuff in front of 21,784 paying spectators in Castlebar. For Galway a date with the Rossies in the Connacht final awaits, while for Mayo it’s the backdoor for the first time since 2010.