One of my abiding memories of Brían Bourke is of the day I visited him at his home with my two daughters who were then aged seven and five. Brian took us out to his garden where my daughters saw there was a trampoline. Brian promptly invited them to play on it and, removing his own shoes, was soon bouncing along energetically with them to their huge delight and entertainment.

It’s a cameo that speaks to certain qualities that have also animated Brian’s art for the past six decades; qualities of ebullience, humour and a refusal to stand too much on ceremony or self-importance. Of course his work is also marked by tremendous skill, a flair for line and colour, and is allied to imaginative verve and vision. In the words of Seamus Heaney, Bourke is a painter “who, by the intensity of committed vocation and by a boldness of endeavour, has made marks that are representative, immediate and salutary.”

The exhibition addresses different themes in Bourke's work, and seeks to create new narratives through juxtaposing different works together. GAC's gallery becomes a place for the audience to explore Bourke's process; how one painting, experience or memory can instigate a series of new work or ignite a response to an existing one.

On the day the exhibition opened (last Friday ), Brian chatted with me about some of the preoccupations that have often inspired him and that feature in the works on show. I began by asking him about his father, who features in one of the paintings, and his own background in Dublin.

“My father was the same age in 1966 as I am now,” Brian replies. “He was in his 80th year. I did a series of self portraits more or less to celebrate this singular event and I put them together with the portrait I did of him when he was my age in ‘66. I was born and reared in Sandymount. There were loads of siblings, there were 11 of us altogether. There are only three of us now, my younger brother and my older sister, who lives in New York.

"My father was a musician, he wasn’t professional but he made music, he played the two row button accordion, the fiddle, the flute, various other instruments of that sort. He was one of these typical Irish men for whom traditional music was important - and sentimental codswallop as well.”

Brian briefly studied at the National College of Art and Design and then moved to London. Here he also had intermittent stints of academic study but, much more importantly, immersed himself in the works of the masters which he could access in the city’s galleries and museums. He has spoken previously of the specific impact of Antonio del Pollaiolo’s Apollo and Daphne [a detail of which is below] as a painting that opened his eyes to the true significance of art. 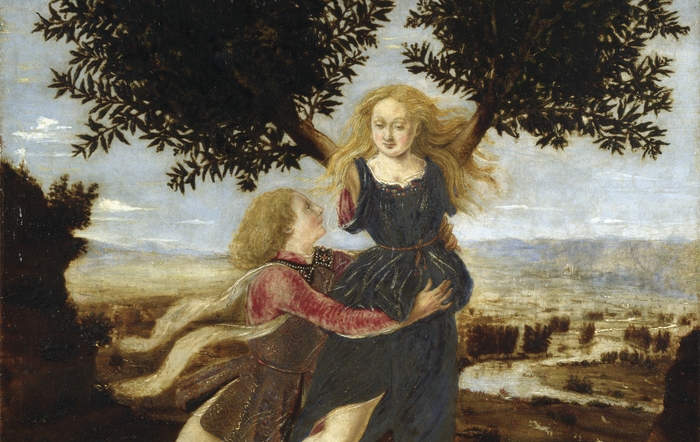 “You could be looking at paintings, or reading poetry, or listening to music for a long time automatically and they are like the background sound in your life,” he says. “If you’re lucky it dawns on you that there are certain things that are extraordinarily beautiful. It might be one piece of music, or reading a poem, at a certain time in your life and it opens your eyes to the qualities that can be found in the arts.

"That happened to me though I was always interested in art, even when I was a kid, and it’s not at a sentimental level, it’s something else, it’s more mystical than that. Then things opened up. I was coming to it anyway and it just so happened that it was when I saw Apollo and Daphne, it’s only a small painting, a figure of a woman turning into a tree with a male figure reaching out to her, and there is a river in the background which in the myth is her father. It just showed the magic of what you can do with painting, on a surreal level as well as everything else, it just really came home to me with that one.”

Samuel Beckett and specifically Waiting for Godot is another of Brian’s preoccupations and the exhibition includes a number of his paintings, placing Godot’s tramps, Didi and Gogo, at the foot of the crosses of the two thieves crucified with Christ.

“When I was a young fella in London Beckett’s books were coming out and I was reading them as they did, Murphy, Malone Dies, and so on, they were about seven shillings and sixpence,” Brian recalls. “I was reading his poetry as well which I liked very much. Then I saw the first English production of Waiting for Godot which really struck me. It hit London quite hard at the time, it was criticized initially but that actually helped the progress of the play. I saw a good bit of theatre at the time, I was working in a pub in Leicester Square. John Arden’s Serjeant Musgrave’s Dance was another play I remember well, that was terrific, the Irish actor Donal Donnelly was in it.”

The figures of the thieves in Brian’s paintings, with their dynamic postures, are inspired by a sculpture of the early 17th century German artist Georg Petel. “They are beautiful,” Brian declares. “The original sculptures are only small things, they are in the main museum in Berlin, that’s where I saw them.” 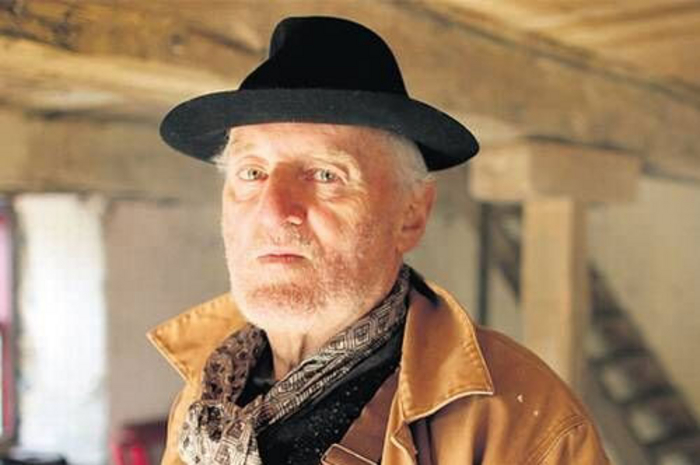 Bourke is justly celebrated for his many wonderful portraits and naturally a number of these are in the exhibition. How does he usually work on these? “What I do is, I work fast. I do a load of drawings and I’m prepared for the painting,” he replies. “Sometimes I only need about three days. Sometimes the sitter will have to return a few times. If I have four or five days of sitting at regular hours, coming in in the morning and starting at 10 and working 'til early afternoon, that’s the way I like it. I choose people who are willing and able…and are good-looking!”

Among the new works on show is the series inspired by observing the Contempo Quartet in action. “They were rehearsing in a church hall in Oughterard, when they rehearse they do it quite intensely,” Brian tells me. “They rehearse for a few hours then go home and collect their kids. I went along set up my drawing pads and drew them as they rehearsed, it was the same process as when I sat in on Druid’s rehearsals of Waiting for Godot years ago. There is that mobility, the repeat mobility just as there is with actors; you know you are going to see the same movements again so you draw almost constantly as they are playing. Then they came on another occasion for a week to my studio here and rehearsed here.”

When asked for his reflections on reaching the milestone of 80, Brian’s humour kicks in again. “As you get older you have a better capacity for fooling yourself much more easily, making an eejit of yourself and thinking it is wisdom, you can impart stupid remarks as if it was the depths of wisdom - that’s the only skill you arrive at in your old age," he declares with a wry chuckle, before adding, “I’m still working and being kept busy. I love to be able to get at the work and that’s always been the same and that’s a good gift."

The exhibition at the arts centre continues until Saturday July 2, and there are two special events coinciding with it; firstly, Contempo play a free concert in the gallery at 6pm today; on June 30 in the Nuns Island Theatre at 6pm, filmmaker Bob Quinn will introduce Self Portrait with Green Car and Lilliput, two films made in the 1970s with Brían Bourke. These will be followed by a talk by Bourke himself.