How did Terry Wogan inaugurate young announcers? Why did the newsreader fall off the chair? What caused Larry Gogan to collapse in giggles? Irish radio is not always as serious as it has sounded.

Behind the solemn sound of serious programmes, there was hilarity and laughter. In his new one-man show, Sorry, We’re Off Air, which comes to the Town Hall this weekend, veteran broadcaster Brendan Balfe recalls personalities and eccentrics who became household names.

In his 50 years in broadcasting, Brendan worked with all the greats and his memories and anecdotes of Terry Wogan, Mike Murphy, Maurice O’Doherty, and Dermot Morgan are full of colour. He also tells of meeting famous performers like Peggy Lee and Jimi Hendrix.

Renowned for his comedy and documentary programmes, Balfe has also been a scriptwriter, producer, author, performer, and television associate, as well as winner of three International awards for radio comedy. His accounts of broadcasting legends - and their foibles - will add up to a fascinating and hugely entertaining experience.

Balfe grew up in Rialto and his passion for radio began in his teens. “In those days Radio Éireann had no pop programmes so I mainly listened to Radio Luxembourg,” he tells me. “Barry Aldiss and Pete Murray were my heroes, they had a lovely, warm, style. Eventually an Irish Top Ten was introduced on Radio Éireann in 1962, but there was still only a couple of hours a week of pop.

“I was the dance secretary of the youth club in Mount Merrion which was known as The Barn and I organised the bands. One band guaranteed to draw a crowd were The Caravalles, with John Keogh, who went on to be The Greenbeats. Once you got those you’d have a full house but they were twice as dear as anyone else.

"John Keogh became very famous on the showband circuit but my big attraction to him was that he was a disc jockey in Radio Eireann. It was him I asked who to contact in Radio Éireann to get in there and he told me to write to Kevin Roche who was Head of Music. I wrote to Kevin in 1963 and he wrote back offering me a voice test so that was how I got my start.”

Balfe describes his early days with Radio Éireann. “I was a part-time station announcer," he says. "As it happened, anyone else they had on the books as a part-timer moved on to different places so I was the only one there and was working pretty much every day. We had to do everything, for instance one weekend I did Ceili House on Saturday, Symphony Concert live from the Gaiety on Sunday, and Ireland’s Top Ten on Monday, that was how the roster went.

"I was also working in insurance at the time, at the Insurance Corporation of Ireland, in Dame Street. I’d sneak out of Dame Street at 4.30, half an hour before I was meant to finish, run down Henry Street, over the Ha’penny Bridge and be on air at 5 o’clock. One day my boss at ICI asked me ‘how do you manage to be with us at 5 o’clock and on Radio Éireann at the same time?’ and I replied ‘Oh they are all recorded at the weekend!’” 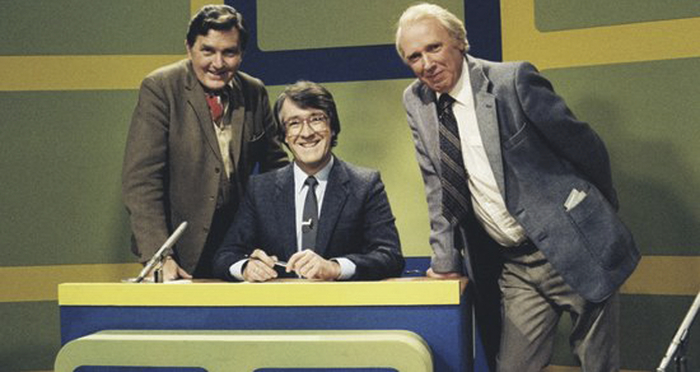 Comedy has been a feature of many of Balfe's programmes. He won three international awards for radio comedy and his ‘Pathetic News’ feature on Balfe Street, was the only original satire on Irish radio for many years. “The comedy evolved because there was a gap in the market,” he tells me. “I used to go to America a lot from the 1970s onward - I used to produce in-flight audios for the 747 Jumbo jets, I’d be over two or three times a year recording stuff for them on a freelance basis. I always picked up comedy records and I had more records than anyone else and had lots of American stuff that was never released over here. I started using them, just dropping a track in and play records after.”

In 1968 Balfe set a world record for the longest ever continuous radio broadcast (12 hours ) which was around the funeral of Robert Kennedy. He explains how it unfolded.

“The precursor to that was on the day of his shooting I was on the air doing a request programme in the morning," he says. "My producer suddenly held a note up to the window –we had no talk-back in those days – saying ‘newsflash, Don Cockburn’ and it was the announcement that Robert Kennedy had been shot. As fate would have it the record I had primed to play was Massachusetts by the Bee Gees which has the lines ‘the lights all went out in Massachusetts’. It would have been very appropriate but highly tasteless so I didn’t play it.

"Two or three days later they were covering the funeral, Mike Burns was in New York. The schedule read 7.30pm to 8pm and then I was due to hand over to Mike until midnight. But the funeral cortege had to come from Los Angeles via train and there were hundreds of thousands of people lining the route so it was hours and hours behind schedule. So I got ‘we have nothing to report Brendan, back to you’.

"I just kept on playing music, and kept on and kept on and trying to get the balance right, I was meant to play solemn music but not overly solemn. The RTÉ library was closed and I had to deal with what I had but I got through it. Mike eventually came on but he would hand back to me every hour and we finally finished at 6 in the morning and then I just kept it going until we opened officially at 8am. At the time it was the longest continuous broadcast in the world for a news broadcast, I think it held the record for a year or so.” 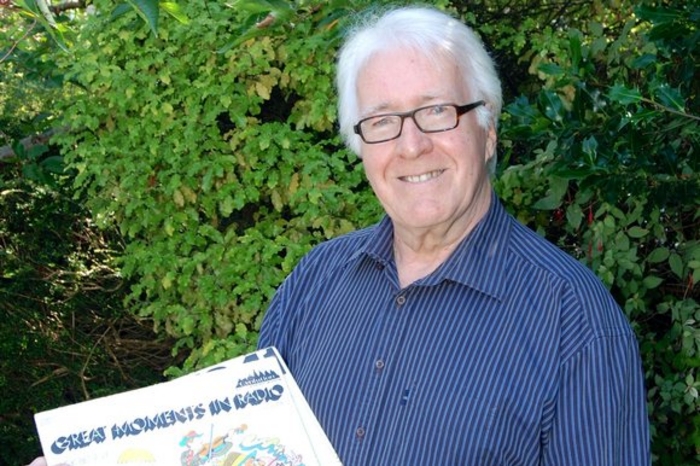 From 1999 to 2010, Balfe was the music policy co-ordinator for RTÉ Radio 1, responsible for the choice of contemporary music across the schedule.

“I enjoyed that,” he states. “It came from the fact that the controller at the time, Kevin Healy, was saying we should be playing adult contemporary music. The playlist section came into being which means I picked records, 20 per week, which were the current ‘safe for broadcasting’ songs in the sense that they would fall nicely into any programme.

"We particularly indulged Irish singers and Irish artists and new performers. I also introduced the album of the week on the Ronan Collins show. It was to make sure we were using our fair value of contemporary music in the schedule; some people would have a tendency to play old records. It became a big thing to be on the radio playlist.”

Balfe reveals what audiences can expect from Sorry, We’re Off Air. “I tell stories and also use clips which I’ve stolen from various places and mistakes/bloopers from assorted programmes," he says. "You hear Charles Mitchel falling off a chair when he was trying to read the news. The stories show that Radio Éireann, a public service broadcaster, it was more like a local station than a national station. It was in the GPO until 1974 when we moved to Montrose. Everyone knew everybody.

"Madigans in Moore Street was our regular and there you would see Larry Gogan talking to Seamus Heaney, Ciaran McMathuna, Prionsais McAonghusa, men of letters, poets, musicians, artists, actors from the Radio Éireann players, all sorts of people who would not be pigeonholed and who got on with each other. It was a university of the air for me, a microcosm of the world. That dissipated in Montrose because the building was bigger so the sense of community didn’t quite happen. But behind the sober face of Radio Éireann there were a lot of eccentrics and colourful types.”

Brendan concludes with his account of how the show got its title; “When I was an announcer in Henry Street one of the duties was to act as station supervisor especially for younger announcers. Treasa Davidson came in on a probation basis and she was announcer one evening. I got a phone call from the engineer to say we’d been off the air for a few hours but were back now so would you mind apologising. I gave Treasa a note on this and I must have written it backwards because it went out as ‘if you listen to us on the Athlone transmitter, I’m sorry we are off the air’. As she said it she remarked ‘That doesn’t sound quite right’ but she kept on going!”

Sorry, We’re Off Air is at the Town Hall Theatre this Saturday at 8pm. Tickets are available from the Town Hall on 091 - 569777 or www.tht.ie