Uachtarán na hÉireann Michael D Higgins and French Ambassador Jean-Pierre Thébault will be the guests of honour next week when the city opens three days of celebration to mark the fortieth anniversary of its twinning arrangement with Lorient in Brittany.

Uachtarán na hÉireann Michael D Higgins will be the guest of honour at the event, which will also be attended by the French Ambassador Jean-Pierre Thébault, the Honorary French Consul in Galway, Catherine Gagneux, as well as a delegation from Lorient including poets, musicians and cultural activists, and city officials. Lorient was the first city with which Galway was twinned. France and Ireland have a long history of twinning with c150 cities twinned. Of these, 96 are in Brittany.

The core values of twinning are friendship, cooperation, and understanding between peoples, and the organisers hope the weekend's events will reinforce and strengthen the ties between Galway and Lorient. Representatives of various cultural organisations in Lorient will travel to Galway to discuss ways in which the relationship between the two cities can be further enhanced through sport, music, culture, and education, and how opportunities can be created for an interchange of ideas and fostering a better appreciation of the respective cultures.

According to Uachtarán Higgins: “The inhabitants of Galway and Lorient have been able to draw on the commonalities they discern in their respective pasts to build a warm community of twinning, rich with friendships and mutual curiosity." 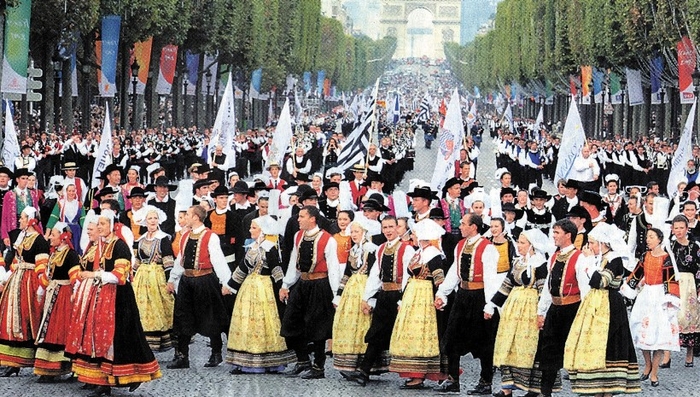 On Friday 18 there will be a Mayoral reception in City Hall to welcome the delegation from Lorient. At 19.30, students from the English Society of Lorient will be perform the play [email protected] in NUI Galway Bank Of Ireland theatre. Admisison is free.

At 12 noon there will be the signing of a formal twinning agreement between Salthill/Knocknacarra GAA Club and Lorient GAA Club at Aras Bóthar na Trá, Salthill. At 12.30, Lorient poets Patrick Argenté and Lydia Padellec will read from their works, as will Galway based poets John Walsh (reading for the late Kevin O'Shea ), Abel Garcia Cortina, and Máire Wren, at Charlie Byrne's. The event will be hosted by Susan Millar DuMars.

At 2.30pm, Uachtarán Higgins and Ambassador Thébault will officially open the 40th Anniversary Photographic, Memorabilia and Art Exhibition, marking four decades of links between Galway and Lorient, in the Market Street Gallery (former Connacht Tribune print works ). The exhibition will be complemented by a show from the Artspace Studio artists, who have a long-standing association with Lorient, via the Festival Interceltique, alongside the exhibition Knock Knock by photographer Jane Talbot. The exhibitions will run for one week.

The day concludes with a concert of Irish and Breton music at the Fest Noz/Céilí in Black Box Theatre at 8.30pm, featuring some well known musicians travelling with the French delegation.

Sunday 20 will be the farewell brunch at Galway City Museum. There will also be trips on Claddagh Hookers to Mutton Island and back for visitors.