The 1916 Rising was the pivitol event in modern Irish history, unleashing a chain of events that would result in the formation of the State in 1921 - and Galway was one of the few places outside Dublin where significant action took place during the Rising.

Given the role Galway played in 1916, it is fitting that Galway should play a strong role in the Ireland 2016 Centenary Programme, and the Galway City Council is calling on the people of Galway, local historical or heritage groups, sports clubs, arts organisations, and community groups to attend an open meeting on Thursday June 4 from 6.30pm to 9pm in the Galway City Museum, Spanish Parade, to discuss the development and delivery of a local programme.

The Galway programme will be co-ordinated by Gary McMahon, City Hall's senior executive officer, arts, culture, and communications. The meeting will hear a presentation on the Ireland 2016 Centenary Programme, after which participants will be invited to take part in a facilitated session to share ideas, projects, and initiatives. Those interested in attending should email c&[email protected] in advance. 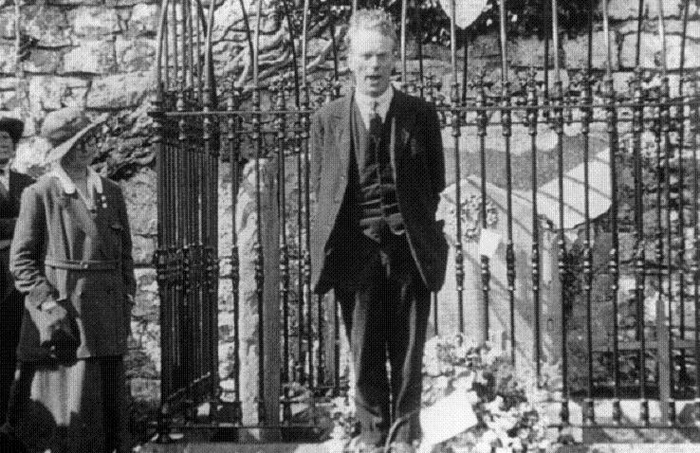 Liam Mellows, who led the Galway Rising in 1916, photgraphed some years later addressing a rally at Bodenstown, County Kildare.

Ireland 2016 is a year-long programme of activity, in which everyone is invited to participate, to commemorate the 1916 Rising, to reflect on our history as an independent, democratic State,and to look towards Ireland’s future.

“Ireland 2016 is a once-in-a-century invitation to people of all ages, at home and overseas, to shape and take part in a diverse range of historical, cultural and artistic activities," said the chief executive of Galway City Council Brendan McGrath, "all designed to nurture reflection, commemoration, celebration and debate. There is a wealth of imagination, energy and vision available to us in Galway city and I want to encourage everyone to get involved in their own way so we can make Ireland 2016 a truly national event.”

Details of the Ireland 2016 Centenary Programme are available at www.ireland.ie