A new pedestrian and cycle bridge, parallel to the existing Salmon Weir Bridge, has been granted planning permission by An Bord Pleanála.

The permission, which was granted this week, will allow the Galway City Council to proceed with plans to make one of the busiest bridges in the city - for pedestrians as well as motorists - much safer and more convenient to cross. 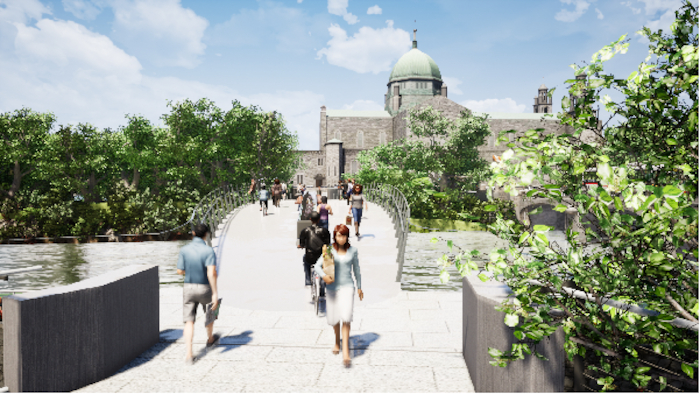 The next stages in the process will be to complete the detailed design and tender documentation for the construction phase; then to invite tenders and award the contract, with construction due to begin in early 2022.

The approval has been welcomed by the chief executive of the Galway City Council, Brendan McGrath. “This significant development will tie in closely with other projects such as BusConnects Galway, public realm improvements on Newtownsmith; and the creation of a Civic Plaza at the Cathedral/Gaol Road,” he said. “These will all work together to create safer spaces for pedestrians and cyclists as they move through the city, as well as a more enjoyable public realm for all.” 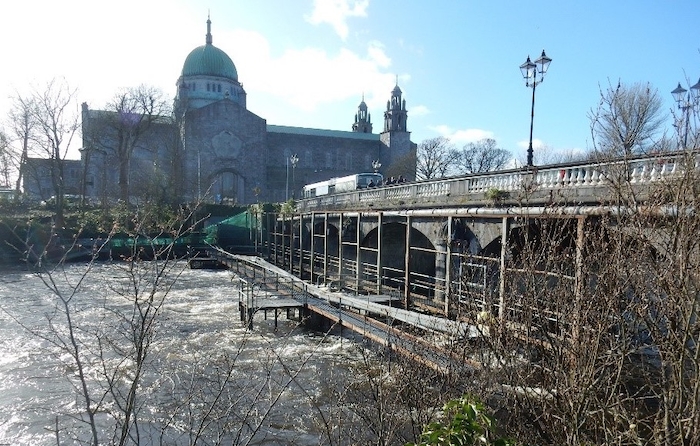 Mr McGrath added that the bridge, which will have views of the River Corrib, the Salmon Weir, the Galway Cathedral, and the natural and built heritage of the area, will function as both “transport infrastructure, and architectural and urban amenity space”.

The Salmon Weir Pedestrian and Cycle Bridge forms part of the Galway Transport Strategy, which aims to enhance sustainable travel within the city centre and reduce dependency on private motor vehicles. The city council secured co-funding for the proposed development under the European Regional Development Fund with matched funding from the National Transport Authority.