More than €170,000 has been secured to develop a ‘creative space’ at the Nuns Island Theatre - a move which will represent a further 1,800 square feet of cultural space in the city.

The funding, totalling €179,893, was secured from the Government by the Fine Gael Galway West TD, and Minister of State at the Department of Transport, Hildegarde Naughton [pictured below]. The money will be used to renovate the ‘Church House’ to the rear of the theatre.

“This hidden gem will add to the cultural space available in the city,” she said. “While Galway is recognised as the arts capital of Ireland, our cultural infrastructure does not always live up to that standard and this development will help address that deficit.”

'This new creative space will have a significant impact. We must always ensure we have the infrastructure to match our artistic talent and creativity'

The Nuns Island Theatre, which is home to Galway Youth Theatre, and which more recently has become a rehearsal space for Galway musicians, is run by the Galway Arts Centre on behalf of the Galway City Council.

The ‘Church House’ was purchased in 2015. The council made an application for funding to the Department of Culture under the Cultural Capital Scheme 2019 – 2022 to assist in renovating the building, which had fallen into significant disrepair. 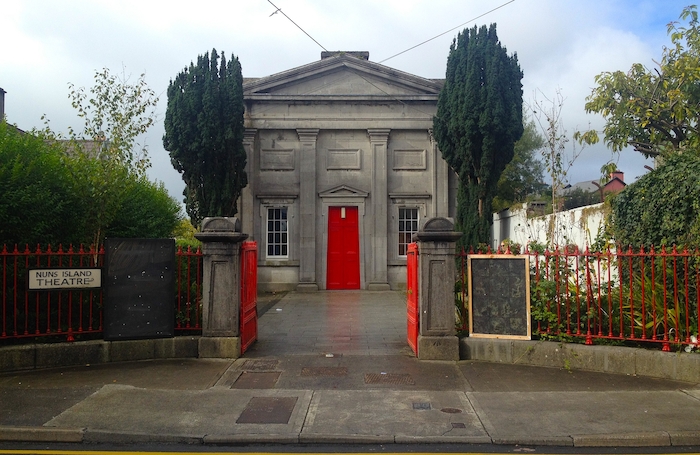 Minister Naughton visited the site recently, following an invitation from Fiona Neary and Tara O’Connor, the chair and general manager, respectively, of the Galway Arts Centre. The Minister praised both women for the “huge amount of work” which went into the preparation of the funding application. She also praised Brian Barrett, director of services at the Galway City Council.

“Galway City Council and the Galway Arts Centre have worked for the betterment of the arts in Galway for more than 30 years,” she said, “and I have no doubt this new creative space will have a significant impact. We must always ensure we have the infrastructure to match our artistic talent and creativity.”