“Journalism is a crime”. That thought came to mind as Insider watched the Israelis destroying the tower building in Gaza which housed the international news agencies.

By this act, Israeli prime minister, Benjamin Netanyahu, and his government sought to prevent reporting of Israel’s atrocities against the people of Palestine. As Julian Assange noted speaking at a London peace rally in 2011: “If wars can be started by lies, peace can be started with truth.”

Julian Assange’s imprisonment for the past 11 years underlines that it is not only the warmongers in Tel Aviv who view journalism as a crime, but political leaders throughout the West. That is why Washington has been seeking to imprison the WikiLeaks founder for 175 years under spurious charges based on the US Espionage Act 1917. It is why London has assisted in this, and why the EU refused to condemn the treatment of a man Insider considers a brave journalist.

Our own Government has sheepishly looked the other way. Fortunately there are Dáil politicians who are not afraid to raise Assange’s case and it is wonderful that two Galway West TDs - Independent Catherine Connolly and Sinn Féin’s Mairéad Farrell - have been to the forefront. 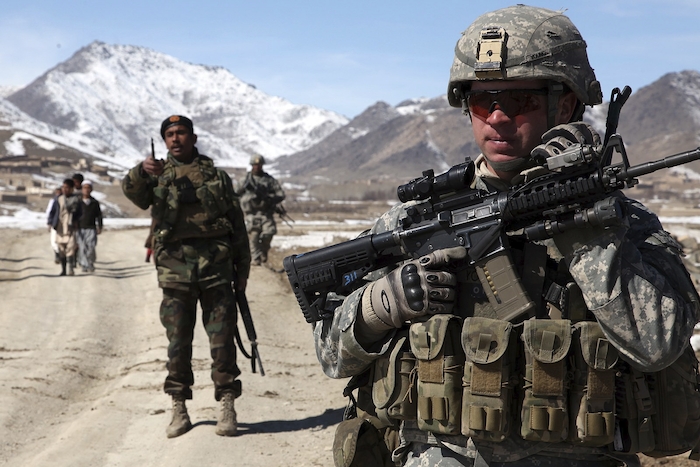 Let there be no mistake that Australian Julian Assange and WikiLeaks are a top team of journalists. Both in terms of scoops and global political impact they exposed the barbarism of the 21st century’s “never-ending wars”.

WikiLeaks was founded by Assange in October 2006. It is an online platform for whistle-blowers guaranteeing anonymity. It seeks “principled leaking” to combat high-level corruption. Assange’s first major scoop in 2007 uncovered major breaches of international law at US Guantanamo prison.

In 2010 came the “collateral murder” video recorded by two US Apache Attack helicopters as their pilots slaughtered 18 innocent civilians. The commentary of the killers highlighted its barbarity: First pilot: “Look at those dead bastards.”Second Pilot: “Nice.”

"Why would a person be subject to nine years of a preliminary investigation for rape without charges ever having been filed?" - Nils Melzer, UN Special Rapporteur on Torture

In July 2010, WikiLeaks released the Afghan War Diary. It drew the world’s attention to the killings of innocent civilians by the ‘Coalition of the Willing’ international forces, covered up by the mainstream media. In total, Assange published 70,000 documents about the Afghan war that had not previously been available to the public.

In October 2010, the Iraq War Logs followed: secret US military files. These documents proved the use of torture by western forces. It also detailed the violent deaths of more than 109,000 people, mainly civilians, between 2004-2009. The mainstream media published these revelations. 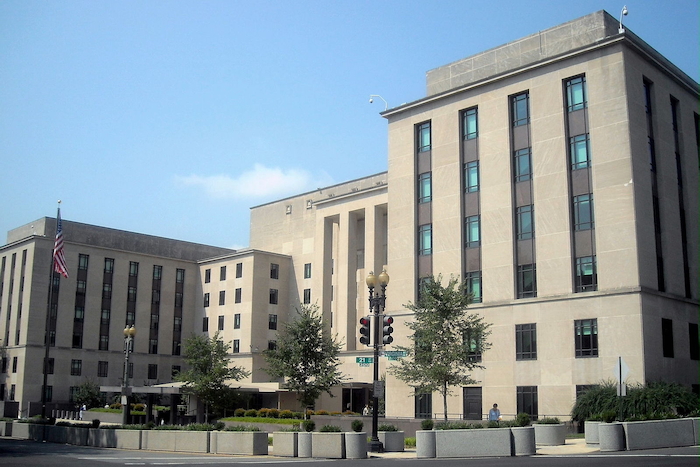 The US State Department building.

Julian Assange was doing what the “embedded journalists” with the invading armies were failing to do, reveal the truth. For working as a real journalist, Assange became enemy No 1 inside the US State Department.

As John Pilger revealed, by 2008 the US State Department was plotting to silence and criminalise both WikiLeaks and Assange. In August 2010 while Assange was briefly visiting Sweden the trap was sprung. He was accused of two rapes. Allegations of sex offences are classic smear tactics.

'The war criminals are free, while the journalist who investigated their crimes is in gaol'

Even Nils Melzer, the UN Special Rapporteur on Torture, was deceived. In an interview he explained how in 2018 he had declined to examine the Assange case and admitted he was “largely influenced by the media…coloured by the prejudice that Julian Assange was guilty”.

However, once he began to look at the case he saw “the whole rape case had been fabricated by the Swedish police.” With Melzer’s extensive legal experience he recognised something underhand: “Why would a person be subject to nine years of a preliminary investigation for rape without charges ever having been filed?”

“Imagine a dark room,” Melzer has said. “Suddenly, someone shines a light on the elephant in the room – on war criminals, on corruption. Assange is the man with the spotlight. The governments are briefly in shock, but then they turn the spotlight around with accusations of rape. It is a classic manoeuvre when it comes to manipulating public opinion. The elephant once again disappears into the darkness, behind the spotlight.” 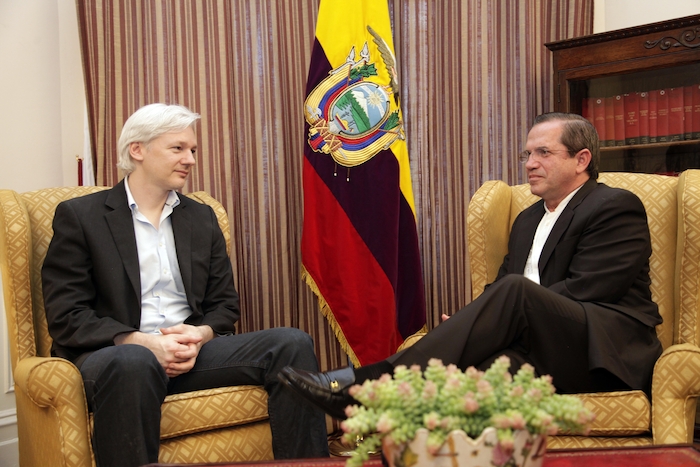 The accusations led Julian Assange to seek political asylum in Ecuador’s London Embassy in 2012. He knew that returning to Sweden would result in his extradition to the USA and a life-long gaol sentence. After seven years confinement in the Ecuadorian embassy, Assange was arrested and treated like a dangerous criminal. For two years he has been on remand in solitary confinement in Britain’s Belmarsh high security prison facing extradition to the USA. In other words, the war criminals are free, while the journalist who investigated their crimes is in gaol.

'The mainstream media, both nationally and internationally, remains silent on the persecution of Assange'

The Swedish police dropped the investigation, but it was soon followed by a US warrant to arrest him under the Espionage Act 1917. On January 4, in the Old Bailey, Assange was found guilty as charged. However, the judge opposed his extradition on the grounds the US penal system’s harsh conditions would lead to Assange committing suicide.

The US immediately appealed and the Assange legal team will also appeal the judge’s guilty verdict. It is not known when the case will come before the British High Court. What we do know is that an innocent journalist remains in solitary confinement in Belmarsh high security prison.

A threat against journalism? 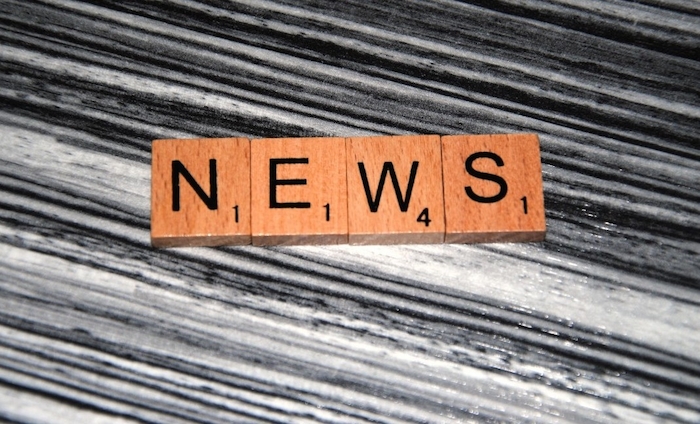 We also know that the present judgment leaves open the door for a US administration to initiate similar indictments against journalists across the globe. The NUJ stated: “It is our view that the use of these judicial measures by the US constitutes a grave threat to free speech and a free press...the charges seek to criminalise activity that for many NUJ members is their daily work - cultivating sources who are willing to share sensitive information that reveals incompetence, corruption, and illegality.”

Nevertheless, the mainstream media, both nationally and internationally, remains silent on the persecution of Assange. Incredibly, leading figures in the NUJ lack any interest in seeking their union to actively campaign here in Ireland. However, not all Irish journalists are reluctant, Mick Clifford of the Irish Examiner will take part in a Free Assange Ireland webinar at 5pm on Sunday May 30.

It is only by standing up for the Assange’s of this world that powerful governments can be stopped from criminalising journalism.