Galway’s two local authorities have been asked to brace themselves for busy weekends across the city and county by providing adequate litter and toilet facilities at popular recreation spots.

The councils came in for criticism last weekend when a sunny weekend brought tens of thousands onto beaches and to visitor hotspots in Salthill, Kinvara, Roundstone, and right across Connemara, with toilets locked in many locations and litter bins left to overflow.

Extra resources are to be put in place to ensure that facilities are kept open and litter bins emptied on a more regular basis at locations in both the city and county. 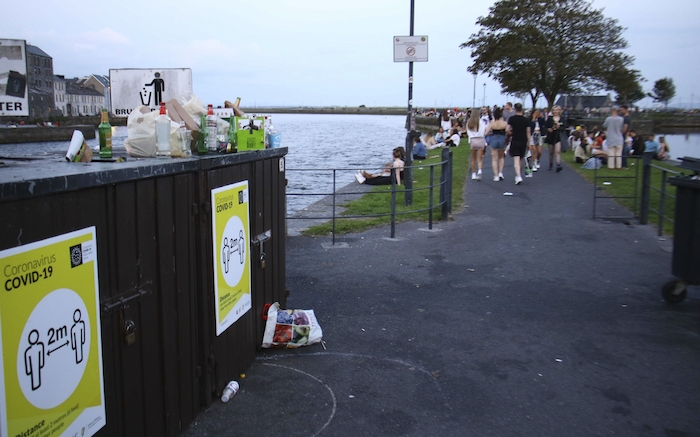 The County Council was told that major investment in promoting Galway as a tourism location will go to waste if locked facilities and overflowing bins become the norm this weekend. One councillor said that there was no point attracting people to the Wild Atlantic Way if there are not enough facilities to service them.

With many expected to flock to the popular spots for the bank hioliday weekend, the councils have agreed to place portaloos where possible, to unlock public facilities and to monitor littering in liaison with other stakehodlers such as the gardai.

Gardaí had to intervene to disperse dense crowds at Salthill’s beaches while in Kinvara and Roundstone, visitors were trapped in their cars for up to an hour in an attempt to get to and from beaches on narrow roads.

At their meeting on Monday, county councillors voiced their frustration at the lack of toilets and litter bins with many representatives saying that Galway has to upgold higher standards if it is to be ready for an influx of a million staycationers this summer. Bins were overflowing from early morning amid calls for greater capacity littering solutions such as larger bins and more frequent collections.

Councils were asked to introduce staggered working arrangements for litter wardens and staff, so that the problems could be sorted at the peak weekend times.

Cllr Eileen Mannion said that Galway needs to be summer ready if it is to maintain its standing as a key holiday location.

Cathaoirleach James Charity said that the images he saw from Salthill were very concerning, while Cllr Joe Byrne said that the lack of parking at Tracht beach near Kinvara resulted in local access roads being cut off, while the toilet facilties there remained closed.

“If there was any emergency at all, an ambulance would not have made it through and we would have had to use a helicopter,” he said. “We are in for an unoprecendeted summer of staycationing. It will be a damning indictment of us if we cannot put the basic requirements in palce. Let us get a plan going for next weekend or we will be here having the same discussion next week,” he added.

Cllr Gerry King said that access to and from Gurteen beach took up to an hour for visitors, while Cllr Mary Hoade was scathing in her criticism of the behaviour of sections of the crowds at Salthill.

“The carry on in Salthill was totally unacceptable. We have all been in this lockdown together. it will be an outdoor summer and we need a plan going forward with gardai and stakeholders. Nothing worse than to think we have come this far and it will be terrible to think we go back again into another lockdown because of scenes like this,” she said. 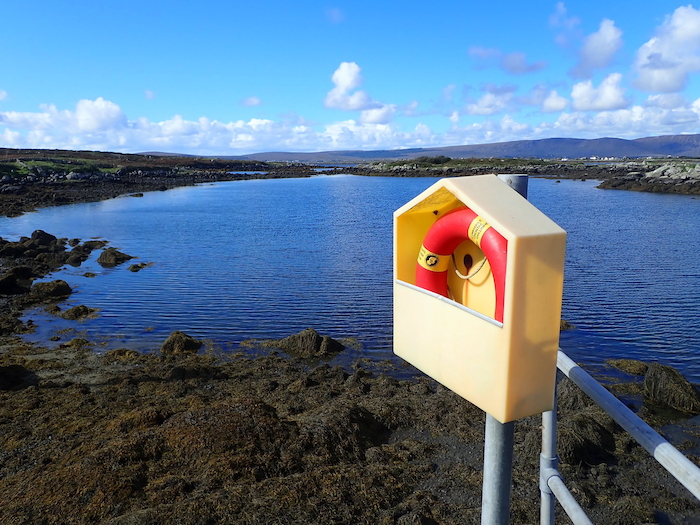 Cllr Martina Kinane said that with the message going out about hygiene and handwashing, it was essential that toilets are opened so that this can be maintained. She referenced the opening of the toilets at Renville Park.

Daithi Ó Cualain, said that people are attracted out west to Connemara and there are no facilities out there. We are trying to stay outdoors but we can’t expect people to go along the Wild Atlantic way and have no loos or bins. 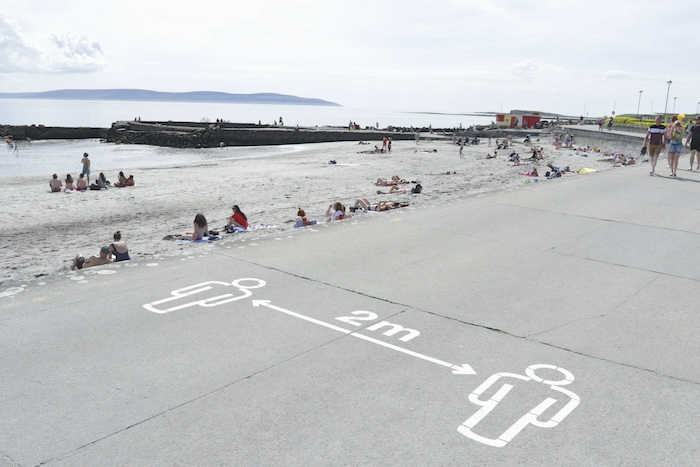 Cllr Colm Keaveney said that there is a need for a stretegic approach of having an outdoor summer in Galway.

“We need to a comprehensive action plan to reflect the opening of our domestic economy. If the scenes from last weekend continue, we will soon be back in the territory of anxiety about public health. We need to have a sufficient number of staff rostered so that compliant citizens are not in distress with littering and gatherings. We can see light at the end of the tunnel, but if that’s not just a train coming, we have a role to play as a local authority over the next six, eight, ten weeks,” he said.

Director of Services Jim Cullen admitted that there were some issues with roadworks on the N59 and toilet faciities last weekend, but that all public toilets at public facilities will be open this weekend and portaloos provided where possible.