An “exciting future” leading to the “transformation” of the city centre awaits Galway, but only if the €63 million in funding under the Urban Regeneration and Development Fund is “delivered in a timely manner.”

This is the view of Fine Gael Galway City Central councillor, Eddie Hoare, who welcomed the funding, €40.3 million of which will go towards the Transport Connectivity Project, and €8.6 million towards the enhancement of Public Realm spaces.

Cllr Hoare, who sat as chair of City Hall’s Transport Strategic Policy Committee when the applications for this funding were submitted, said transport in Galway is set to be transformed and that there is now a real impetus to see delivery of the Galway Transport Strategy.

“A large part of the strategy is to try to reduce the reliance on and use of private car travel within the city centre,” he said. “This will only be achieved if the city centre can be accessed through other modes of transport, such as bus, cycle, foot.”

He said significant investment in transport infrastructure and public realm spaces will be required to create “more open spaces” for pedestrians and cyclists. “This URDF funding will ensure just that,” said Cllr Hoare.

Projects to be delivered 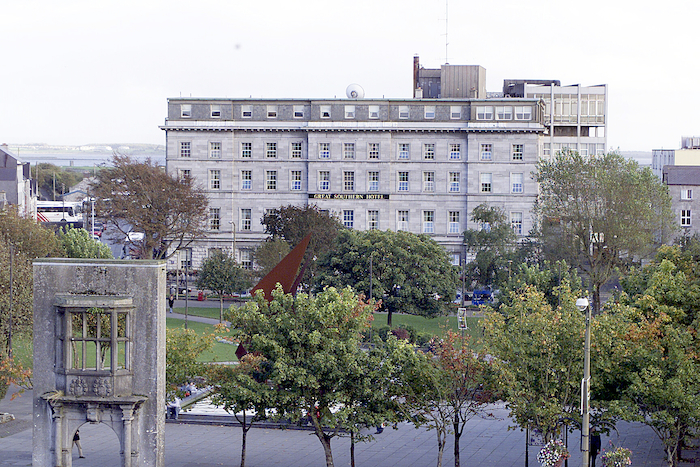 A total of €11 million has been allocated for the construction of a cycle and pedestrian bridge along the old pillars of the Galway to Clifden railway crossing. A further €8.6 million is to be invested in projects at Woodquay, Galway Cathedral, The Old Fishmarket and Eyre Square North.

The Woodquay Regeneration Project will involve the creation of a new civic space; improved walkability of the city centre; linkages to the main shopping streets and public transport hubs; and pedestrian links to the proposed Clifden Railway Pedestrian and Cycle Bridge.

“The new bridge along the pillars of the old Clifden railway line will act as the landing point for the Connemara to Galway Greenway,” he said. “The public realm investment in Woodquay and the creation of a plaza are very exciting and we must now ensure they are delivered in a timely manner.” 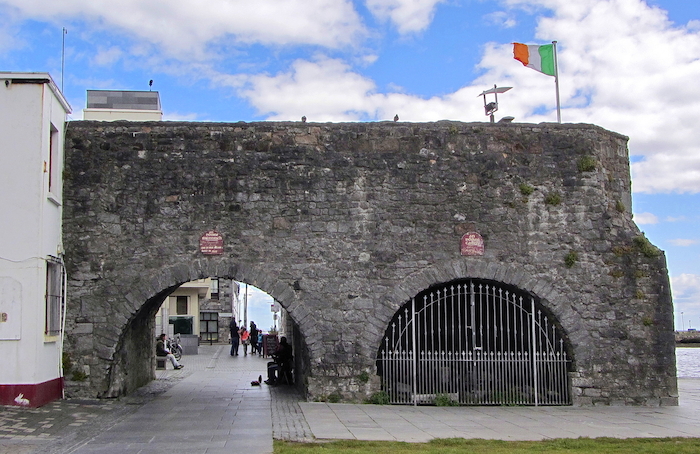 The Fishmarket Rejuvenation Project will include enhanced pedestrian access across the city centre; social, civic and scenic multi-use spaces along the River Corrib; and links to the proposed Greenway Network.

The Cathedral Plaza Project will see reallocation of road space for bus priority and walking and cycling; creation of a new waterfront space along River Corrib; and links to the proposed Greenway Network and Riverside Walkway.

The Eyre Square (North ) Project will see the creation of more space for pedestrians and accommodate both bicycle parking and bike rental stations. The City Centre Streets Project will see the expansion of the city centre pedestrian zone; integration with the Cross City Link; and delivery of a priority bus corridor, with improved walking and cycle measures through the city centre.

“All of these projects feed into the delivery of the Galway Transport Strategy,” said Cllr Hoare. “While the progress of the strategy has been slow, we are now starting to see the pieces coming together. In time, we should see the Cross City link from east to west creating a fast and reliable bus corridor. Commuters from the west will arrive at the Cathedral and be able to walk to the city centre through the new pedestrian and cycle bridge across the Salmon Weir.”

For further details of URDF funding and what it means for Galway, see Declan Varley's story HERE.