Marty Walsh, the Mayor of Boston, who has been nominated to the post of Labor Secretary by US President-elect Joe Biden, has been invited to visit Galway during his term of office.

Mr Walsh is the first union leader to head the Department of Labor in 50 years, and has a strong labour and union background. He joined the Laborers' Union at 21 and served as its president until he became mayor in 2013. He was elected secretary-treasurer and general agent of the Boston Metropolitan District Building Trades Council, a union umbrella group, in 2010. In 2011, Walsh was named head of the Boston Building Trades, but resigned from the post when he ran for mayor.

The tasks of the US Department of Labor is to improve working conditions; advance opportunities for profitable employment; and assure work-related benefits and rights. During his term, Mr Walsh will be expected to review working conditions disrupted by the Covid-19 pandemic. 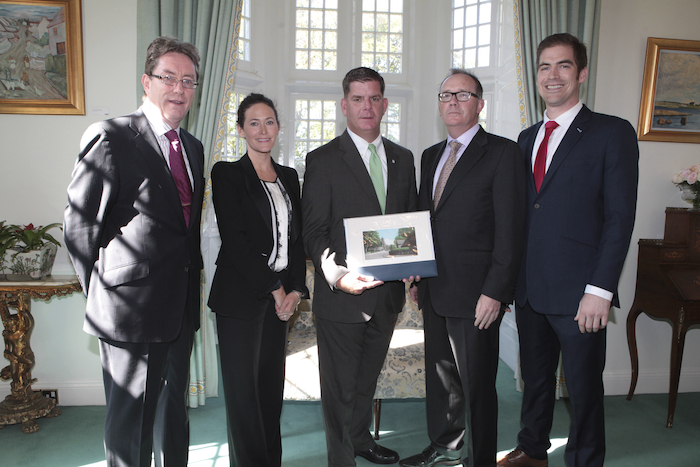 Following President-elect Biden's appointment to the post, Cllr James Charity sent congratulations to Mr Walsh on his nomination, and formally extended an invitation to him to visit County Galway during his term."

"On behalf of the people of Galway, and as Cathaoirleach of the County of Galway, I have communicated the best wishes of all across our county to Marty Walsh," said Cllr Charity. "The son of Irish emigrants from Connemara, his links to our county are well documented, and there is an enormous sense of pride throughout County Galway at his achievements."