Insider heard it said recently that anyone who was in the predictions business at the outset of 2020 would have found themselves out of work before too long.

Back in January, the expectation was that the three dominant issues of 2020 for Irish politics would be the then-impending General Election, the ongoing Brexit saga, and indirectly, the US Presidential election. All three produced their share of drama but nobody would have foreseen the havoc wreaked by a virus, the first reports of which emerged from China last New Year’s Eve and which went on to dominate the year. 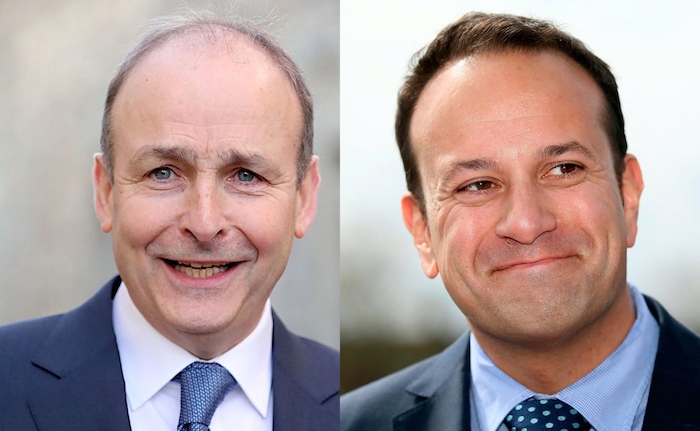 From beginning to end though, 2020 in Irish politics really was a case of Tales of the Unexpected. This time last year, the then Housing Minister, Eoghan Murphy, had narrowly survived a vote of no confidence, but the margin of victory brought home to people that the 32nd Dáil did not have long left. It did not and even got to reconvene after the Christmas recess before Taoiseach Leo Varadkaar called a General Election, and surprisingly opted for a Saturday polling day.

Some felt he would have rather waited until Easter, but that under-fire Health Minister Simon Harris would likely lose a no confidence motion in the interim. Who would have thought that a mere few months later that same Health Minister would be basking in the plaudits as he steered the State through a once in a lifetime crisis?

When the starting gun was fired on the campaign, while there were no clear favourites, the expectation was that after four years of minority government, it might have been possible for FF or FG to form a majority government with some combination of Labour, Greens, and Social Democrats.

Most felt FF was better positioned, having had the edge since the local elections in 2019 and being seemingly more compatible with the smaller left-wing parties. SF was expected to struggle. Of course the very opposite happened as the party surged to end in an effective three-way dead heat with the traditional ‘Big Two’ and no party broke 40 seats. 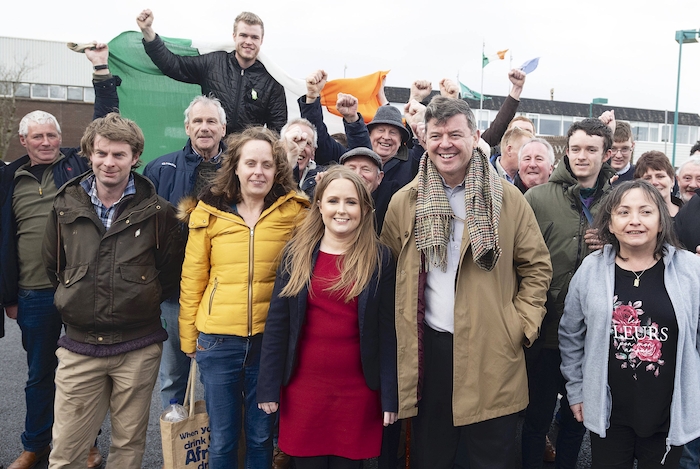 One thing Insider did get right was in forecasting that we would have weeks of paralysis and that forming a government would again be a protracted ordeal, very likely requiring co-operation between FF and FG. In the end, it took 140 days, double the time it took in 2016 and while the two parties finally went into formal coalition together, they also needed the Green Party to give a majority.

The result of Election 2020 taught us a few things: the state of flux in Irish politics over the past decade continues with significant volatility among the electorate; the old order of two centrist parties dominating and dividing power between them is no longer sustainable; the result also reflected a sense that there was a cosy consensus which needed to be shaken up and that the old order was out of touch with and not delivering for ordinary people; and it illustrated that running a poor election campaign and taking the voters for granted, as FF and FG did, comes with a price.

What does it mean for the future?

Let us not forget the lesson of 2020 that unpredictability and volatility are the norm, so any predictions are hazardous! FF started the year itching to get back into power, and ended up having endured something of an annus horribilis in the interim. The party has been overshadowed post-election and is struggling in the polls. The fear among the FF faithful is that, by entering coalition with FG, it has ceded some of their natural territory to SF and possibly to ‘gene pool’ independents, who "haven’t gone away you know".

Also unnerving FF is the sense that with something of a realignment underway that will result in itself and FG being on the same side for the foreseeable future, FG is better positioned to emerge as the lead party on that side. There is a fear of a FG v SF dynamic emerging as the dominant narrative in Irish politics, a point made forcefully by Galway West TD Eamon Ó Cuív, and so far borne out by strong poll ratings for both parties.

Labour, Social Democrats, and Greens hold 24 seats between them. This was a significant improvement on 2016 but is broadly in line with the level of seats that the centre-left parties, traditionally dominated by Labour, have held for most of the past 25 years and there is a sense that the parties are struggling to expand beyond their traditional ground with SF’s advances further impeding them.

The continued success of Independents is, Insider feels, a manifestation of the detachment felt by electorates around the world from political elites, voters in regional Ireland in particular favouring local champions over party loyalists.

Just weeks after the election, the world was thrown into chaos by Covid-19 and the World Health Organisation's declaration of a global pandemic. Government's around the world, including in Ireland, took actions that a few weeks earlier would have been regarded as unthinkable in democratic countries. Businesses and schools closed, sports and entertainment ground to a halt, severe curtailment of civil liberties, and billions spent on subsidising those impacted.

Government's faced a twin threat at the outset: the potential health impact with a fear of a significant death toll, and the health services being overwhelmed. This was always likely to be the dominant theme initially. The second concern, and the one that would gradually increase in prevalence was the impact that it would have on the economy and society. 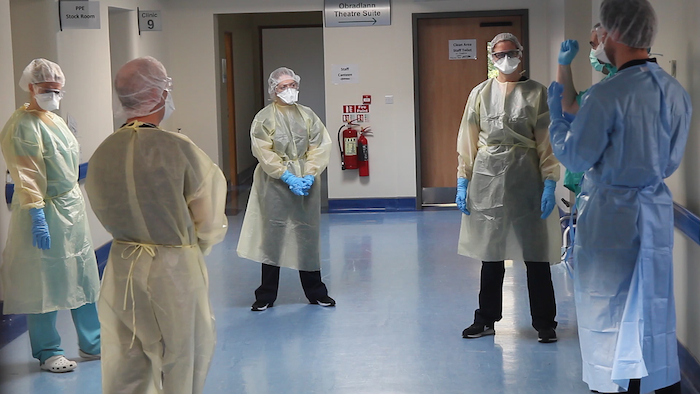 In Ireland, notwithstanding the tragedy visited on many families, the damage to health and healthcare has been largely mitigated. Case numbers have been high at times, but the death toll has been at the lower end of the scale of expectations while the hospitals have not been overrun. Some of this might be attributed to the good fortune of having a young population and also not being that densely populated. There is also a fear that the secondary impact may be felt in the coming years with other serious illnesses not being diagnosed during this time.

Regarding the economic impact, it is still too soon to be sure but we might have had a let off on that front with the potential unearthing of vaccines. Over the course of the autumn there was a sense of a Government with no real strategy other than moving in and out of lockdowns until a vaccine or treatment was found; this would not be sustainable for long. 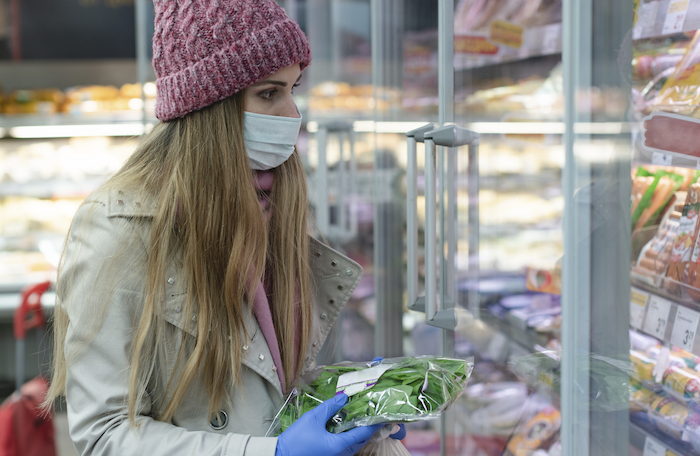 With the hope that we are now at the beginning of the end, it may be that the support provided by the Government, coupled with the performance of the multinational sector, might have kept the show on the road.

Nevertheless, the damage done to the domestic sector is significant. As Insider remarked at the outset, this has been more keenly felt among those who are already disadvantaged or disenchanted, such as lower paid workers, smaller businesses, and provincial and rural Ireland. The real challenge for the Government post-pandemic will be to rebalance the economy to ensure that these people and places are not left behind. Insider is also concerned that the housing crisis may have been allowed to fester under the radar and that this will come back to bite the government in due course. 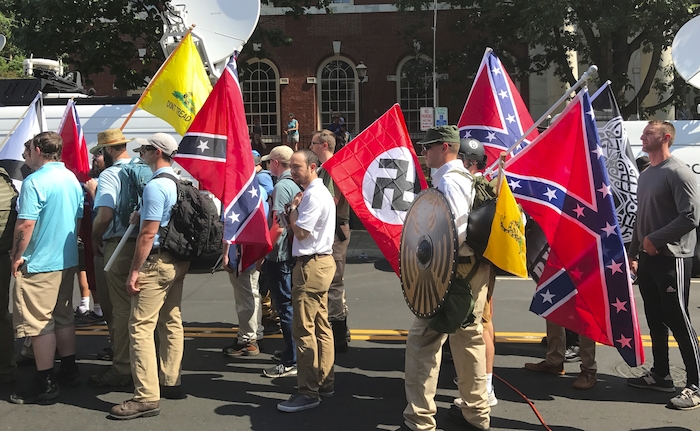 At the beginning of 2020, Donald Trump’s election hopes were in the balance, his hopes resting on a strong economy being enough to persuade enough Americans to hold their noses and re-elect him. The identity of his challenger was not clear with former vice-president Joe Biden being written off by many.

The year ends however with Mr Biden as President-elect, having rallied once the primary season got underway to comfortably win the Democratic Party nomination and then go on to run a low-key, but effective campaign, in the autumn. Those who argued that he was the Democrat best placed to compete with Mr Trump for the votes of traditional blue collar Democrats will feel vindicated. 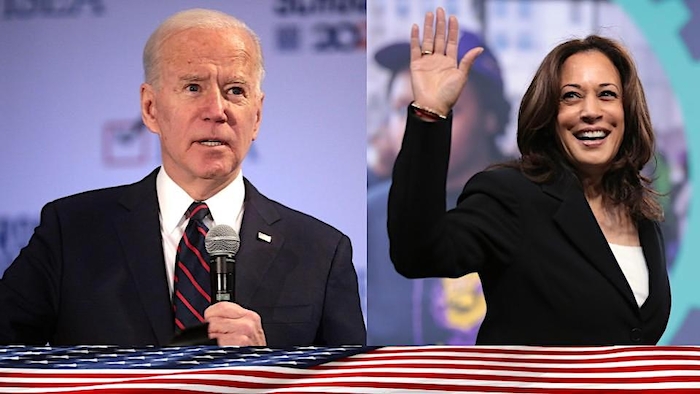 It was notable that Mr Biden outperformed the Democratic Party in November’s elections and this lends some credence to the argument that the party has still not learnt the lessons of M Trump’s assent, and that it is still struggling to connect with large swathes of America. Trump may have lost but he has not gone away, nor has the movement he spawned.

America is a nation divided, a trend that has become more and more prevalent over the past quarter century, and this does not augur well for the future. Insider hopes President-elect Biden will somehow manage to heel the divides. Also of particular interest will be US-China relations, which will impact globally.

Finally, after all the tumult of 2020 and the horrors of Covid-19, Insider can only hope that 2021 is a better one for all of us and that we can turn our full attention to the challenges that continue to present themselves.