President Michael D Higgins has led the tributes to Galwaywoman Patricia Carrick after her death was announced yesterday.

Ms Carrick, a mother of four who was diagnosed with cervical cancer after a smear test was incorrectly read, passed away at the age of 51, just a month after Taoiseach Micheal Martin issued a State apology in the Dáil over the health service’s failures in her case.

Her husband Damien Carrick yesterday issued a statement on Twitter stating his wife, who was known as Trish, had “passed away very peacefully overnight”.

“She was comfortable throughout and is now at peace. Thank you for all your support,” he said. The couple lived in Oranmore and had four children, Ciarán, Ríoghna, Sorcha and Eoin.

A tribure from the President 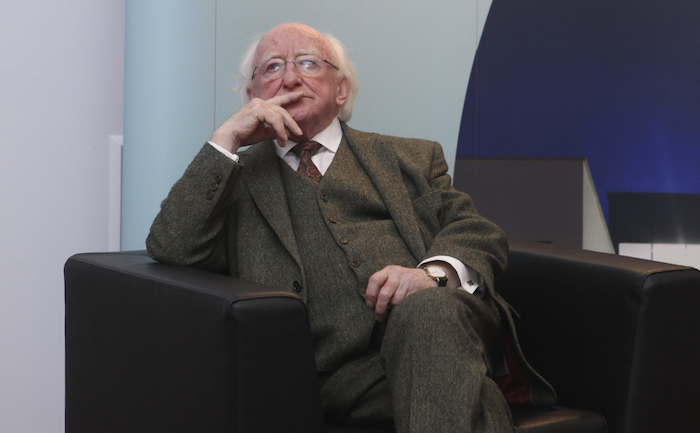 In a statement from Aras an Uachtarain, President Higgins said he was greatly saddened to hear that Patricia Carrick has died, as he had known Patricia and her father.

“As President of Ireland, mar Uachtarán na hÉireann, may I express the sorrow of the people of Ireland and our sympathies with her family and friends. I spoke to her husband Damien and family on the 1st November and to her father Pat O’Sullivan, a long-time friend, at the beginning of November. Patricia’s and Damien’s families were well-known to me for years.

"I know that Patricia’s courage, which I know she held to the very end, and her grace as a campaigner, provide some solace to her loved ones at this difficult time. It is also appropriate at this time to think of all those who were failed by a system in which they had trusted, and their loved ones,” he concluded.