On a day in October 1936, a young woman, Maureen Canning, from Mohill, County Leitrim, left her digs in Lower Salthill and began to walk, for the first time, to what was then University College Galway.

As she started up St Mary’s Road, another aspiring student, Des Kenny came out of Raleigh Row, crossed the road, engaged the young student in conversation and that was the beginning.

Four years later they graduated. They did not want to leave Galway but jobs were scarce. Des Kenny visited an old teacher in the Jes and asked for advice. He suggested opening a second hand bookshop. The idea took root and on November 29 1940, armed with a bank loan of £100, our parents opened the doors of Kenny's Bookshop, High Street, Galway, for the first time. 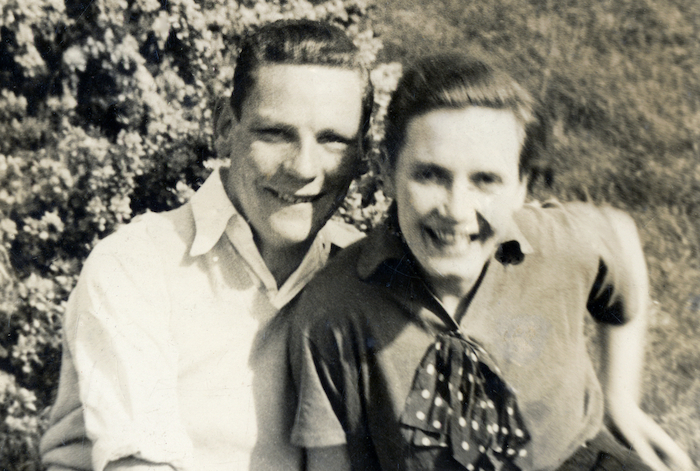 Des and Maureen Kenny, the founders of The Kenny Bookshop and Gallery.

In later years, when mother was asked what was the first day like, she answered: “It was fairly quiet, but we were full of optimism, energy and ideas”. This was to remain the mantra for the rest of their lives and was infused into the six of us as we made our entrance into the world.

An iconic moment each decade

From the beginning, money was tight. Our parents had to be inventive. At one brief point during the 1940s, they sold cigarettes. They also ran a lending library, sold second hand school books and crafts such as ceramics, pottery and more especially Mrs Fretwell’s rugs. They hung these rugs outside the front, bringing a refreshing splash of colour, which caught the eye of an artist, one Kenneth Webb who, in 1953, was considering painting the streetscape of High Street. This led onto paintings being introduced for sale, and we are still selling his paintings 67 years later. 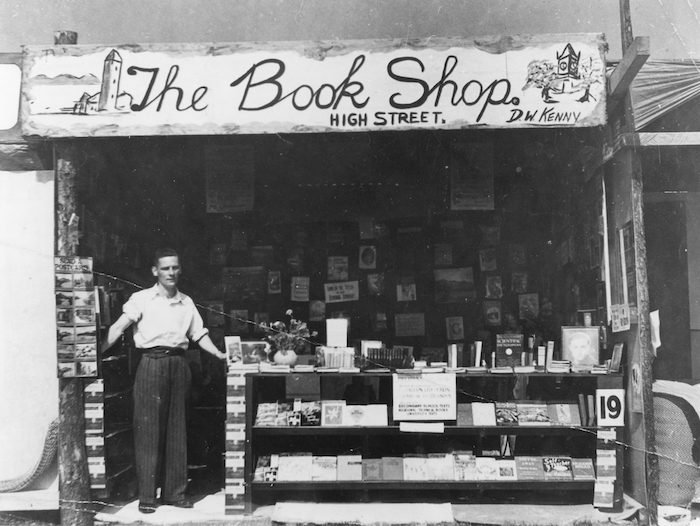 The history of the shop was marked by one iconic moment in each decade. In 1945, the parents bought a house on Kingshill in Salthill, thus doubling the space in the bookshop. During the 1950s, father, who had to work elsewhere as the bookshop was not generating enough income to sustain us, returned to work in the shop.

He brought with him his marketing expertise and the first catalogues were printed in Thomas’s bedroom, collated on the dining room table, addressed and enveloped in the kitchen, and brought by hand up to Salthill post office, from which they were sent to customers worldwide. 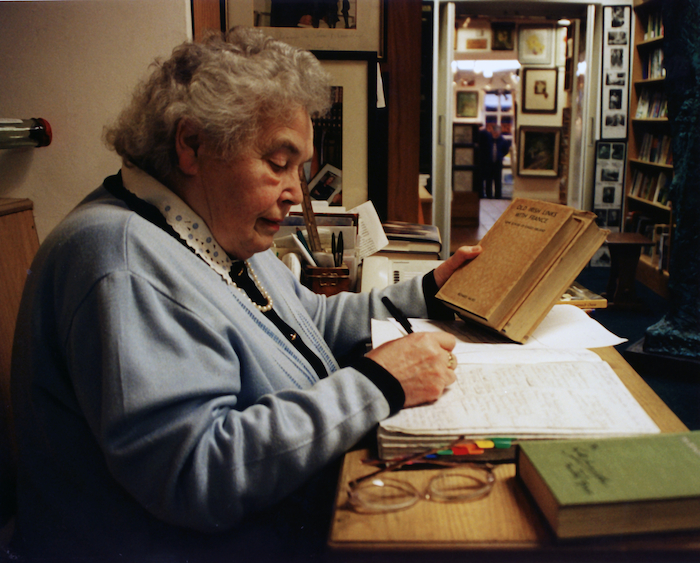 The 1960s saw the opening of the art gallery at the front of the house in Salthill, and the map and print shop at the bottom of High Street. The 1970s saw the building and opening of the book bindery in Salthill. The 1980s dawned with our first approval plan with The Library of Congress in Washington and ended with the sending of our first book club packages.

Along with the rest of the country, the 1990s were somewhat manic. The Celtic Tiger was in full swing. The bookshop and art gallery were tremendously busy. Karen Golden, Tom’s eldest daughter, joined us and brought with her a considerable marketing talent. For a number of years she managed an art gallery in An Spideal called An Dámhlann before becoming part of the team in High Street.

This dovetailed beautifully with the fact that we had, somewhat accidentally, set up a website, www.kennys.ie, and entered into the brave new world called e-commerce. 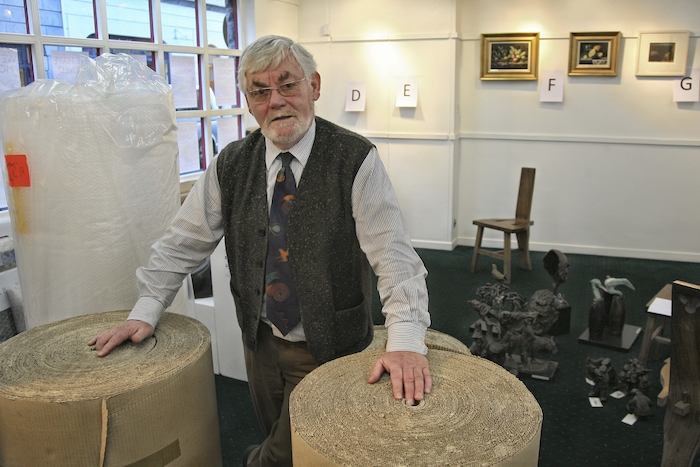 The rapid growth of Galway city centre was not conducive to the delivery of art exhibitions or large consignments of books being moved in or out of Middle Street. We made the extremely difficult decision to move out of our High Street premises in 2006 to our newly acquired building in the Liosbán Estate on the Tuam Road.

During this period, Tom’s son Tomás, and later his daughter Sarah, joined the crew. Karen moved on to different pastures, and Gerry’s daughter, Caroline joined her father in the book bindery. They have brought a whole new energy with them which befits the ever changing and exciting world of books and art. 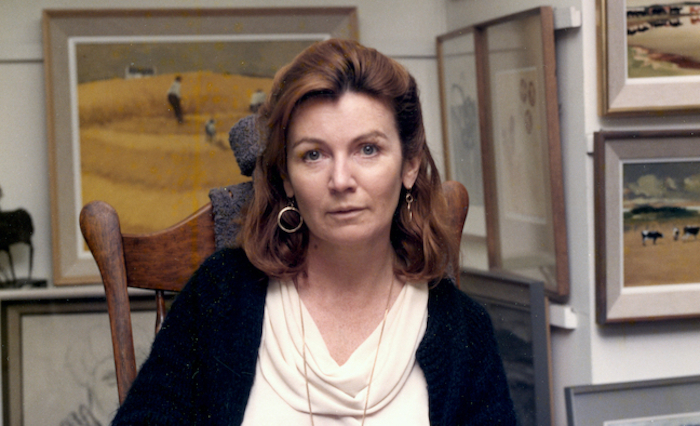 Over the years we have met many wonderful writers, artists and sculptors. Walter Macken was married to father’s sister Peggy and they often called to the shop. Richard Hayward would spend hours looking over the Wolfe Tone bridge before he called.

Kate O’Brien, who had a house in Roundstone, called on the way to meeting her publisher in the Great Southern Hotel, while Brendan Behan put his head in the door on his way to the Aran Islands. Other early visitors included Frank O’Connor, Seán O’Faolain, Graham Greene, and Sylvia Beach, publisher of Joyce’s Ulysses.

Mother often recalled a Friday sometime during the late forties - early fifties when late in the afternoon the door opened and a young woman walked in. She spent some time going through the shelves and then left without as much as a by our leave. The following morning, mother hadn’t opened the shop for long when the door opened and the woman walked in again. Having spent quite some time there, she approached the counter with an armful of books.

As she chatted with her about the books, mother gently inquired why she chose them. “I am training to be a writer” was the immediate reply. The customer was a young Edna O’Brien and this visit was the first of many.

Perhaps the most notable visit we had was Roald Dahl during the Children’s Festival in 1987. Encouraged by mother, we wrote to him inviting him to read at the festival. He replied with an enthusiastic yes and subsequently spent two days sitting in the shop signing his books. The queue was endless. He was wonderful with the children. When it was over, and I was complimenting him on his constant good humour over the two days, he replied: “I owe it to them. Their support has me where I am”.

An t-Athair Eric an ea? 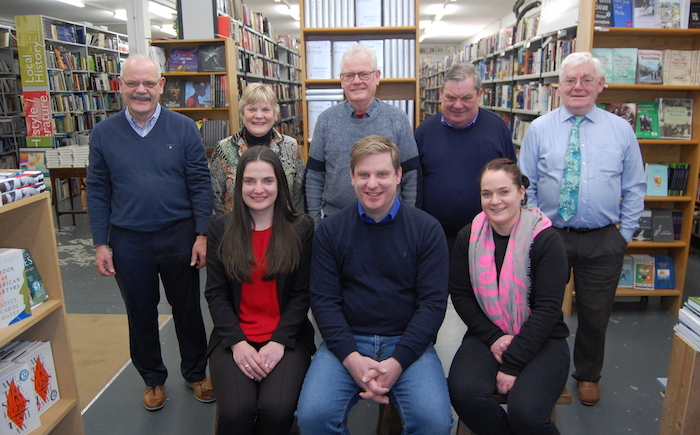 Over the last 80 years, we have had some wonderful customers. During his presidency, Cearbhail Ó Dálaigh would often have his chauffeur stop the car outside our door while he called in. Christy Moore has frequently called while passing through Galway and Peter O’Toole was also a frequent visitor.

A regular client was an t-Athair Eric MacFhinn. He would come in shop, go to the Irish language books, make his pick, and leave. Before 4.30 or thereabouts we would bring the books around to the bus stop around the corner. The bus would pull up, stop, the door opened and the driver’s question “An t-Athair Eric an ea?”

We would never have reached the 80th birthday if it wasn’t for our wonderful staff - always there, always innovative, always helpful, thank you one and all.