Two people cut off by the high tide near Blackrock on Galway Bay on Sunday were rescued by Galway RNLI Lifeboat.

The two, a man and a woman, had walked out to Seaweed Point between Blackrock and Silverstrand when the spring tide took them by surprise and submerged their access back.

A member of the public raised the alarm and the Irish Coastguard immediately sought the assistance of Galway RNLI Lifeboat who launched at 4.43pm. 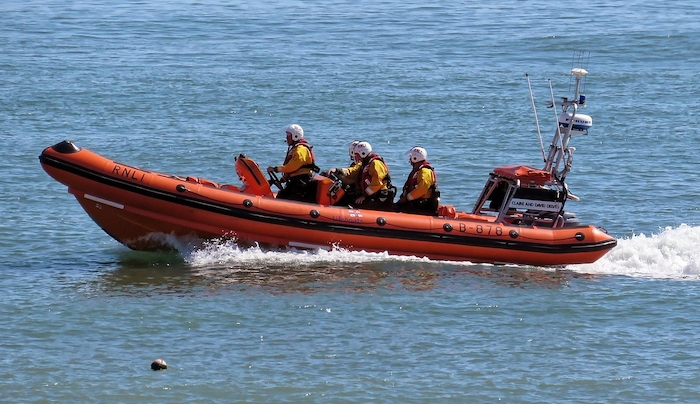 In the meantime, unaware that the lifeboat was on its way, one of the two took the decision to swim ashore to call for help. He was met at the shore by a member of the Lifeboat shorecrew and confirmed there was another person still stranded, which was relayed to the lifeboat.

Upon arrival, a lifeboat crew member searched the area, located the other casualty who was sheltering from the winds, and took her onboard the lifeboat. Both were brought back to the Lifeboat Station at Galway Docks where they were assessed. They did not require medical attention.

The crew on this call out were Helmsman Dave Badger, Brian Niland, Dave McGrath and Ross Forde.