Galway is fortunate to be home to many people who bring an enormous amount to an understanding of the place where they live, and also to the country as a whole. Two of those people have now combined to produce a book that will do that and more, bringing to life a history we had consigned to monochrome and sepia.

John Breslin is a Professor at NUI Galway, where he has taught engineering, computer science and entrepreneurship over a twenty-year period. He has written in more than 200 publications and co-authored two books.

Dr Sarah-Anne Buckley is a lecturer in History at NUI Galway and President of the Women’s History Association of Ireland. She has published two monographs, four edited volumes and numerous articles. She is co-founder of the Irish Centre for the Histories of Labour and Class. In addition, she is a documentary maker who uses the latest med-tech advances to tell the century-old stories of this country. 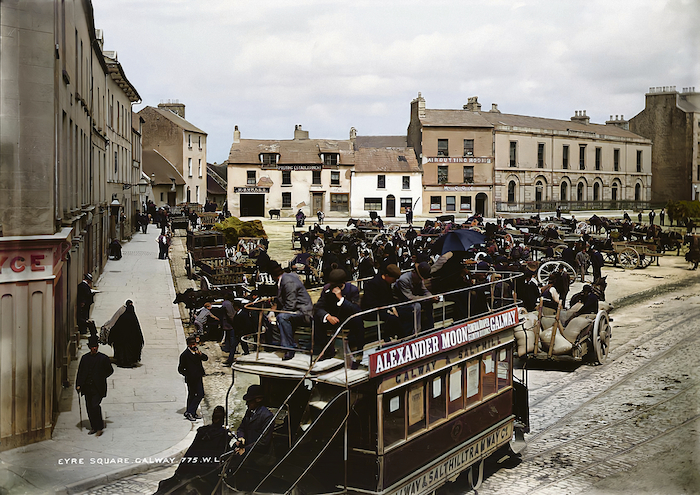 Both John and Sarah-Anne are academics who have engaged with modern Ireland, all keen to use technology and knowledge to help us understand the country of the past, so that we can have a greater awareness of the possibilities of its future.

Their book, Old Ireland in Colour, celebrates the rich history of Ireland and the Irish through the colour restoration of stunning images of all walks of Irish life, and the Irish abroad, throughout the nineteenth and twentieth centuries. From the chaos of the Civil War to the simple beauty of the islands, each image has been exquisitely transformed and every page is bursting with life. 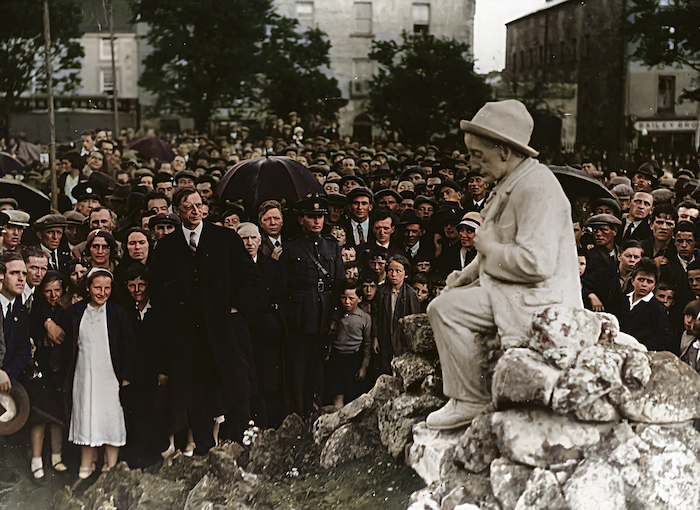 You can vote for it at https://www.irishbookawards.irish/vote2020/

Old Ireland in Colour started in 2019 when John Breslin developed an interest in historic photo colourisation, enhancement and restoration through personal genealogical research. He began to colourise old family photos – photos of his grandparents from Fanore in Co. Clare and Glenties in Co. Donegal. 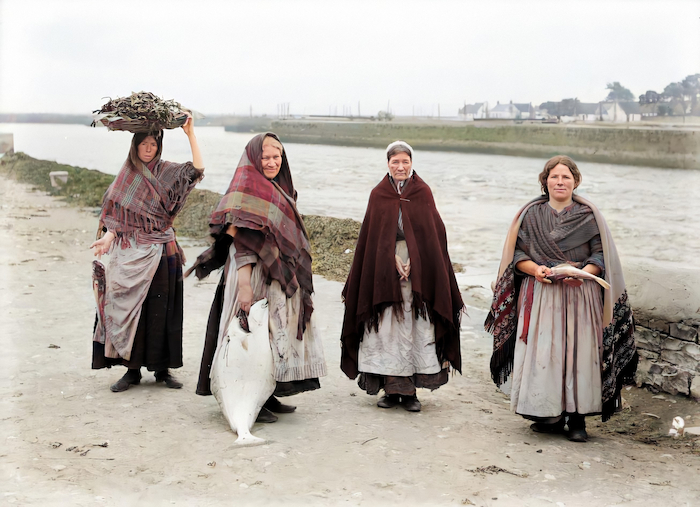 1905, Spanish Parade, Galway City Pictured here are Nonnie, or Nannie, O&rsquo;Donnell, Mary Rodgers, Kitty Conneely and Mrs Gill, all from the Claddagh, Galway City. The women are wearing the Galway shawl, which was a heavy-weight shawl that became popular at the end of the nineteenth century. At the time in which this photograph was taken, the famous Claddagh fishing industry was in decline following the onset of modern trawlers.

Using a combination of cutting-edge artificial intelligence technology and his own historical research, John moved from family photographs to photographs of Galway and Connemara, and then on to others taken across the island of Ireland in the nineteenth and twentieth centuries. After a few months, the Old Ireland in Colour project was born. 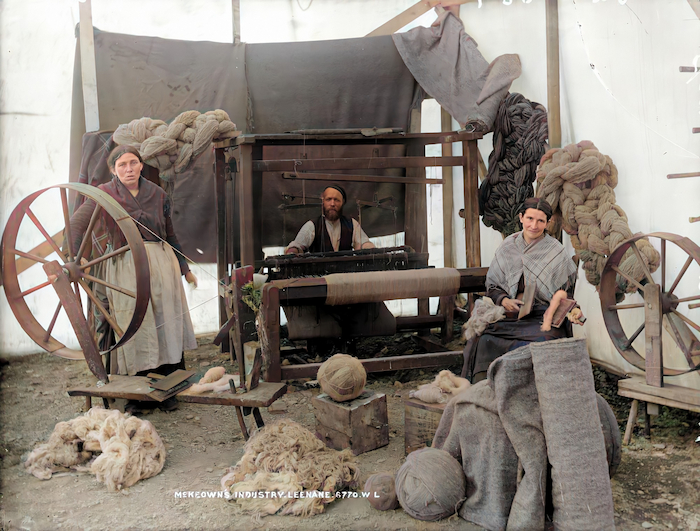 1902-1914, Leenane, Co. Galway- Taken in the early twentieth century, this photo depicts work in McKeown&rsquo;s Industry, which employed almost three hundred workers at the time, approximately half of them women. Finished woollen products as well as different stages of textile production are visible.

For this beautiful book, John has meticulously colourised a varied and fascinating selection of images, with breath-taking attention to detail and authenticity. With photographs from all four provinces, and accompanied by fascinating captions by historian Sarah-Anne Buckley, Old Ireland in Colour revitalises scenes we thought we knew, and brings our past back to life before our eyes.

You can purchase this wonderful book at any of our local bookshops. Shop local