Political developments in recent times have reminded Insider of the quote from G.K. Chesterton, (also sometimes credited to Emile Cammaerts, the Belgian playright ) 'When men choose not to believe in God, they do not thereafter believe in nothing, they then become capable of believing in anything.’

The level of cynicism attaching to the public perception of political life at home and abroad, and the beneficiaries of this cynicism, has Insider scratching his head, and wondering where, and how, it is all going to end?

‘Populism’ is proving such a winner, particularly in the minds of the young, that there scarcely seems to be space for reasoned and informed political debate, for which Insider believes society will ultimately pay a heavy price. All opinions may count, but all are not equally valid. Is my ignorance as important as your knowledge, or vice versa?

Look at some of the political success stories of the last few years from the U.S. to the U.K., to our own election in February of this year. One common theme of the populists in these recent elections is to refer to their opponents as ‘an elite’ and ‘insiders’ who must be brought down and removed from office by the populists and their supporters who represent real people: ‘families and workers’, ‘ordinary people’ as they are continuously referred to, as if ‘ordinary people’ do not vote for every political party. And boy, has it proven successful. 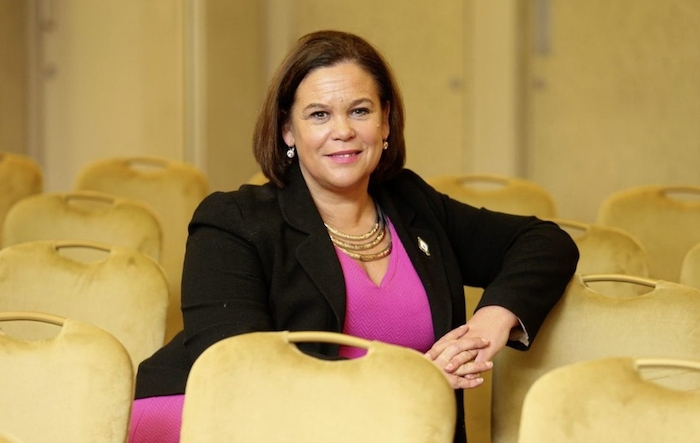 Have Sinn Fein been copying from The Donald? Or even Boris?

Have a read of the selection of quotes below: can you identify the source?

"It is time to reject a failed political elite". “The ruling elites control everything inside of our lives.” Our opponent.. "has always stood with the elites.” “I want you to imagine how much better our future can be if we declare independence from the elites.”Our opponents.."run a country where the elite get one standard of treatment and everybody else gets second-class treatment.”“Big business, elite media and major donors are lining up behind the campaign of my opponent…” “The elites ignore the concerns of the voters.”

Our opponents “..Promote the ideological hegemony of the European elites – and their allies .... who share the same view”.“A corrupt political elite in a flawed system has caused the economic crisis”."The economy is in crisis because political choices were made by a deeply corrupt political elite operating within a flawed political system". "Those political choices favoured the elites, not the citizens. We want to change that."“We seek to mobilise in support of a New Republic in which popular sovereignty is restored and political and economic power returned to where it rightly belongs, in the hands of the people”.Our vote... "it was a vote for a different government — a government that would have the courage, the imagination and the energy actually to do things differently, a government that would put the citizen and families and communities front and centre, not big corporates, not the elites, not the well-networked…”.

The “elites of Europe” want Britain to remain in the EU so they can hang on to power. We call on voters to sack 'unelected, unaccountable elites...' “You’re on the side of the elites, I’m on the side of the people.”“I’m asking the public to take back control from those organisations that are distant, unaccountable and elitist”.”...Elites, I'm afraid it's time to say 'You're fired. We are going to take back control.“

Well, what do you think? Do you think they are interchangeable? Would you also agree that those promoting the ‘anti elites’ message are all singing from the same hymn sheet? It may surprise you to discover that the first block of quotes above are from Donald Trump, the second block from leading members of Sinn Fein and the third from leading Brexiteers. Strange bedfellows indeed, and who would have thought they all had so much in common.

Whether it is Trump, descending from his private plane to make common cause with some of America’s least well off voters or the Eton educated Johnson railing against European elites, or Sinn Fein, the wealthiest political party on this island, attacking the two parties who have been elected by the people of this State for a century, all have succeeded in convincing some that they are motivated by higher ideals than their opponents, when this is clearly at odds with the truth.Is the U.S. a better place than prior to Trump’s election as the 45th president in 2016? Is the U.K., under the merry control of Boris and his Brexiteer friends, in a better place as a result of the outcome of the 2016 referendum to leave the E.U? And how have Sinn Fein performed in Government? In Northern Ireland? Imagine what Sinn Fein and the DUP would be saying about the disastrous Covid-19 situation in Northern Ireland if the UUP and SDLP were in power?

Insider has a very good friend who operates a takeaway in a constituency close to this one. I am always reminded of a story he tells when I hear of protests, objections and criticisms of the government. A man who had regularly been a candidate in local elections, without success, and was a very vocal opponent of just about everything that was happening in his community, surprised many by getting elected to his local authority a number of years ago. He had been a great man for the written objections, the protest march, the local boycott: wherever there was some form of dissent or trouble, he was always to be found. But once he was elected, all the protest marches stopped, no more objections and things seemed to be far more hassle free than heretofore. Imagine, my ‘takeaway' friend says, just by getting this man elected, we solved all our problems. Beware of politicians who always take on the persona of Mr. Angry: they can look very foolish, especially in the aftermath of a budget which increases public expenditure by €18 billion. At least Pearse, Alan and Richard backed off after a day, realising how absurd they looked and sounded.

Most people will have been reassured to read of an extra €4 billion health spend for 2021, announced in the recent budget. Insider is always wary of such announcements. Specific targets have been mentioned in the areas of extra acute beds, extra critical care and community beds, and additional homecare hours. Insider appeals to both Health Minister Donnelly, and Public Expenditure Minister McGrath, to set specific targets for this increased expenditure to ensure the public can see the end result in additional benefits for themselves and their families. Insider has no doubt about the ability of The Department of Health to spend money, spending it wisely is the challenge. Past performance does not inspire confidence.

Speaking of public money, Insider has been reading of the apologies and settlements which RTE have recently made, last week to Declan Ganley, and in late 2019 to Kevin Myers. Both Mr Ganley and Mr Myers have had to go to considerable lengths, and wait for many years, to get the national broadcaster to finally apologise to them. Both men have had their good name and reputation vindicated, as is their right. Insider’s question is for RTE.

What were the consequences for the RTE personnel who decided to broadcast the material which was the subject of these cases? RTE is in receipt of almost €200 million per annum of taxpayer’s money through the licence fee, and Insider is a firm proponent of full accountability in the expenditure of public money.

Outside of the settlements to both men, how much did these cases cost the taxpayer, and how were they allowed drag on for so long? And have there been any consequences for anyone in RTE involved in either case? The Minister for Communications should have a few questions lined up the next time RTE come looking for an increase in the licence fee.

In Insider's view, one sector which is failing the people in a similar vein to our political leaders, is our print, online and broadcast media. This topic warrants an entire article to itself, but suffice it to say most of our current affairs presenters are simply not up to the job.

In turn they seem very excited by trivia, and very unprepared for any issue of substance under discussion. Rude, interrupting guests, continuously asking the public to send in their opinions (I assume this is now editorial policy for all current affairs programs ), looking for cheap soundbite headlines and seeing themselves as the stars of the show: if this is what proliferation of the media means, bring me back to one channel land and away from the mini-me Jeremys and Vincents.

Insider learns more about current political matters from Callan's Kicks than from all the current affairs programs on RTE, Newstalk and Today FM combined.