One of the world’s foremost extreme adventurers, former professional rugby player Damian Browne from Renmore, along with lifelong friend Athenry’s Fergus Farrell are embarking on a journey that will take them across the Atlantic in 2022.

In an unsupported row across the Atlantic, their row will see them take on 4,937 km across some of the wildest, most unforgiving ocean on the planet.

The campaign entitled Project Empower was officially launched on Tuesday in Galway. The launch saw the two men rowing in a traditional Currach from Inis Óirr to Galway city to launch their 24-month studied endeavour in human empowerment. 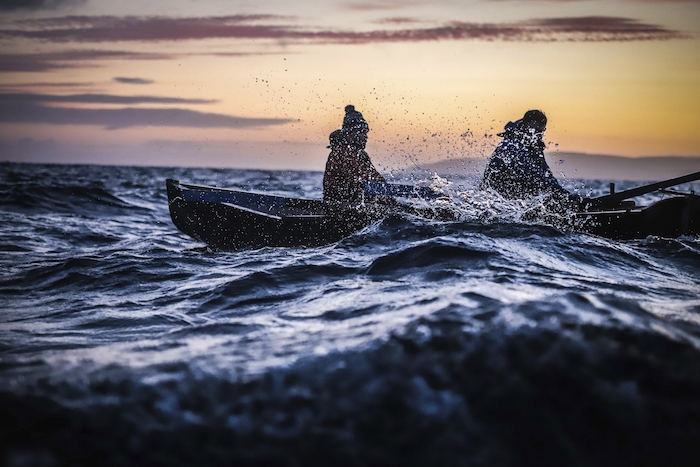 Project Empower is Learning Through Doing, Doing Through Living and Living Through Sharing. On Tuesday morning the 29th of September 29 we set off to row a traditional currach from the smallest Aran Island, Inish Oirr, 25 miles to Galway city to launch Project EMPOWER’s crowdfunding campaign.

This traditional voyage symbolises what will be the last, triumphant leg of their Atlantic crossing in 2022, while promoting and respecting the seafaring heritage of Irish coastal communities.

'In total, there have been 52 previous attempted crossings by way of unsupported row, with 18 successfully making land in some part of Europe, showing the immense difficulty of the undertaking'

Damian and Fergus’ ambition is to set a new Guinness World Record upon rowing into their hometown of Galway, and leave a lasting legacy that will be felt, not only on the streets they grew up on, but around the country and in every corner of the globe they reach.

Damian and Fergus’ ocean rowing boat will be built by master boat builder Justin Adkin of Seasabre. Justin and Damian already have history, with Justin building Damian’s boat Darien for his 2017 solo trans-Atlantic row. All Seasbre boats are designed and built alongside the expertise and experience of renowned ocean rowing boat designer Phil Morrison. 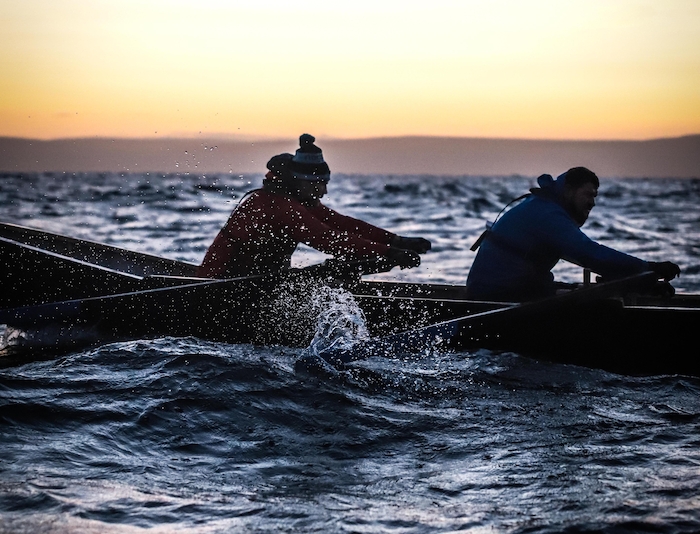 Project Empower has commissioned Justin to build a bespoke ORB design, which will proudly be a classic design shape, sticking closely to traditional values of ocean rowing.

George Harboe and Frank Samuelsen were the first people to row successfully across the Atlantic from New York to The Scilly Isles in 1896, in an incredible 55 days and 13 hours. 124 years later their record still stands after 11 pairs have attempted to better it, but failed. In fact, only six of those 11 boats completed their crossings.

In total, there have been 52 previous attempted crossings by way of unsupported row, with 18 successfully making land in some part of Europe, showing the immense difficulty of the undertaking. With respect and admiration for all those who have gone before them, especially the historic oceanrow of Harboe and Samuelsen, where they had no water makers or sat. phones, GPS, EPIRBs or even a lift raft on board.

Project Empower Crowdfunding Options will open on October 6. To find out more or to be a supporter of Project Empower check out http://www.projectempower.ie/ and follow the journey across social platforms on Facebook and Instagram at Project Empower.

The man from Renmore

Damian Browne has had a long and fruitful 16-year rugby career. Since retirement from professional rugby in 2015, Damian has embraced the life of an extreme adventurer. From a three weeks expedition into the Pamir mountains in Afghanistan to summiting Kilimanjaro, Mont Blanc and Gran Paradiso, Damian has visited over 60 countries on six continents.

In April 2016 Damian completed the six day, 257km Marathon des Sables, across the Sahara Desert also known as 'The Toughest Footrace on Earth’. In 2018 he achieved the extraordinary, when he successfully crossed the Atlantic ocean in a rowboat, .. alone, joining a very exclusive group of less than 60 people to ever achieve the feat.

In fact, more people have been in space than rowed the Atlantic solo. He endured nine-meter swells, deep lacerations on his head, and complete steering system failure. He came close to death when his boat capsized in a storm and was almost destroyed by an oncoming cargo ship.

However, after 63 days, six hours and 25 minutes he officially crossed the Atlantic Ocean, 28kgs lighter. Damian’s rowing prowess doesn’t stop at the ocean, he is also a multi time Irish indoor rowing champion and currently holds the all-time records for the 500m and 1000m distances. 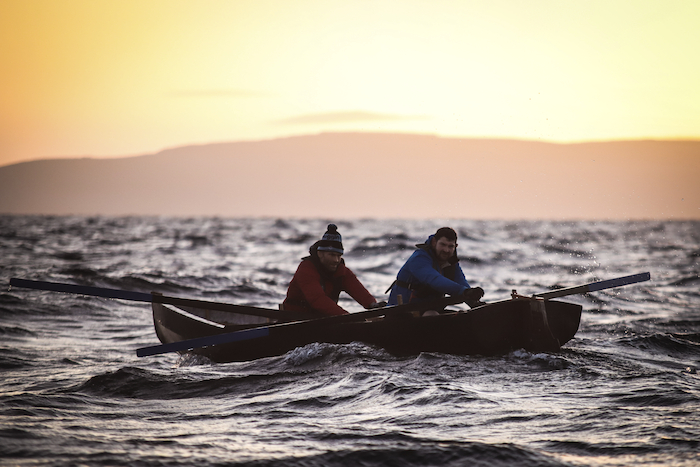 To date Damian has raised over €100,000 for Irish and African based charities through his extreme adventures and by founding and leading, Freezbrury, an international group challenge held annually every February to embrace the cold seas, lakes and rivers of Ireland and beyond every day of the month.

To date, he has summited five of the highest peaks on each continent in his latest adventure, the renowned mountaineering challenge, The 7 Summits, with the mighty Mount Everest awaiting him next in April/May 2021.

The man from Athenry

From Athenry, Fergus Farrell is Damien's rowing partner in Project Empower. Fergus and Damien first met when playing against each other and then together for Connacht underage rugby and Galwegians RFC and have become lifelong friends.

On October 26 2018 Fergus life changed forever. In a freak workplace accident, he ruptured his T9, T10 and T11 discs and his T10 leaked into his spinal cord, leaving Fergus completely paralysed from his belly button down. After emergency surgery in the National Spinal Unit, Fergus woke up to see his motionless feet in front of him.

He asked the surgeon if this is the way it will be. His surgeon placed a hand on his shoulder and told him he was very unlucky. Determined not just to accept his Grade A spinal cord diagnoses, he entered the National Rehabilitation Hospital to fight for his normal life back.

One year later, against all odds Fergus walked 206km from the place of the accident to the NRH in Dun Laoghaire. During the ‘The Toughest Trek’ he helped raise €70,000 for the NRH.

Fergus is determined to give his second chance of life everything he can give. He wants to help inspire people who find themselves in similar situations. Fergus wants to show people that the mind is a positive and powerful part of everybody’s lives and that when challenged correctly there is no limits to what you can achieve. He wants to help and inspire by his actions.