Some of the team from the National Museum of Ireland have been installing a selection of artefacts found during excavations at Dún Aonghasa, Inis Mór, into the MONUMENT exhibition at Galway City Museum over the past week.

The archaeological excavations of the fort at Dún Aonghasa were undertaken between 1992 and 1995 as part of the Discovery Programme’s Western Stone Forts Project. Dún Aonghasa is one of the best-known archaeological monuments in the west of Ireland and stands at the edge of Inis Mór.

It has been a National Monument in state care since the late nineteenth century. The fort proved to have a long history, beginning in the Late Bronze Age around 1000 BC and continuing into the early medieval period around 1000 AD. During the excavations the remains of prehistoric and early medieval houses were uncovered, as were human remains and a bronze casting workshop. 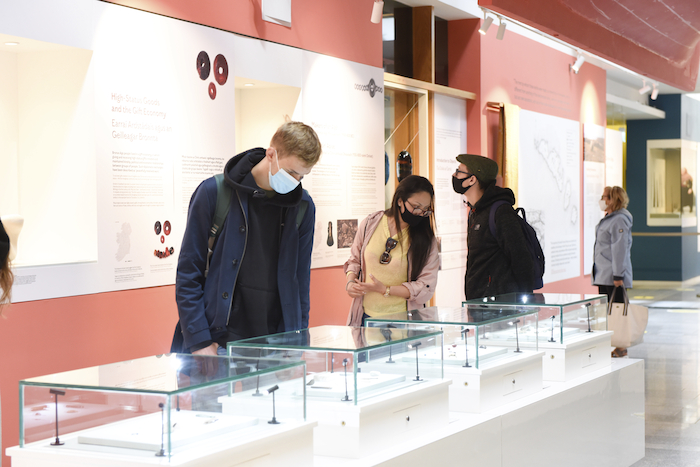 A varied selection of finds, now on display in Galway City Museum, were discovered on the site reflecting the everyday life of the people who lived there. They include parts of Late Bronze Age cooking pots, a late Bronze age tweezers, amber beads which probably formed part of a necklace, an early medieval comb used for grooming and delousing hair, bone pins and needles for making clothing and stone tools.

MONUMENT is presented by Galway 2020 European Capital of Culture and Galway City Museum as part of the cultural programme. With a primary focus on the stone forts of Aran, and on Dún Aonghasa in particular, this innovative exhibition investigates some of Europe’s most impressive stone monuments located on some of Europe’s smallest islands. It is a multidisciplinary exhibition platform and represents a collaborative process that brings together agencies, institutions and individuals representing the archaeology, architecture, craft and design, cultural landscapes, tangible and intangible heritage, construction, sustainability and the social history associated with the monuments and the islands. 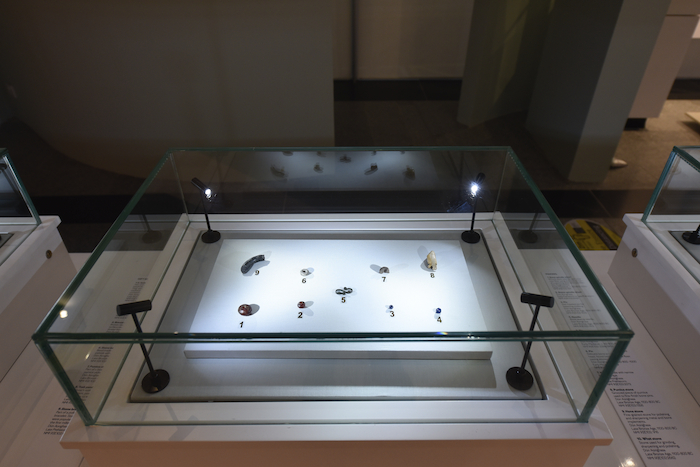 Curated by Eithne Verling, Director of the Galway City Museum and Sybil Curley, the project has been inspired by the three themes of the Galway 2020 European Capital of Culture programme - Landscape, Language and Migration.

Galway City Museum is open Tuesday to Saturday on four daily timeslots; 10am, 11:30am, 2:00pm and 3:30pm. Admission remains FREE but visitors will now require a ticket for their visit. Tickets can be booked online by visiting galwaycitymuseum.ie and will need to be presented either in printed format or on mobile phones at the main entrance to the museum.

The number of visitors will be strictly controlled and those attending will have to adhere to correct social distancing and health and safety protocols so that everyone can enjoy the exhibitions in a safe and comfortable environment.For any further information contact [email protected] or phone +353 (0 )91 532 460. 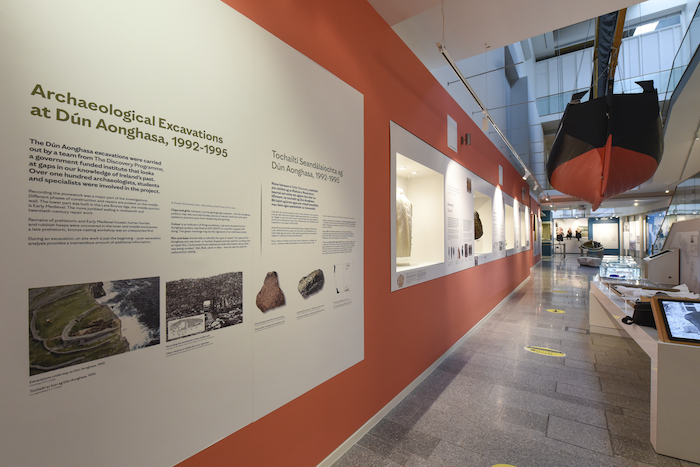 Due to the impact of Covid 19 the Galway 2020 cultural programme has been reimagined, with local and national artists and cultural organisations that won Galway the European Capital of Culture designation remaining at its core the programme will run from September 2020 to March 2021.

From Galway International Arts Festival, Druid, MACNAS and many more. The ambitious programme comprises both digital and live events which take place across the villages, towns, islands and the city of Galway and offers theatre, music and sport, to poetry, film, visual art and much more.