A deep water quay in Ros a'Mhíl would strengthen the fishing industry and have "multiple knock-on effects for the local economy" through tourism and servicing of the renewable energy industry.

This is the view of Sinn Féin Connemara representative, Kevin O'Hara, who has called on the newly appointed Minister for the Marine, Barry Cowen, to progress the development of the proposed deep water quay which has been stalled for three years.

"Ros a'Mhíl is an important port which needs to be maintained and developed," said Mr O'Hara. "The development of a deep water quay would yield significant and substantial benefits to society. It is not only the fishing industry which would benefit, but also the tourism industry and the potential for the servicing of the renewable energy industry.

A cost benefit analysis report on the proposed deep water quay at Ros a’Mhíl harbour in Connemara was carried out by DKM for the Department of the Marine in June 2017. Following the report, planning permission was sought and obtained in 2018.

Since that time there has been no progress on the harbour, and, according to Mr O'Hara, the region has "been left in the dark with no explanation or justification for this lack of action".

'The proposed budget is €30 million which, according to Mr O'Hara, would be "well within the capacity of the existing annual expenditure" of the Department of Marine'

The original report was not made available to the public, and efforts to secure it to the Freedom of Information Act were refused. Mr O'Hara appealed the decision to the Office of the Information Commissioner and was successful. 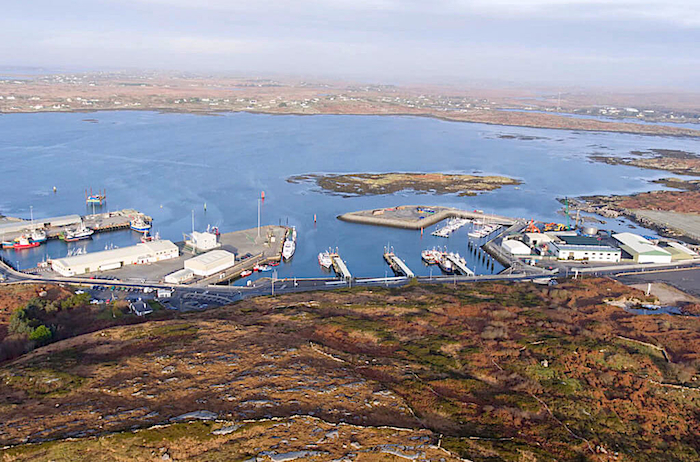 "The report leaves us in no doubt about the value of the proposed deepwater quay at Ros a’Mhíl. Therefore it is a huge disappointment that this development seems to have fallen victim to bureaucratic opposition and political inaction," said Mr O'Hara.

The proposed budget for the works is €30 million which, according to Mr O'Hara, if spread over several years, would be "well within the capacity of the existing annual expenditure" of the Department of Marine on such projects."

"The incoming government has stated that they are keen to invest in shovel ready capital projects," he said. "This report demonstrates the development of a deep water quay at Ros a'Mhíl would be of major benefit to Ireland's network of harbours on the West coast and would support much needed employment in the Connemara Gaeltacht."