Galway’s two private hospitals, which were temporarily taken over by the State for the duration of the Covid-19 pandemic, may continue to play a vital supporting role in the public healthcare system in the future.

Both the Bon Secours and the Galway Clinic may, if a new national agreement is reached with the hospital consultants, come to the aid of the public hospitals again.

This is likely to happen during winter when emergency department attendances and admissions to University Hospital Galway traditionally rise due to the prevalence of flu and respiratory conditions.

This year, the ongoing presence of Covid-19 will put additional pressure, in terms of physical distancing and infection control regulations, on the already overstretched public hospital system.

Cases of Covid-19 in the West

Tony Canavan, the chief executive of the Saolta University Health Care Group which runs seven public hospitals on five sites in the west and north-west, this week praised Galway’s private hospitals for their assistance during the pandemic. He stated they allowed Saolta to “free up beds” at UHG and Merlin Park Hospitals by enabling them to transfer patients from these facilities.

“One of the key reasons we could free up beds was because we could transfer patients. We transferred about 30, mainly medical rehabilitation patients from Merlin Park, to the Bon Secours. Quite a significant number of patients received treatment at the Galway Clinic also, every week we would increase this level of activity. This would include breast, prostate, and cardiothoracic surgeries as well as cardiac procedures, such as stents. People were sent for X-rays and scans also to the Bon Secours and the Galway Clinic.”

Concerns over temporary use of private hospitals

He said the availability of the private hospitals during the height of the pandemic allowed the public facilities to avail of additional capacity to cope with the predicted surge of Covid-19 cases.

The chief executive acknowledged there were concerns among some people about the Government’s decision earlier this year to temporarily use the private hospitals as public facilities.

'There is no vaccine for Covid-19. As we head into winter there will be flu and respiratory illnesses. That is in the context of having to maintain physical distancing and infection control'

He said Saolta was trying to work out how it could provide services safely in the context of Covid-19. “We are asking ourselves two questions: how do we do it and how can we avoid a situation where lots of people are waiting on trolleys each morning. We strongly believe the capacity in the private hospitals would be a huge help. I’d like to see it [happening] for this coming winter.

“There is no vaccine for Covid-19 and as we head into winter there will be flu and respiratory illnesses. That is in the context of having to maintain physical distancing and infection control. Trying to do our normal business in a Covid-19 environment would be a complex business.”

Mr Canavan outlined that the number of patients waiting on trolleys in one Galway hospital was a particular concern.

“Before Covid-19 we had lots of patients waiting on trolleys. That was unacceptable but it was a fact. Today [Tuesday] that is not the case, there is only one hospital, Portiuncula, where there were 12 patients waiting on trolleys at 8am. I don’t expect them to be waiting long but it is still a concern. Last week in Portiuncula there were five people waiting on one day and 13 on another. The numbers reduced quickly but it is still a concern. 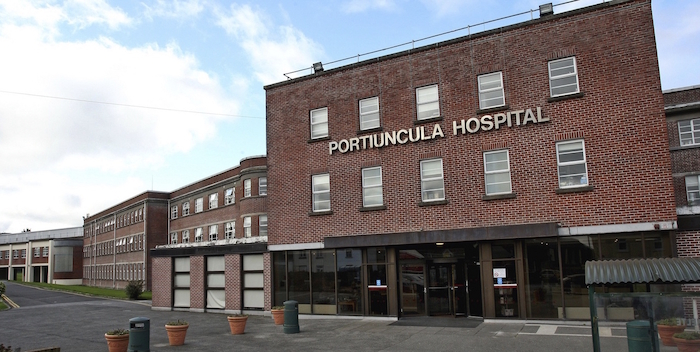