Galway is in an ideal situation to exit lockdown early and in my opinion we should be in a position to do so more quickly than other parts of Ireland.

Despite having the third highest population, county Galway has the third lowest covid-19 infection rate (per capita ). Whether this is because of an accident of geography, our amazing community effort, poor international access from infected hotspots, low detection rates, or the swift actions of our public services, it is hard to say.

Maybe it is a combination of some of these factors and more. The signs are encouraging and infection rates in Galway do not appear to be spiralling out of control. Dublin has 28 times more infected people than Galway, and six times when adjusted for population. In turn, Dublin is not as bad as many other capital cities. However, there is never any room for complacency.

Lockdown, cocooning, and social distancing are not very popular but most people accept the need for them at the moment. While the Government recently released a plan for gradually exiting from the current restrictions, it has stopped short of bringing us back to the way we were before that fateful day on Thursday March 12 when Taoiseach Leo Varadkar dramatically announced the closure of all schools and colleges in Ireland. This now seems like a lifetime away as more and more people are talking about moving to the so-called “new normal”.

Wait until a vaccine is developed?

When Health Minister, Simon Harris, stated that pubs would not reopen in Ireland until a new vaccine is found for Covid-19, there was an immediate uproar from the Licensed Vintners Association. Earliest estimates for a vaccine are the middle of 2021, and even that seems to be optimistic. Apparently no vaccine has ever been approved for a corona virus. There is still no effective vaccine for the SARS virus which emerged in 2002. Some experts have speculated we may never develop a vaccine for Covid-19 and that we will have to learn to live with it.

The effects on education 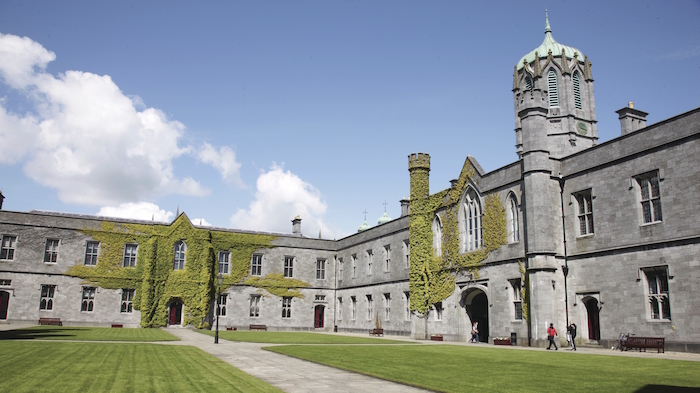 NUI Galway, which is such an important part of life in Galway, will have serious difficulties in adapting to the new realities. It currently has many international students. It is likely there will be a significant fall-off in international registrations in the coming year. The uncertainty about the leaving cert has not been helpful either, but currently it appears it will go ahead in July.

The leaving cert is an important national project. We will need to get our students through their schooling or it will have serious repercussions down the line. In general there has been a lack of consideration about the psychological effects of this lockdown on schoolchildren, and in particular, those with special needs, those who were due to do the junior cert, and those who due to transition from primary to secondary education.

As unemployment rises and tensions grow, there is a need to reopen as many business as possible while developing new safety practices. There was a great cheer in Galway when Supermacs reopened in a limited way. We will have to look at other work places on a case by case basis.

The key thing is that safe practices are now adopted and this will create its own set of difficulties. Rent and rates will need to change in structure as business will have to be strongly supported in order to adapt and survive. This will have serious repercussions for the financing of national and local Government. 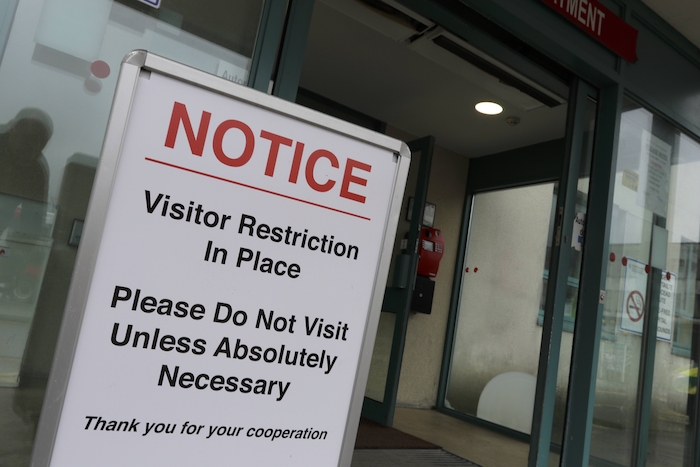 Already supermarkets and food outlets have done amazing work in adapting to the new realities. Hand sanitizers, plastic gloves, limiting numbers, queues, one way systems, contactless payment, and perspex barriers are now commonplace at supermarkets. Many people wear facemasks but these are not yet mandatory. They may be soon.

My local shop, Cappagh Stores, has remained open throughout. Its proprietor worked at lightning speed to make it safe. He restructured the whole shop and limited the number of people who can enter. He now has someone on the door at all times managing those who come in and out. He encourages a friendly atmosphere and locals have really benefitted. He quietly tells me that business is actually up but so are costs unfortunately.

Working from home should continue 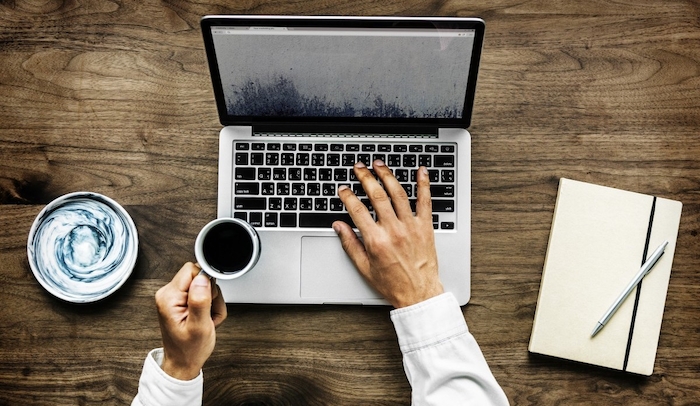 My own expertise is not in virology but in systems, data, policy, and of course politics. I work in the Data Science Institute in NUI Galway and together with my colleagues in the IOT unit we are developing a confinement adaptation toolkit for researchers. We are currently looking at how we might safely operate as a unit as we exit lockdown.

'People have commented on the fact they can hear birdsong again for the first time in years. Many believe the environmental agenda is more important than ever'

We have identified that, for example, our open plan offices will need to be modified and that working from home should be encouraged. Meetings will be a challenge and these may continue online for the foreseeable future. We are also suggesting staggered working hours, adopting enhanced hygiene and social distancing practices, and minimising the need for touching switches and buttons. Also the culture of staggering into work on painkillers when ill will have to stop. 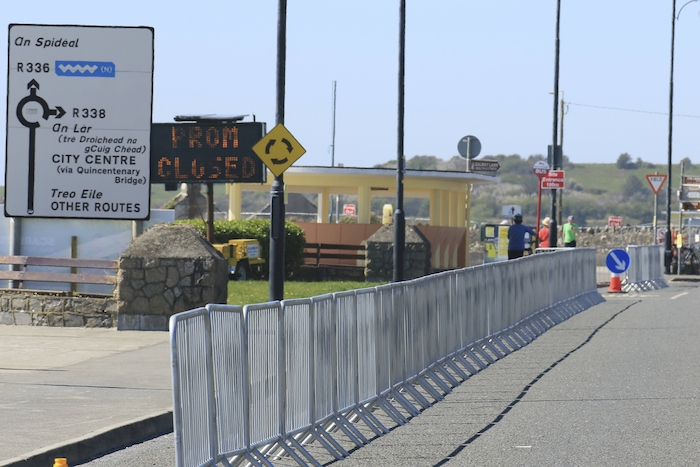 Parks and sports facilities will reopen on May 18 and that cannot come soon enough for many of us. The need for exercise and keeping healthy has never been clearer, but is not so easy to achieve while facilities are closed. Mental health has become a really big issue and it is well known that sports can help to reduce stress.

We have de facto travel restrictions already but there may be a need to restrict access from Covid-19 hotspots in Ireland or abroad in the longer term. This may include restrictions in travel between Dublin and Galway. It is also likely that tourism will be curtailed for quite some time, especially from countries which have not managed to get Covid-19 under control. 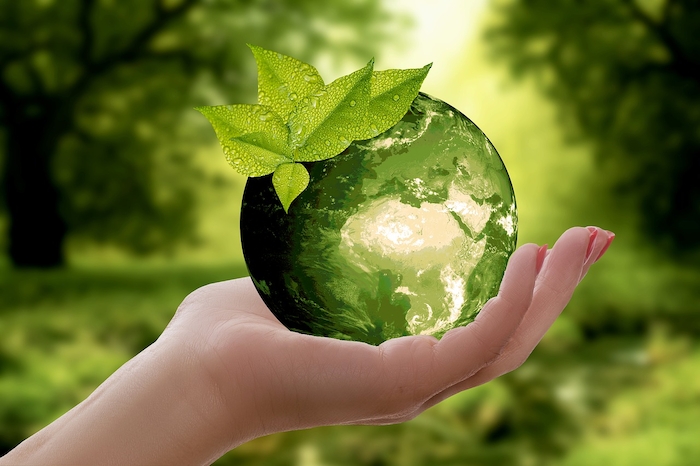 As we begin to design our new normal, it is important to recognise that the old normal was far from perfect. We will need to protect many people who have lost their jobs as a result of the virus, and some countries, such as Spain, are looking to introduce a Universal Basic Income. We should certainly consider that as an option.

A single tier public health service has almost emerged by accident. It would probably be foolish to let that go and there is no question that we seriously need to overhaul our health service and also our system of nursing homes.

One of the good things about the lockdown is our reconnection with nature, which has been a breath of fresh air, literally. With a lot less cars, pollution and noise levels have reduced. People have commented on the fact that they can hear birdsong again for the first time in years. Many people believe the environmental agenda is more important than ever.

The Irish people have proven that when the will is there, that they are hugely resilient, and well able to adapt to a new reality. Let us hope that soon enough Covid-19 will cease to dominate our daily lives, but until then we have to learn to adapt.

Niall Ó Brolcháin is a former Mayor of Galway was a member of Seanad Éireann.