The oldest known Claddagh Ring, dating from the 1700s and created by Richard Joyce, a member of the Joyce family - one of the Twelve Tribes of Galway - is coming home to the city.

The 300 year old ring was purchased by the Galway City Museum after it was included in a Sotheby’s auction of items sold from the estate of the late Garech Browne of Luggala, Wicklow. It is planned that the ring will go on display in the new Atlantic Museum which is due to open in 2022. The current Galway City Museum is to undergo an extension with an investment of more than €6 million from Fáilte Ireland.

Fianna Fáil Galway City West councillor, John Connolly, has welcomed the purchasing of the ring. "This will be a novel and valuable feature of the new museum," he said. "The staff of the museum deserve great credit for seeking out the feature and ensuring its return to Galway.” 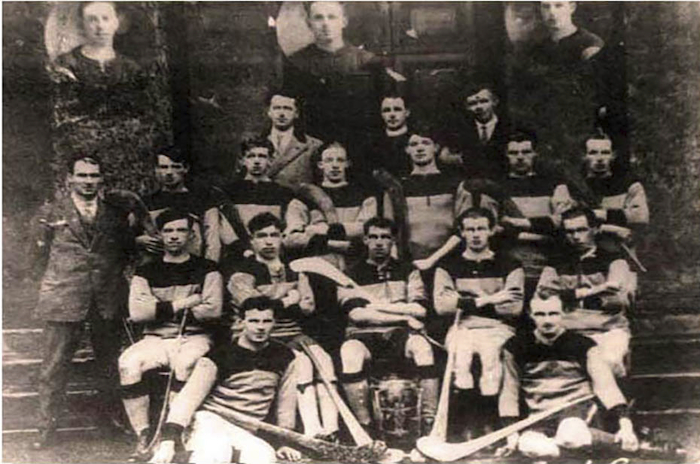 Cllr Connolly has also called on the Museum to also consider purchasing the medal collection of Leonard McGrath which are currently on auction. Mr McGrath is the only Galwegian to have All-Ireland Senior medals in both Hurling and Football, having been on the hurling team in 1923 [pictured above] and the football team in 1925.

"While the sale of these items are part of a greater collection currently on sale, the GAA medals having been won by a Galway person should be returned to the county," said Mr Connolly. "The museum has an exhibition of Galway GAA memorabilia and these medals would enhance that exhibition.”

The call has been supported by local Fine Gael Galway City Central councillor, Cllr Eddie Hoare, himself a former Galway footballer and winner of a Connacht Senior Championship Medal in 2016.