From the early rounds of tallies on Sunday morning it became obvious that Mairead Farrell would win a seat in Galway West, and that in doing so she would make history.

On Monday it happened, when she was officially declared elected, on the eight count, taking the third seat with a combined vote of 10,340 - a remarkable turnaround after losing her city council seat in last May's local elections. However, her election was significant in another way - she became the first Sinn Féin TD to be elected in Galway West, and the first Sinn Féin candidate - or any iteration of that party, in what is a long, turbulent, history - to win a Dail seat in Galway since 1922.

At the start of the campaign, Ms Farrell was not expected to come close to winning the seat. Even after the Sinn Féin surge was becoming obvious, most commentators thought she would receive a good vote, but fall somewhat short of being elected. Ms Farrell attributes her win to a mixture of that State-wide momentum, with a strong campaign on the ground.

"It was a bit of both," she told the Galway Advertiser. "In general elections, people look to the national stage, they look to see who the leader is, who the frontbench spokespeople are, and we have a brilliant frontbench team in Eoin O Brion, Louise O'Reilly, Pearse Doherty, people were excited to see the policies being put forward by them. At local level we ran a very strong campaign, activists put in huge work and campaigned tirelessly." 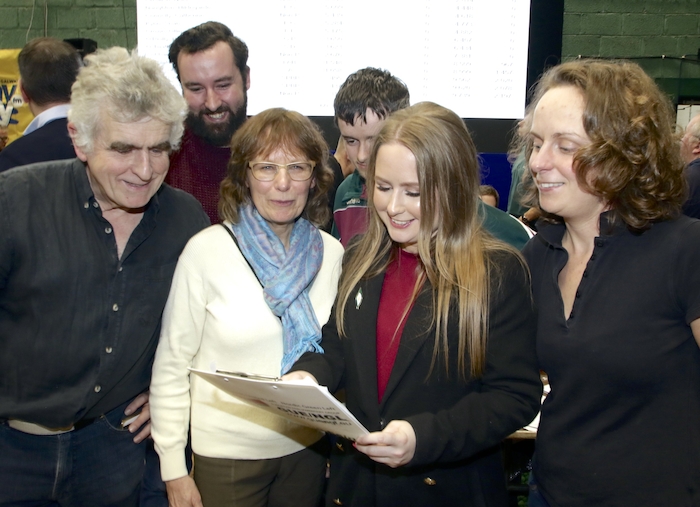 The question concerning Irish politics in the aftermath of Election 2020 is the formation of the next Government, and what role Sinn Féin will play in that. "Mary Lou McDonald has made it clear, that for us, it's about a Left-wing programme of Government. We'll speak to anyone willing to implement those changes. It's also very clear that the people have spoken. They want change. They're not happy with the current political set-up, so I hope Sinn Féin are in the next Government, and that we can implement the changes the people are looking for."

Dep Farrell defines herself as a socialist, a feminist, and a republican, and when asked how she would feel about a coalition with FF, she appears unenthusiastic, reiterating that "a strong Left-wing programme of Government" is what she wants to see emerge from any coalition talks. She underlines this point by her welcoming of the re-election of Independent Left TD, Catherine Connolly. The election of both women marked the first time Galway West has returned two Left seats.

As a TD, Dep Farrell said her main priorities will be focused on housing and healthcare, particularly the establishment of a 24 hour mental health unit. "We need it," she says, "and it's part of the Sinn Féin manifesto, and I hope that that will be delivered."