It makes no sense for the State and the Government to commemorate an organisation which sought to prevent an Irish state and Government from coming into existence, especially an organisation of which the notorious Black and Tans were a part.

This is the view of the Mayor of Galway, Independent city councillor Mike Cubbard, who this week added his voice to the growing opposition to the planned State commemoration - due to take place in Dublin Castle on January 17 - of members of the Royal Irish Constabulary and Dublin Metropolitan Police, who lost their lives during the War of Independence.

"I have decided to turn down an invitation from the Minister for Justice to attend the Government organised commemoration of the RIC," Mayor Cubbard said. "I believe a commemoration should be a celebration of a person or event in history, and as history tells us, the Royal Irish Constabulary were at the time the strong hand of the British state who directly opposed Irish independence." 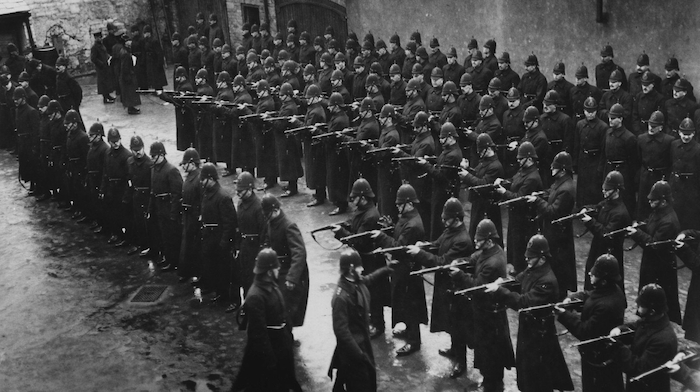 Mayor Cubbard is among a number of politicians who are boycotting the event. Dublin Lord Mayor Paul McAuliffe; Cork Mayor John Sheehan; and the Mayor of Clare, Cathal Crowe, have also refused to attend. On Monday, Dublin City Council voted "not to participate or have representation at the event". Fianna Fáil justice spokesperson, Jim O'Callaghan, outlined his opposition in a letter to the Justice Minister, Charlie Flanagan, pointing out that the RIC and DMP were complicit in a "violent response to oppose and suppress the democratic wishes of the majority on the island. I do not believe there is a moral equivalence between the struggle for Irish independence...and the effort made to suppress that struggle by the forces of the colonial power."

Mayor Cubbard expressed similar concerns: "As someone very proud of those who fought for that very freedom over 100 years ago, I think it would be disingenuous of me to attend this event that commemorates those who raided and torched homes, killed and tortured Irish people, and throughout the 1800s used battering rams to evict Irish people from their homes."

The Black and Tans and the RIC 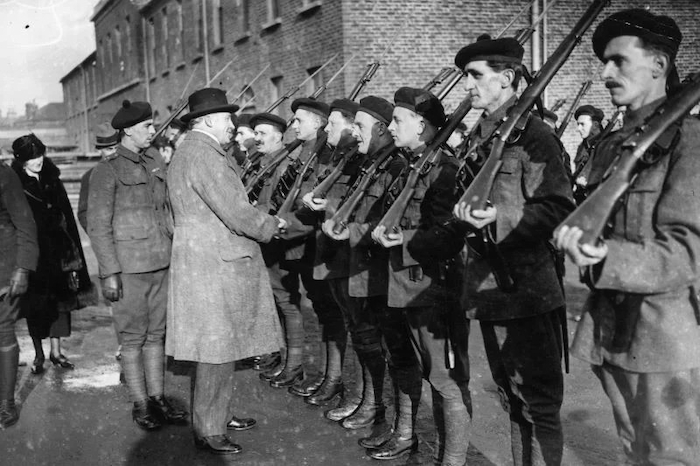 When the War of Independence broke out in 1919, the then British prime minister, David Lloyd George, considered it a law-and-order issue, and not an insurrection. As a result, the RIC were tasked with putting down the IRA and the Independence movement. However, when it became obvious that the RIC could not cope with the revolution, Winston Churchill proposed the creation of what became known as the Black and Tans. Their official title was the Royal Irish Constabulary Special Reserve.

The Black and Tans were recruited from WWI British army veterans and arrived in March 1920. DM Leeson of the Department of History, Laurentian University, Canada, has said that 1,153 Black and Tans joined the royal Irish Constabulary in October 1920. They would become notorious for their killing of civilians and attacks on civilian property.

They were followed into Ireland by the Auxillaries, who were recruited from the officer class, as well as from ex-servicemen. The activities of both organisations alienated not only Irish opinion, but to a certain extent opinion in Britain as well. Due to these factors, and the fact that the Black and Tans were constituted as an arm of the RIC, many feel it is highly inappropriate, even perverse, for the State to commemorate the RIC.

As Diarmaid Ferriter, Professor of Modern Irish History at UCD, said: "Such was the cementing of the notorious reputation of the force that the war of independence was often referred to as 'the Tan war'. But regular RIC members also became capable of brutality and reprisals, as did the IRA, such was the nature of the war.

"They were far from the only symbol of terror in Ireland in 1920, but their impact on civilians in particular led to them occupying an elevated position in the hierarchy of villains of that period of Irish history. Theirs was a dismal record, reflecting very poorly on their political creators."

Tomás MacConmara, an expert on the War of Independence said: "It seems counter-intuitive to me for the Irish State to celebrate an organisation that, if it was successful, would have prevented independence," and noted the RIC was "responsible for a pretty brutal attempt to suppress the drive for independence".

Support for the Mayor's stance

Mayor Cubbard's stance on the issue has attracted a high level of support locally. Two separate Facebook posts from the Mayor on Monday regarding his reasons for refusing to attend, had attracted a combined total of 1,020 likes and 181 shares by the following morning.

"While some will disagree," he said, "I have taken this personal decision as I believe it the right thing to do in support of those whose lives were lost creating the Ireland we enjoy today. It would be more in line for the Government to put their efforts into supporting our current defence forces who are underpaid and operate in terrible conditions."