In Joyce's Ulysses, the anti-Semitic headmaster Mr Deasy, claims "Ireland has the honour of being the only country which never persecuted the Jews," an accomplishment he attributes, by a feat of mental gymnastics, to NIMBYism: "Because she never let them in."

Insider was reminded of this logic - and of more recent examples of bigotry and NIMBYism close to home - while watching a wonderful production of Fiddler On The Roof at the Town Hall Theatre recently. In the musical, the residents of Anatevka feel isolated, and insulated, from the chaos and violence of the outside world. They believe, to borrow Upton Sinclair's phrase, that 'It Can't Happen Here', and yet, as the proto-Communist organiser Perchik tells them, "It's reaching everywhere, and it will reach here."

It has been easy, in Ireland, to be complacent about the risks of a resurgent far-right, the violence and the tensions we have observed from afar: parties of the far-right have never secured a large vote here; our self-image as a people is centred on our welcoming nature, our Céad Mile Fáilte; we too were colonised, so we empathise with the underdog, the downtrodden. This framing of the world has some grounding in facts, but also chooses to omit inconvenient truths.

It was because of events in Galway that the term 'Rahoonery' was coined, when local residents conspired to exclude Traveller families from housing, supported by local politicians who either shared their bigotry or weighed up personal electoral advantage against the cost of encouraging hatred and leaving families homeless. It should be remembered that this was not a single incident, but one repeated across the city and elsewhere over the years. 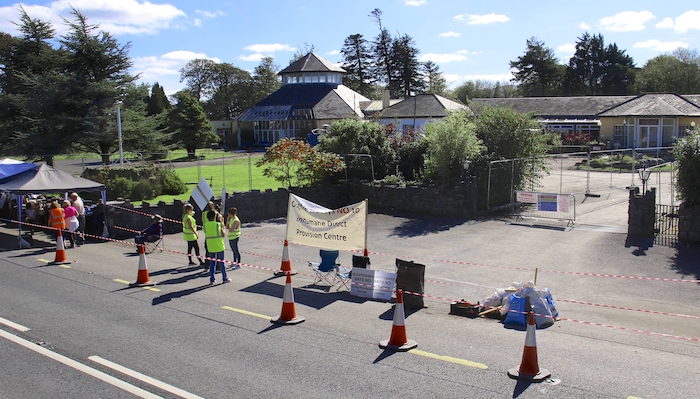 There are shades of this past history in some of the protests and barricades we have seen outside proposed accommodation for asylum seekers and refugees in recent months.The outstretched hand of welcome stretches a little further for those who bring their wealth with them - the tourist, the foreign investor - and a little less for the refugee, the Traveller, the homeless.

Yeats bemoaned a narrow selfishness that fixated on adding "the halfpence to the pence, and prayer unto shivering prayer" in an internal logic that is destined to denude us of our humanity. And yet...and yet...there are reasons to be hopeful.

'The West has, through rampant consumerism and various military conflicts, contributed to conflict, global warming, and injustices driving much of the population displacements we see today'

John Durham Peters, in his meditation on authenticity in communication, argues that "we mortals really love only personally, and yet not to love all people is unjust." That's a moral challenge, but one that carries within itself the seeds of its own solution: familiarity, it turns out, breeds not contempt, but acceptance. Over and over, we see that those areas with the most multi-cultural populations have the lowest levels of bigotry and fear of the other. 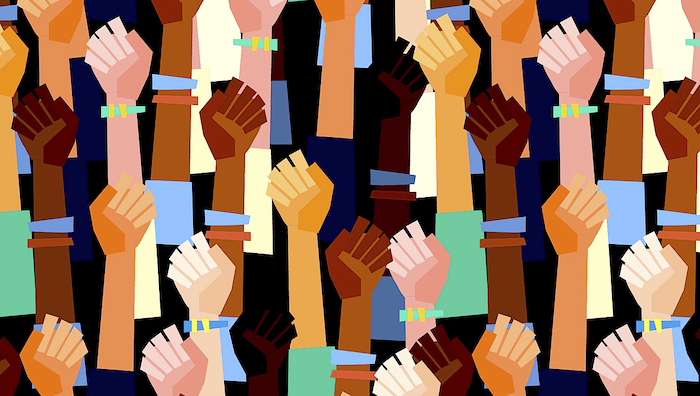 The increasingly diverse nature of our schools and neighbourhoods provides increased opportunities for exposure to diverse cultures, to those who are 'different'. In many of our schools today, children are growing up hearing dozens of languages spoken as parents drop off children in the morning, or as their friends teach them the basics of Polish, Spanish, Portuguese, Hindi, and more. They learn of people with different customs, religions, clothing, as not just 'over there' but friends and classmates.

We can harness our history to support an invigorated, outward-looking, solidarity, one that recognises our history as a colonised people, but also our privileged place in a global context. The UNHCR reports a record 70.8 million forcibly displaced people worldwide, of whom 3.5 million are asylum-seekers. The International Organisation for Migration has tracked 1,080 refugee deaths in the Mediterranean so far this year - a decrease on last year's figure, but still a shocking loss of life. 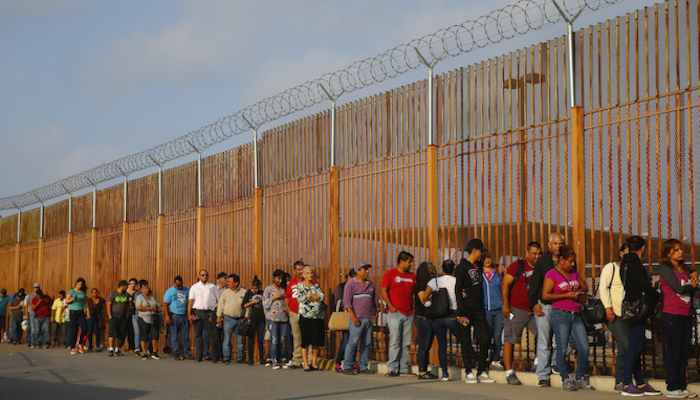 Insider was disheartened, therefore (if not surprised ) when Fine Gael MEPs Mairead McGuinness and Maria Walsh voted against efforts to rescue those at risk of drowning in the Mediterranean. And yet, Insider was struck by the words of Labour Galway City West councillor Níall McNelis at a recent rally organised by the Galway Anti-Racism Network, where he noted Galway's history as a migrant port - a place from which many departed to seek a better life abroad - which should give us pause when asking about those now seeking to flee war and famine.

'One in every seven Irish children has a parent who was born outside the country. Those children are not Other, alien. They are ours, they are us'

Cllr McNelis also made an important point in acknowledging our collective identity as part of the 'West' that has, through rampant consumerism and various military conflicts, contributed to conflict, global warming, and injustices that are driving much of the population displacements we see today. This is the point, of course, at which economics, climate action, and demographics intersect.

One of the points of hope in recent climate activism has been those ways in which it has been intersectional, drawing on multiple traditions, and recognising the range of issues that need to be addressed in tandem if we are to successfully address climate change - a just transition, which ensures that the burden of transition is not on those least able to sustain it; timely action that responds to the science, not just political convenience; and internationally engaged action, which recognises that these issues require collaboration and, in the best traditions of solidarity, mutual aid and support.

If the School Strikes and Fridays For Future movement put a pep in Insider's step over the past year, perhaps equally important has been seeing that this is not only a youth movement - the range of trade unions and political parties at the recent climate rally in Eyre Square illustrates the range of 'buy-in' for these issues, crucial if social movements are to translate ideas into action.

While former presidential candidate Peter Casey, Independent Galway West TD Noel Grealish, and others, have decided to go all in on race-baiting and demonising of the vulnerable - the 'Other' - we have also seen examples of communities proactively welcoming asylum seekers and others - ensuring that their silence cannot be taken as support for the voices of hate; ensuring through small quiet acts, and more public actions, that another future, one that is welcoming, inclusive, and exciting, is possible.

One in every seven Irish children, Brendan Howlin noted at Labour's conference last week, has a parent who was born outside the country. Those children are not Other, alien. They are ours, they are us. They are part of the fabric of our schools and our neighbourhoods; our sports teams and our families. If, as Peters said, "we love only personally", well then we have a lot of personal stories, familiar faces to substitute for the shadowy threats that some would conjure up for us. And those stories, that engagement is our best chance to challenge narratives of fear and distrust.