Security is to be tightened at the Masjid Maryam mosque on the Old Monivea Road, following an attack on the building which was widely considered to be racist and Islamophobic in motivation.

The mosque is the chief centre of worship for the city's Ahmadiyya Muslim community, and enjoyed a reputation as a welcoming environment for non-Muslims and a point of interfaith outreach and bridge building between Muslims and the wider community. The ability to provide such services is now in jeopardy as there are fears that repeat attacks on the building, or on worshippers, could follow.

According to Fianna Fáil Galway West TD Éamon Ó Cuív, the attack was a "vile act", but was also targeted and he said security would be tightened at the mosque. "There is a fear attackers may return," he said. "It is shameful that in modern Ireland people will feel frightened attending their place of worship." 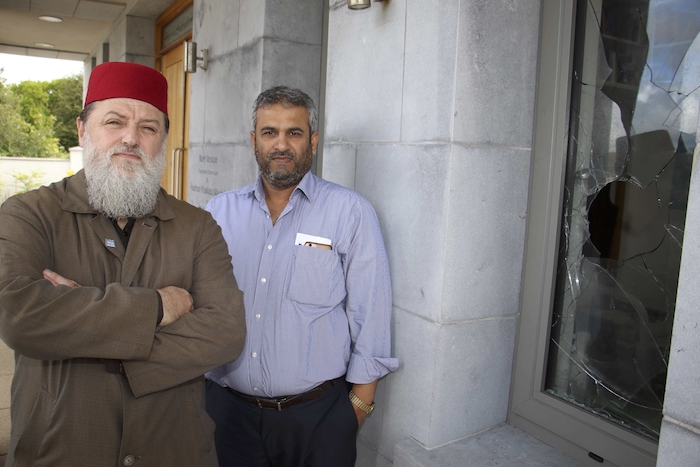 The attack is suspected to have been carried out by a very small, radicalised, group, who are opposed to immigrants, non-whites, and Muslims. No arrests have been made as yet, but Garda investigations are ongoing.

Social Democrats Galway City East councillor Owen Hanley said the attack did not represent the majority of people on the east side of the city, but warned that there was a "growing marginal minority who are radicalised by hate and bigotry". He added: "Galway is a place of openness and tolerance. We must become more proactive in tackling this."

Galway's religious leaders, politicians, anti-racism activists, and civic society as a whole, have stood shoulder to shoulder with the city's Ahmadiyya Muslim community and unequivocally condemned the attack on Masjid Maryam mosque. The attack was called an "outrage" by the Bishop of Galway, Brendan Kelly. The Galway Anti-Racism Network described it as "an act of intimidation designed to strike fear and cause division", a sentiment echoed by Rev Lynda Peilow, rector of St Nicholas' Collegiate Church, who said the attack "was intended to cause fear". 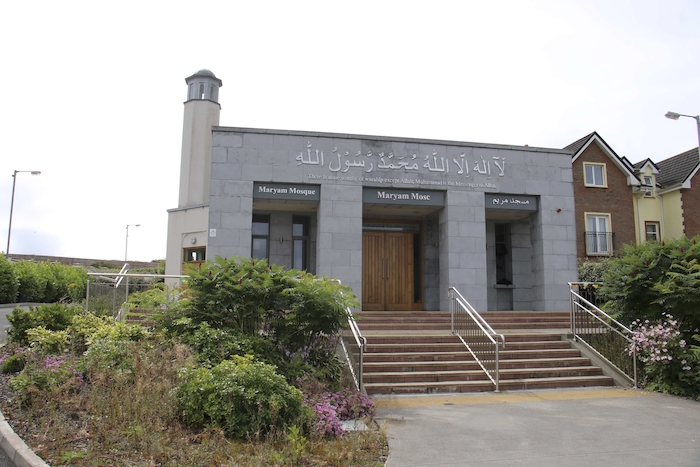 Sometime between the Sunday night and the early hours of Monday morning, the mosque was severely vandalised with windows and locks broken; security camera equipment was stolen from inside the building; while the office of the community's Imam, Ibrahim Noonan, was completely destroyed, with the perpetrators having thrown the Irish tricolour, books, and family photographs out the window. The estimated damage to the mosque is between €5,000 and €8,000.

A community is terrified

Dr MA Malik, the national president of the Ahmadiyya Muslim Association Ireland said the community was "terrified and deeply saddened by this vandalism and attack on our place of worship and house of peace". He added: "This is a peaceful and law abiding community who is committed to promote peace and reject any shape of violence and terrorism in any shape or form."

The mosque was previously attacked in July 2017, but while that was seen as mostly an act of vandalism, this week's attack is seen as a much more serious and worrying development. The scale of the vandalism was larger and more extensive, and that it was racist and Islamophobic in its motivation.

'It is deeply disappointing to learn of minority cultures being attacked. A place of worship should be sacred but now the Ahmadiyya Muslim community in Galway feel under attack'

Imam Noonan said this week that he was warned three months ago that there could be an attack. The warning came from an anonymous caller to the iman, who said he was affiliated with a group that was planning an attack on both the mosque and the imam himself. “He had told me they knew where I live so I went out my front door every morning looking to see if a car was watching me," he told The Irish Times. "Eventually they fulfilled their promise.”

Imam Noonan is now concerned that physical attacks on Galway Muslims will be the next manifestation. "I’m concerned for my own safety," he said. "Before our mosque was open to the public. Now we have to turn our mosque into a fortress and lock it up. We will have to have so much security around it that it will look like something else, exactly what I didn’t want. People will be scared to come here.”

Galway is recognised as the most multicultural city in Ireland, and regarded as being tolerant and welcoming. As a result, the attack on the mosque has come as a shock. Joe Loughnane, chair of the Galway Anti-Racism Network, described it as a "vicious, targeted attack" that demanded "a solid anti-racist response" at all levels. "It is deeply disappointing to learn of minority cultures being attacked in such a way," he said. "A place of worship should be sacred but now the Ahmadiyya Muslim community in Galway feel under attack." 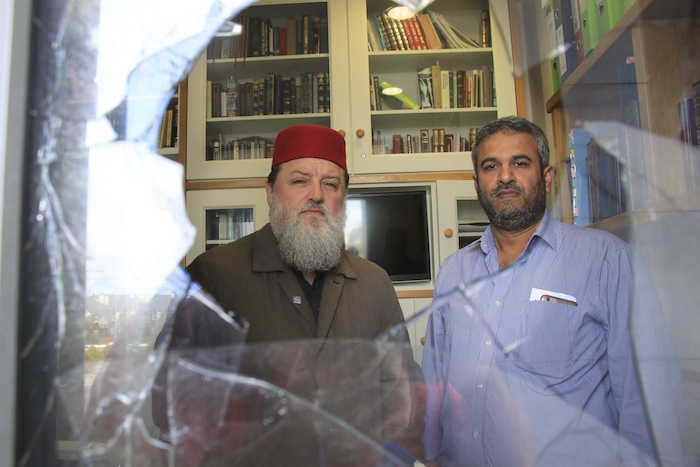 The city's religious leaders have also condemned the attack. Bishop Brendan Kelly, said, "An attack on a place of worship is an assault on God and an assault on all people of faith," he said. "We stand in solidarity with our Muslim neighbours. With them, we reject violence, we reject division and we reject hate."

Rev Lynda Peilow, the rector of St Nicholas' Collegiate Church, said such an attack "is not an attack on one community, but on us all". She said Galway's Church of Ireland community "send our heartfelt support to Iman Noonan and his community in Galway and across Ireland at this time".

"In the wake of such an act that was intended to cause fear and make a statement, we as the churches in Galway make our own statement, and show our support, solidarity and help to Iman Ibrahim Noonan and the community. At a service on Wednesday, special prayers were said for all belonging to the Galway mosque. We are holding our friends and neighbours from Galway mosque in our prayers, and we stand shoulder to shoulder with them at this traumatic time."