Currently running at the Black Gate Cultural Centre is Failte Africa, an exhibition of paintings by Nasir El Safi, a Sudanese journalist and artist who came to Ireland two years ago and has been living in the direct provision system.

The paintings have the strong colours and bold lines one often encounters in African art and bring a flavour of the distinctive culture and heritage of Sudan to the heart of Galway. Over an afternoon coffee, Nasir sat down with me and, with the aid of an interpreter, discussed Sudan’s history and politics, his move to Ireland and his hopes for the future, both for himself and his country.

In recent times Sudan has been plagued by conflict and turmoil, much of it fuelled by outside powers, and Nasir began our interview by outlining the story behind this. "Sudan has a long history and is a multi-cultural, multi-ethnic country but its people lived together in harmony," he says. "This diversity is reflected in Sudan’s art, from its singers, painters and poets, and makes it unique in the region. Sudan is also a very strategic country and very important within the region, geographically and geopolitically. It is very rich in natural resources and minerals. All of that makes it a focal point of international and regional interests, so it became a site of conflict between regional powers.” 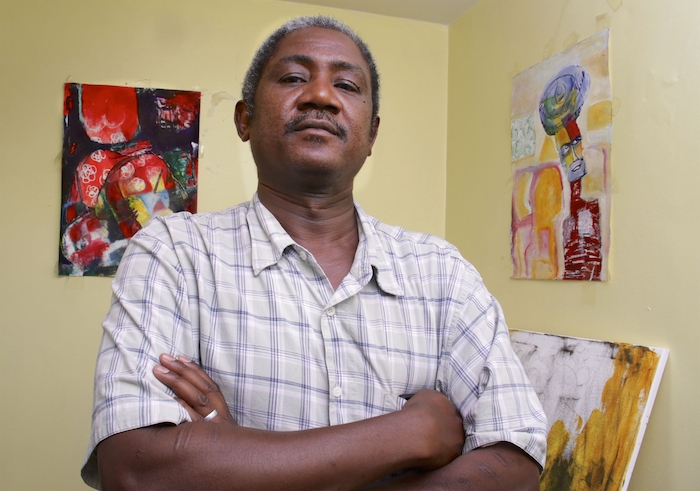 The regime of Sudanese despot Omar al-Bashir, which was overthrown earlier this year, was notorious for its oppressive policies. As a working journalist, Nasir had frequent first-hand experience of these. “In the three decades of the al-Bashir era there was no freedom of speech or scope for media or journalists to work in a tolerant environment. There were huge violations of human rights and restrictions on freedom of political activities.

'Direct provision is a very hard system to live in. Mentally it consumes a lot of energy and affects your stability and inner peace. The system is not efficient'

When Nasir began to receive death threats he decided that, for his own safety, he had to leave Sudan and, in June 2017, he came to Ireland. He tells me why he chose this country.

“It wasn’t easy at that time to leave Sudan but through some connections I managed to get a flight out of the country," he says. "I chose Ireland because the country is historically well known for defending and advocating human rights and its remarkable position and stance within the international community. So I came to Ireland because of this and also because Ireland is the country that hosted the Dublin Agreement defining refugee policy in the EU. Furthermore, Irish society is peaceful and moderate, and the Irish people are similar, morally and ethics wise, to my people. One other factor that influenced me to choose Ireland is that there are many Sudanese doctors in Ireland and when they go back to Sudan they always speak positively of this country.” 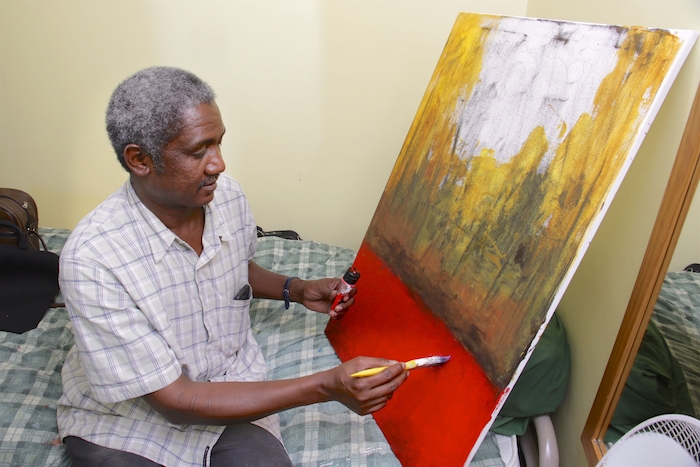 As an immigrant, Nasir has had to endure the red tape and restrictions of the direct provision system, though his case is progressing favourably. He describes the difficulties of living within direct provision.

“It is a very hard system to live in. Mentally it consumes a lot of energy and affects your stability and inner peace. The process of the system is not clear; you wait there and you don’t know when you will get an interview or what the response will be to your case and when you get an interview you have to wait months, even years, in these centres. It is not good for a human being to live in these centres for such a long time. It is very stressful. The system is not efficient.”

As Nasir’s English is still not fluent, he has been working more on his paintings since coming to Ireland, though he has no intention of giving up journalism. “I have been focusing more on painting because I am still just learning English and so cannot work here as a journalist,” he says. “My vision now is to respond to the big changes and the revolutionary uprising in Sudan in December, after the ousting of al-Bashir.

'When African migrants come to Europe they find themselves within strictly designed processing systems which leaves them preoccupied mentally with their own issues. There is no scope left for them to engage with what is going on around them'

"This is a historical moment for Sudan and I want to document it through painting and to bear witness to all these changes at all levels, cultural and social; there are so many dynamics happening in Sudan at the moment. I will never quit journalism but I need to learn English and I am doing that now. Definitely in the future it will again be my career and I would love to work in journalism in Ireland.”

Just last weekend, Sudan's military rulers agreed to share power with the country's civilian reformers and Nasir is hopeful about his country's future.  “I am very optimistic," he says. "I believe this revolution is the dream of this generation. There are dramatic changes in Sudan right now and that lets us have good hope for tomorrow and our future. The entire population believe so strongly in this.”

The story of African immigration to Europe in recent years is nearly always related through European voices. Nasir offers an African migrant’s view of the story. “The flow of immigrants from Africa to Europe arises from chronic problems in their countries of origin. These problems have not been solved since the era of colonisation and include tribal conflicts, conflicts over resources, hunger, lack of education; all these issues together push people to leave their homelands to seek a better life in Europe. 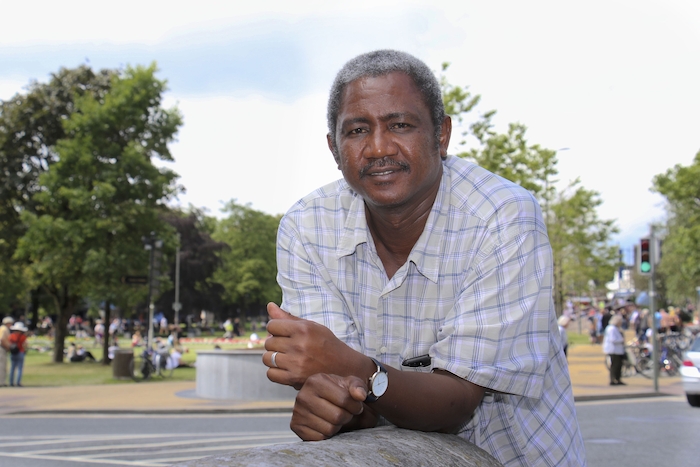 "The media in Europe often don’t focus on the origin of the problems but just on the people who are coming. The other thing is that when African migrants come to Europe they find themselves within strictly designed processing systems which leaves them preoccupied mentally with their own issues. There is no scope left for them to engage with what is going on around them and to make their voice heard in the media. There is the lack of a platform to help immigrants express themselves and that should be addressed.”

As our interview concludes Nasir offers a final thought on the art of Sudan. “Sudanese artists’ art is very unique and very special because it reflects the richness of the culture of Sudan," he says. "However, it does not get much coverage in the media and I’d love if the media would get to know it and give it the exposure it merits.”

Nasir’s own art is now getting some welcome exposure at the Black Gate and the exhibition continues through the rest of August.