Steve Wall of The Stunning has become increasingly well known for his acting credits in recent years and the Galway Film Fleadh will screen his latest film, My Foolish Heart, in which he plays jazz great, Chet Baker.

Directed by Rolf van Eijk, the film focuses on Baker’s final days in Amsterdam in 1988, where he died following a fall from his hotel window. It is perhaps Steve’s most high profile role to date and, ahead of the fleadh screening, he spoke with me about his burgeoning acting career and the challenges of portraying Baker.

While he may still be best known to some for his music with The Stunning and The Walls, it was acting that was Steve’s first love. “I remember applying for RADA from Ennistymon because I loved watching movies,” he recalls of his teenage years. “We only had a black and white TV and the one RTÉ channel but I remember seeing Rebel Without A Cause when I was 14 and it really blew my mind. Then I saw Giant and I thought James Dean was incredible; at that age his discomfort with everything around him resonated with me.”

A few years later Steve moved to Galway where he played in the band New Testament. When they split his thoughts again turned to acting. “I walked into Druid and asked for a job because in my mind I was still navigating toward an acting career," he recalls. "Marie Mullen interviewed me and she told me I could start on Monday; they were doing On The Outside and I had a walk-on part in that and I was also Maeliosa Stafford’s understudy.

"I stayed with Druid for two years doing all kinds of things; I was Garry Hynes’s assistant on Tis Pity She’s a Whore and helped Roger Doyle who composed the music for that show, I was also the sound operator on Conversations On A Homecoming. It was a fascinating time for me. I then moved to Dublin to pursue an acting career but I spent a miserable year there unemployed. One night I decided to form a band as that was something you could do yourself which is how The Stunning started, and then rock and roll was my life for the next 25 years.”

A return to acting

I ask Steve what got him back into acting. “There is a Druid link to that too,” he replies. “In 2010, I bumped into Maureen Hughes in Dublin, who had worked with Druid when I was there, and went on to be a successful casting agent. She said to me ‘Why did you ever give up acting, you never gave it a proper go?’ and it was something that I had still been thinking about. Maureen told me she and a couple of film directors were running a workshop in screen acting so I jumped at the opportunity to do it and I absolutely loved it, it reignited the possibility of becoming an actor.

'The director asked would I consider losing weight. I’m skinny enough but Chet looked emaciated in his final days, so I gave up eating carbs and lost about a stone'

"I decided I would keep at it and in 2012 I got the part of Uncle Danny in Moone Boy. That was a great role for me because I had so many things to draw from; I knew a lot of characters who were very similar to Uncle Danny so I really enjoyed doing it. After that I had a small role in a horror film, Dark Touch, then I got cast in the series Vikings, and that was a good experience, being involved in a show of that scale. Part of the stuff you don’t learn in acting course is how it all works on a film set so Vikings was great for me in that regard.” 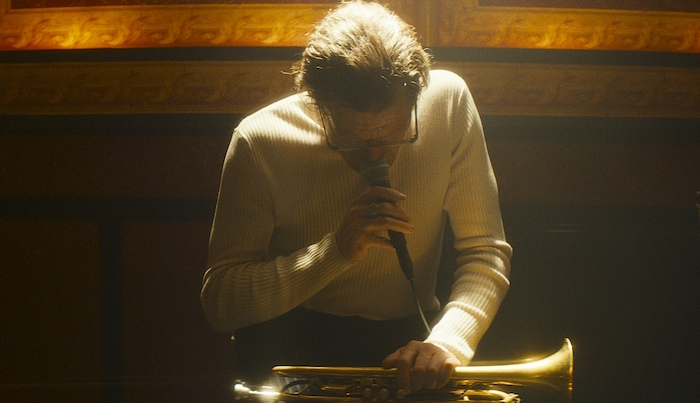 Steve compares the contrasting dynamics of singing and acting. “People ask me does being a musician help with the acting," he says. "For me, the only thing it helped with is that you are used to doing something in front of people but acting is even more concentrated because you are not being yourself, you are imagining the character and there is a different kind of focus. Being a musician is about getting over the shyness of being up on a stage in front of people but the acting muscle is very different to being onstage with a band. There is a different focus and there is a lot more stuff going on in your head with acting than when you are onstage singing.”

Moving on to This Foolish Heart, Steve relates how he got the role of the gifted but dissolute trumpeter; “I had sent some new head shots a few years ago to my agent and I jokingly said to her I looked wrecked in them and if she ever heard that someone was doing a Chet Baker bio to put me forward for it. Four years later she rang me and said, ‘You won’t believe it but there’s a Chet Baker movie being made by a Dutch company.'

"I jumped at the opportunity to audition and they asked me to send in a tape. I told a white lie and said I was on holiday as I knew I needed a bit of time to prepare properly. I spent the next few days watching everything I could find on Youtube of Chet Baker performances and interviews, I got the biography Deep In A Dream - the Long Night of Chet Baker and I found that great. I experimented with getting his speaking voice right, he had a nasal, high voice and I was walking around all day trying to get it right. Then I did the tape and sent it off and they really liked it. I didn’t get cast straight away because they were casting in America over the next couple of months and looking at big names, so I thought I’d lose out, but they came back and offered me the role.” 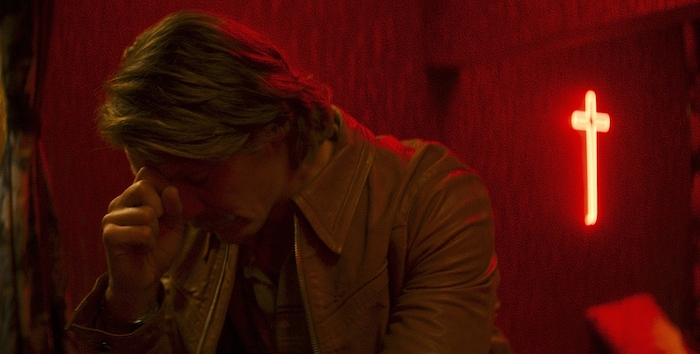 Perfecting Baker’s haggard, drug-raddled, look and the trumpet-playing required a lot of work, Steve reveals; “There was a lot of prosthetic make up involved which helped me get into the role. The makeup used to take two to three hours to put on every morning so the days were long. I’d fall asleep sometimes as they were putting it on and then wake up to find this haggard old man looking back at me from the mirror!

"The director also asked me would I consider losing weight. I’m skinny enough but Chet looked so emaciated in his final days so I gave up eating carbs for a bit and I lost about a stone. When I see it now, it does help because my shoulders look bonier and I was trying to get his walk and everything right.

Having made his acting debut with a Druid walk on, Steve is especially pleased to have This Foolish Heart, with his first big-screen lead role, be part of the Galway Film Fleadh. “I’m absolutely delighted," he says. "I feel really honoured to have it as part of the fleadh because I’ve been going down to the fleadh ever since its earliest days, when it was on in the Claddagh Palace. I can’t wait to get down there for the screening.”

This Foolish Heart will be screened on Wednesday July 10 at 10pm in the Town Hall Theatre. Steve Wall will take part in a Q&A session after the screening. For tickets see www.galwayfilmfleadh.com