As the Dáil prepares to head off on its summer recess, with local and European elections behind us and with a general election looming ever nearer, Insider felt it a good time to take stock and consider the state of the various parties.

People generally look at the local elections as providing a good yardstick for measuring party support levels and as a means of identifying future stars and Dáil material. The recent contests could broadly be summed up as remarkably stable for Independents; SF and People Before Profit enduring significant losses, with one-third of their seats going to the ‘Big Two’; and two-thirds going to parties that are broadly soft/centre left. This last combination, comprising Labour, Social Democrats and Greens, will be referred to by Insider as ‘the Triple Left Alliance’, or TLA for short.

It is in the context of these shifts in support that Insider will give his verdict on where the various parties stand and what it could mean for a general election and subsequent government formation. 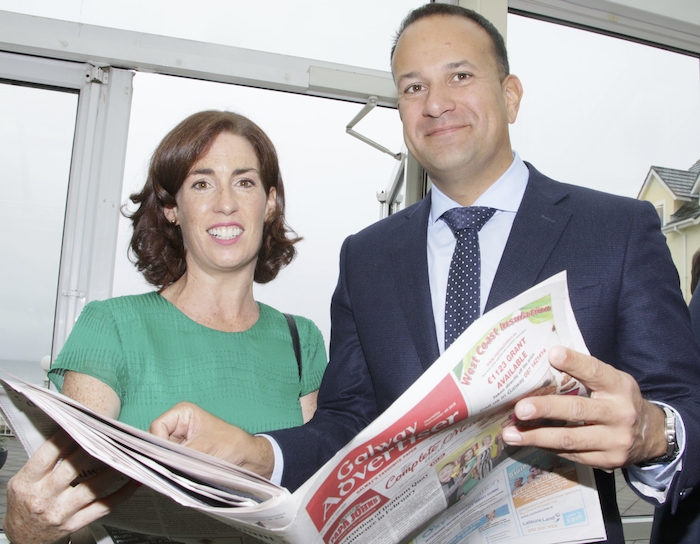 The opinion polls, exit polls, and the movements therein, broadly showed FG appearing to hold a significant edge on this time last year, but with FF closing the gap since the autumn. When it came to polling day, there was little to choose between the two.

Overall, FF will be pleased to have retained its position as the lead party in local government and to have finally shown signs, albeit tentative ones, of breaking through the glass ceiling of 25 per cent and winning back support in difficult areas such as Galway city and in Dublin, where it did well in some old strongholds. They struggled however in the European elections where the party’s lack of high-profile frontline figures was again exposed as a weakness.

Of all the parties, FG’s performance has been the one that observers have found hardest to judge. While it made a very small net gain in seats, this was off the back of a very poor outing in 2014. A few months back the party would have regarded this as a disappointment, but in retrospect may be pleased to have avoided a further backlash after eight years in power.

FG also polled reasonably well again in Dublin and did manage some breakthroughs in key target areas around the State, but will feel there is still much work to be done. It will hold out some hope that indications from the exit poll that FG will fare slightly better in a general election prove accurate. It will also point to another strong showing in the European elections.

Taking the two parties together, the 53 per cent vote share was a modest improvement on recent outings and they will hope to add a few points to that in a general election. However, as things stand both will be well short of a majority. The battle for votes and seats is only the first stage in their contest, with the coalition building to follow being just as important.

FG is currently fearful that FF has stolen a march in this second stage, in particular in developing relations with the TLA. The number of FF/TLA alliances that have taken control of local authorities, including some of the higher profile such as Dublin City Council, has not gone without comment. However, much as the talk last year of FG being in a dominant position was premature, so is any talk of FF seizing a decisive advantage now. This is a contest that has plenty of road to run and Insider will not be making any definitive predictions yet as to who might come out on top. 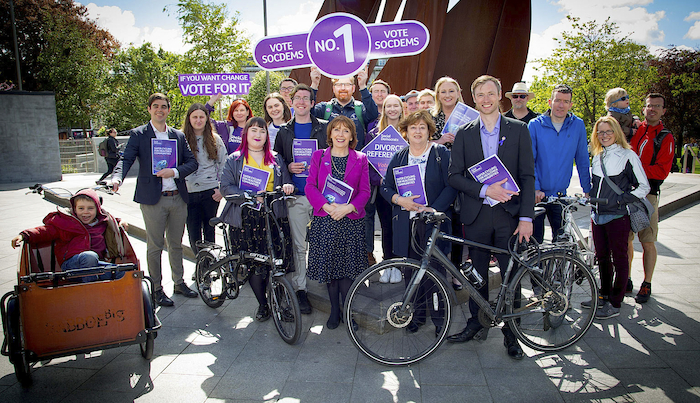 The old centre-left of Irish politics has appeared somewhat moribund in the past few years with Labour licking their wounds after a bruising spell in government and subsequent electoral calamity, and with Labour, the Social Democrats, and to an extent the Greens, appearing to cancel each other out.

The mood has picked up since the end of May however as all three made gains at the expense of SF and PBP. These gains were very much skewed towards the Greens of course who made hefty gains in Dublin and in a number of other areas, including Galway West where the party now holds three seats across the city and Connemara. The big question is whether these gains can be converted into seat gains at a general election with the party targeting six seats and some pundits suggesting even more.

The Social Democrats also had a very respectable first outing at a local election, almost reaching their stated target of 20 council seats. To date the party has been very reliant on a small number of high profile national figures and the question now is whether it can make an impact on the ground that would enable the party to grow. Back at a national level, a question that still remains unanswered but which will come to the fore is whether the Soc Dems see themselves as a party of government or are willing to participate in negotiations. 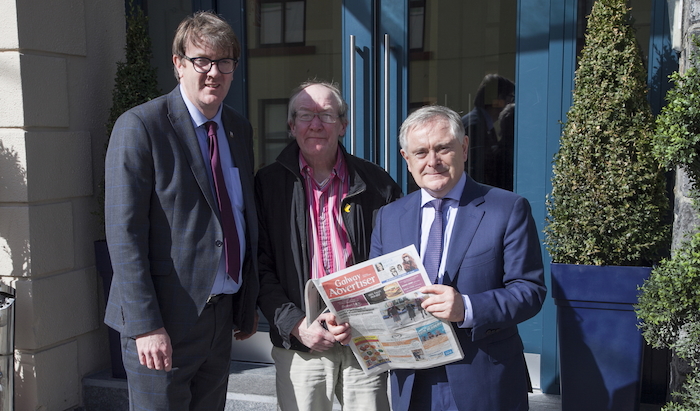 The third leg of the TLA is still its largest but must nevertheless be watching with mixed emotions. Labour did not have the greatest of outings in May with a fairly static vote at local level and a very poor European elections. The party will point with some justification to running far fewer candidates than in 2014 and to focusing on a number of core areas.

The results have been mixed however, with decent showings in places like Louth, Waterford, and parts of Dublin, being offset by disappointing results in former strongholds such as Galway, Kerry, and Tipperary. As Insider has often said the party will have to grind out a slow and gradual recovery although it may feel buoyed by an uptick of energy among the centre-left as a whole.

For the TLA overall (and in particular Labour and the Social Democrats ) the big question must be whether they intend to co-operate in the hope of the total being greater than the sum of the parts and whether they see themselves as playing a role in government formation next time out.

SF – at a crossroads? 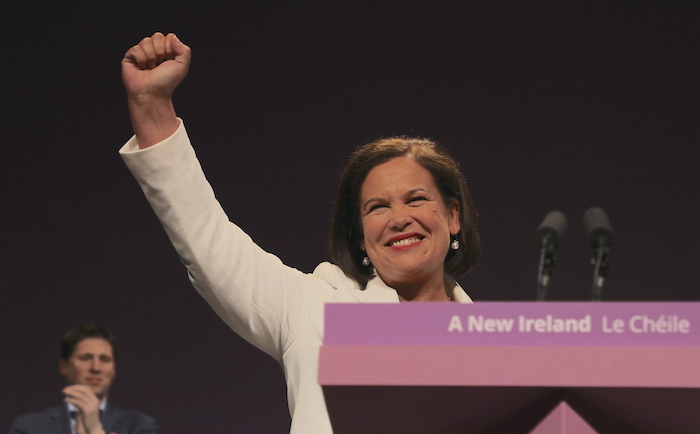 There is no sugar-coating the recent elections for SF. Heavy losses at both local and European level, with very few former strongholds escaping unscathed, and worryingly a return to the party's transfer toxicity. The party was expecting momentum to stall and as election day approached were somewhat resigned to a setback but very few saw the scale of the disaster coming.

It would be possible to devote an entire article to assessing SF's difficulties. Indeed the party finds itself at something of a crossroads. Is SF a vehicle for anti-establishment votes or is it one that sees itself as partaking in a coalition with FF or FG? Should it be focused on fighting for votes with the likes of Solidarity/PBP or with the TLA? Should it focus on former FF voters? Has it become too obsessed with what might be called the ‘trendy vote’ to the detriment of its work at grassroots level? These are challenging questions and there are likely to be trade-offs no matter which route it chooses.

'By September, the air will be heavy with the dreaded Brexit question and the timing of the general election'

Insider does however see some chinks of light. In the first instance the party’s TDs are likely to be more durable and on a firmer footing than some of the councillors who struggled to adapt to their roles. Secondly, the poor performance of Solidarity/PBP will give the party some solace that it is not being outflanked on its left and that there is still an opening for it on that front.

The next General Election is likely to be a challenging one and SF may face more short-tern pain as it seeks to regroup over the next few years. Of course, the Republic is only one aspect, and how things play out up in the North may also have a bearing. 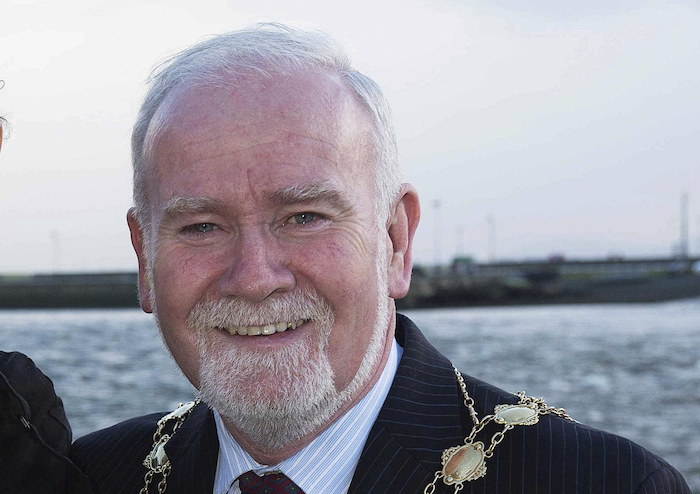 There were expectations of a setback for Independents after their high-water marks of 2014 and 2016. Remarkably however they got almost the same number of council seats across the State as in 2014, as well as winning three European seats. As ever there was quite a variation both in the ideological makeup and geographical spread of their vote.

In Galway West we saw five former PDs - including Cllr Donaly Lyons, pictured above - retained their seats, while Colette Connolly, sister of Independent TD Catherine Connolly, was returned to the Galway City Council. Sean Canney would not have welcomed the failure of his replacement Billy Conneely to retain his seat on the Galway County Council, but will have welcomed the otherwise decent showing by Independents across Galway East. Both Dennis Naughten and Michael Fitzmaurice will share similar sentiments in Roscommon/Galway. The flow of support towards Independents may have eased off but these results indicate that where they have a firm presence on the ground they will still be a force.

Readers will have noticed that Insider has not touched on the dreaded Brexit question or the timing of the general election. By September, the air will be heavy with both, so in the meantime let's enjoy the summer as best we can.