Former tánaiste Michael McDowell recently described the European elections as a mad dash where household names strive to become household names. There is more than an element of truth to this; high profile politicians such as Gerry Collins, Jim Higgins, and Brian Hayes went largely off the radar after relocating to Brussels.

That said, Mairéad McGuinness, Pat Cox, Lynn Boylan, and Niall Andrews have managed to make an impression, and with the greater focus on the future of Europe, and Brexit in particular, Irish MEPs are likely to be in the spotlight over the coming years. On polling day tomorrow, who then, are we likely to send to represent the sprawling Midlands-North-West constituency for the next five years? 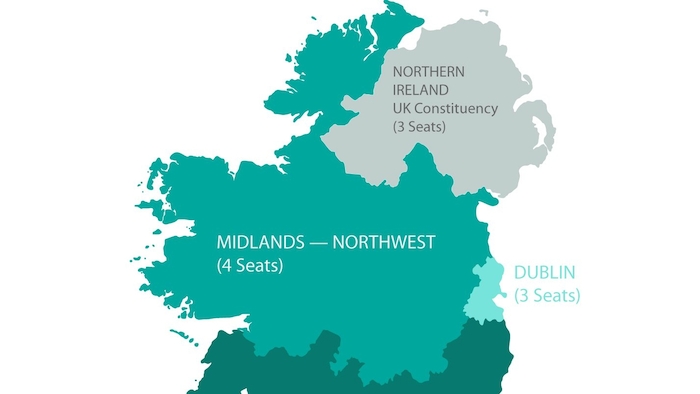 Traditionally, Irish Euro-constituencies were broadly based on the provinces. Since 2004 however, with the gradual reduction in seats as the EU expanded, the boundaries have been radically withdrawn. We now have an unwieldy 13 county constituency comprising the old Connacht/Ulster coupled with five Leinster counties.

While it can be argued that much of Longford and Westmeath are natural compatriots of Connacht, Kildare, Louth and Meath are very much part of the greater Dublin commuter belt. In broad terms, the constituency can be described as 40 per cent commuter belt and 60 per cent ‘borders and west’, and evenly split between rural and urban. This makes it a constituency with a wide variety of issues and contrasting electorates for the candidates to address and appeal to.

While assessing how the parties have gone about this, Insider took some time out to attend a showcase of sandwich producers in the region. What he found left a lasting impact. 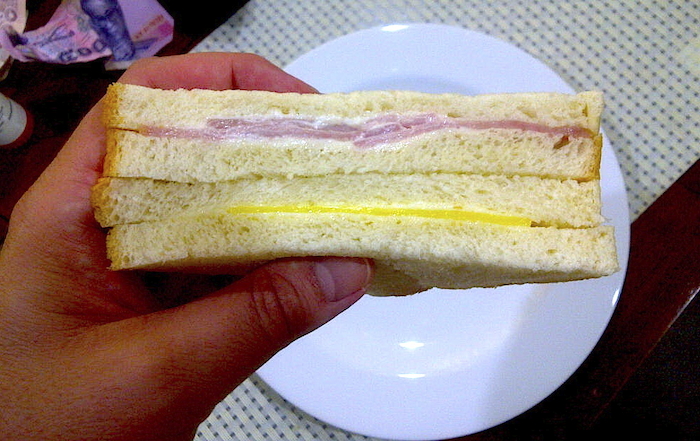 On entering the tasting room, Insider was first greeted by a busy looking host who simply said ‘There’s a plate of cheese sandwiches over there in the corner if you want some’. After looking around Insider saw the plate marked ‘Anne and Brendan’ and there was a familiar, if somewhat bland looking set of cheese sandwiches. Some fellow tasters remarked in whispered tones that the bread seemed a little stale. Insider remarked that this particular offering would always feature heavily but feared it could be upstaged by a more exciting offer.

On the table next to this a steady crowd was gathered, munching on turkey sandwiches. ‘Are they popular?’ Insider asked his host. ‘Yes, steady enough fanbase, more popular in recent years, even if a little low-key. We get a plate delivered from Monaghan every morning.' Of course, turkey farms, a key employer up in Monaghan. 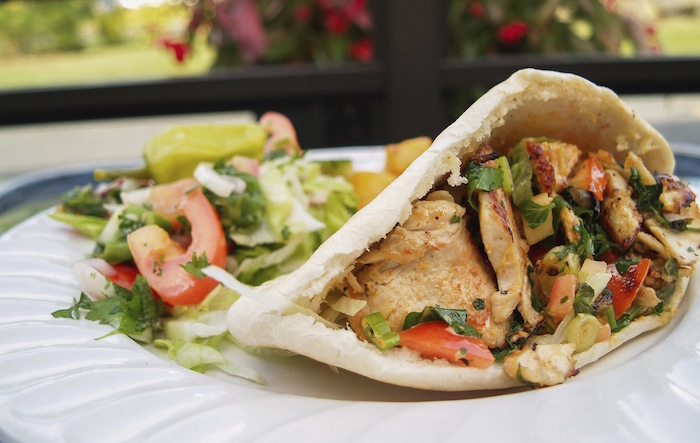 Insider’s attention was then grabbed by a large congregation gathered near the top of the room. When he pushed his way through, he was greeted by a very colourful presentation and a plate marked ‘The Two Ladies’. One of these sandwiches looked particularly interesting and Insider was told that it had been made by a woman from the Galway/Mayo border who was a regular visitor down this way. 'Is it popular?’ he asked. ‘Oh yes, it’s generating a lot of attention, you’d notice people who drop in looking for a cheese sandwich showing a particular interest in trying this out.'

The host then invited Insider to the far corner of the room where, she explained, a number of independent producers who do not have the sort of backing of the big producers, can showcase their wares. Prominent in this corner were two hot, sizzling sandwiches. People trying one of these options tended to smile and wink at Insider, remarking ‘Well, it’s different, if you dare try it!’ 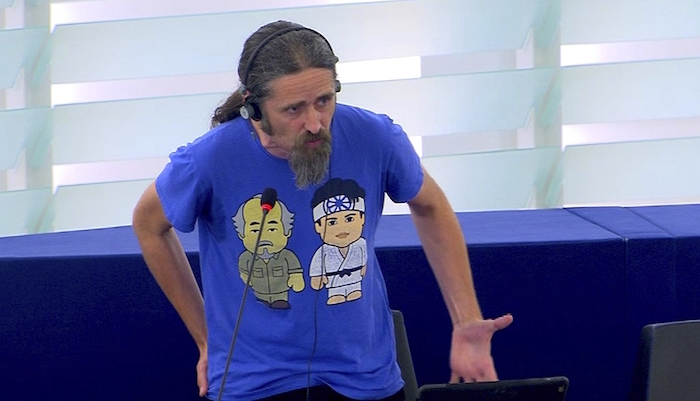 In the case of the other option, Insider was taken by how nobody claimed to have tasted it, yet everyone seemed to have a view on it, and in fact it seemed to generate more discussion than any other sandwich on the day. Insider remarked that, no more than the gourmet sandwiches at the top of the room, these offerings could make a dent in the cheese sandwich market, and maybe turn a few heads at the turkey sandwich counter too.

Readers will have had very little difficulty in matching the sandwiches to the candidates in MNW. FF’s very bland offering, FG’s ‘outside the box’ if somewhat risky offering, and the outspoken and at times explosive Independents - Peter Casey and Luke Ming Flanagan [pictured above].

The state of the race

Once Marian Harkin intimated last autumn that she probably likely retire, expectations were that FF would regain the seat it unexpectedly lost in 2014 with FG, SF, and Flanagan all retaining their seats. The one fly in the ointment was the entry into the race of former presidential candidate, Peter Casey.

At first, the expectations were that Mr Casey and MEP Flanagan would go head to head for a sort of ‘anti-establishment’ seat; one would be elected but not both. However, it was noted that Mr Casey had made significant inroads into both the FF and SF votes in last year’s presidential election and neither of these parties would be thrilled by his entry into this race. 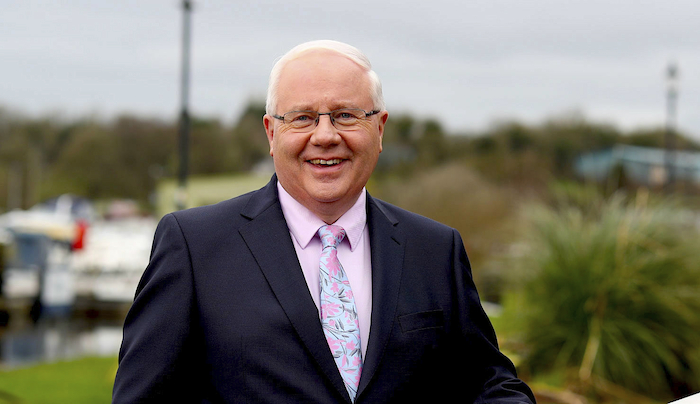 FF made a mess of this constituency in 2014, with its 18 per cent share of the vote a drastic underperformance relative to its local election vote and, to make matters worse, splitting its vote almost evenly between two candidates and missing a seat by fewer than 300 votes.

This time the party has opted for former agriculture minister Brendan Smith [pictured above] and Galway East TD Anne Rabbitte. If this race were being decided by interview panel Mr Smith would most likely be chosen as his CV ticks a lot of boxes. Getting chosen by the general public in a constituency where the quota is likely to be in the region of 120,000 is a different matter.

Insider is reminded of the comment former FF advisor Derek Mooney made when the party was holding its various European selection conventions earlier this year: "The seat will not be won by nostalgically getting the old band back together to play some favourites – no matter how much some of us may care for the tune." Mr Smith has been low key in recent years, has the baggage of being a minister as the Cowen government collapsed, and is arguably hampered by being located in the same area as Sinn Féin MEP Matt Carty.

Galway East TD Anne Rabbitte risks being badly damaged by this race. Insider has some sympathy for her as she has been sidelined by a party desperate to ensure it gets its lead candidate, Mr Smith, across the line. She has however seemingly angered party top brass, and an opportunity as a first-term TD to build her profile with a view to advancement in the Dáil has been wasted.

FG’s Mairéad McGuinness probably has the safest seat of any Irish MEP. Her task is made all the easier on this occasion, being the only one of the six main contenders based in the eastern commuter belt. A large first preference vote is on the cards. In adding the former Rose of Tralee, Maria Walsh [pictured above], to their ticket FG took a gamble that was worth taking. One seat assured, the unlikely prospect of a second here was a chance to expand the party's voter base and if it did not work out, no harm was done.

European elections are very personalised affairs and Ms Walsh’s positive outlook and people skills are going down well. In particular, she has tapped into her Mayo and Connemara connections and given the party a fillip in the west; even if she falls short, FG may benefit more generally in the region. Observers of the local elections have noted how Galway city candidates Eddie Hoare and Clodagh Higgins are effectively running on a ‘Next Generation’ platform alongside her, with Mr Hoare sticking closer to her than he did to any Mayo man while lining out for the Galway football team. 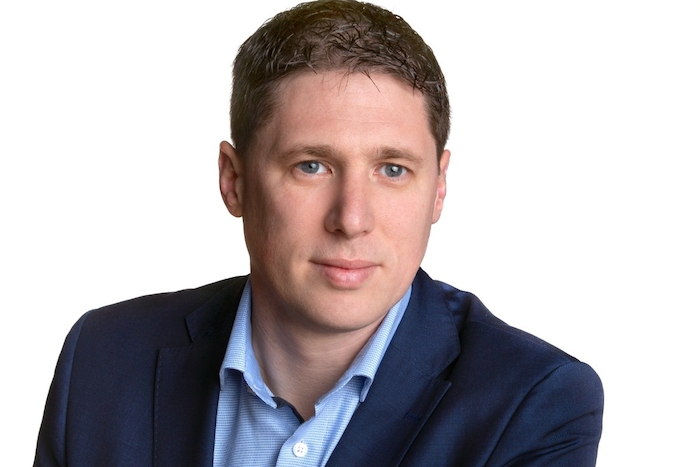 MEP Carthy [pictued above], after a rocky start epitomised by a run-in with EU Commissioner Phil Hogan, has been a solid performer in Brussels and seems well placed to retain the SF core vote. Nevertheless, he is not immune to a challenge from the Independents and will not welcome the prospect of Mr Smith competing with him for border votes. He has also been somewhat dogged by questions regarding his intentions to run for the Dáil as he has already been selected to run in Cavan/Monaghan. 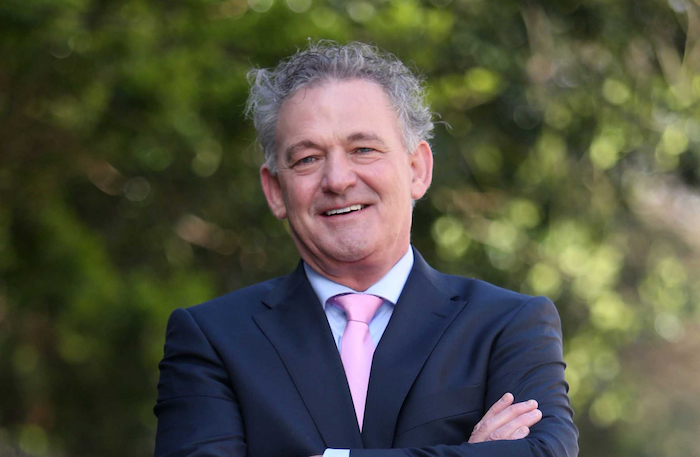 Either Mr Flanagan or Mr Casey [pictured above] will take a seat. Both are skilled performers who are good at garnering attention and both are adept at tapping into the discontent that is still prevalent across much of the region. Mr Flanagan may benefit from having much of the mid and north Connacht region to himself, but he will likely be reliant on votes in the west to see him home again. Mr Casey is very controversial and less focused than Mr Flanagan, but received more than 25 per cent of the vote in MNW in the presidential election. If he retains half of this, he should be well placed for a seat. The competition is however greater on this occasion.

On balance, FF, SF, and Mr Flanagan are probably best placed to take the other three seats alongside Ms McGuinness, but given the volatile nature of such contests Insider will stick with his initial forecast at the outset of the campaign that it is any three from five to join the Ardee woman in Brussels.