When it comes to Galway City West, there are only three names political pundits and political anoraks - is there any difference, really, between the two? - want to talk about: Cllr Peter Keane, John Connolly, and Pauline O'Reilly.

Two of these three will be representing the ward after May 24, but which two is the key question. Cllr Keane and Mr Connolly are standing for Fianna Fáil, while Ms O'Reilly is looking to be the first Green city councillor since former mayor Niall Ó Brolchain.

There is no doubt that Independent councillor Donal Lyons, and Labour councillor (and current Mayor ) Niall McNelis, will hold their seats, and should be the first two elected with comfortable majorities.

GCW has a habit of throwing up surprise results. In 2009, Hildegarded Naughton unexpectedly unseated her running mate, the long-serving councillor John Mulholland, while in 2014, Sinn Féin's Cathal Ó Conchuir came from seemingly nowhere to win a seat. In that moment, the founding of the PDs in Leisureland in 1985 seemed like ancient history. 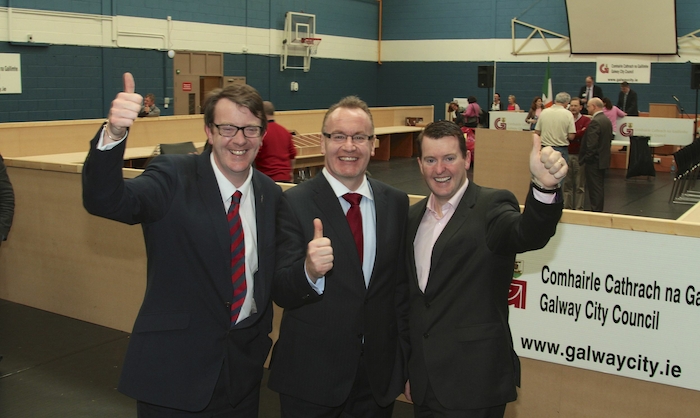 Given how resolutely middle-class the ward is, Fine Gael will hold its seat here. The favourable odds are going to sitting councillor Pearce Flannery, although there is a school of thought that his running mate, Clodagh Higgins [pictured below] could equally take the seat.

FG sources acknowledge there will be a "soft backlash" against the Government, principally over the housing crisis, and this is likely to hinder, rather than help Ms Higgins' chances. This is perhaps why she is concentrating so heavily on Salthill, with the subliminal message that a vote for her, as opposed to FG, is a vote to ensure the area has representation at the council (eg, Knocknacarra has Donal Lyons ).

However, Insider believes Cllr Flannery will prevail being the incumbent, and the fact that Mayor McNelis, being a former FG member, is likely to pick up soft-FG votes that might otherwise have gone to Ms Higgins. 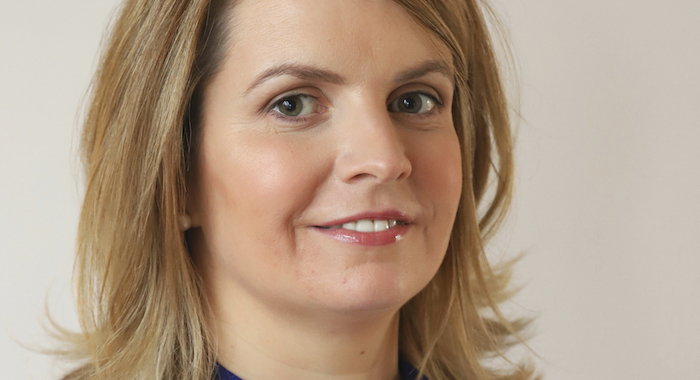 Insider was aware of talk in some quarters that Cllr Ó Conchuir's seat was vulnerable, but this overstates his situation and underestimates him. Of the current sitting councillors in GCW, he will have to fight harder than the others, but the fact he was the surprise victor in 2014 shows he has form when it comes to defying the odds.

Cllr Ó Conchuir does have a low key persona and style, and this has led to the view that he may be in trouble. However, this overlooks the work he has done in the ward over the past five years (which voters know, but some analysts are not always aware of ), plus the strong base he enjoys, mainly from past pupils of the Jes, where he has been a very popular teacher for many years. Insider expects to see Cllr Ó Conchuir back in City Hall for the 2019 - 2024 council term.

So, the real questions are: Can Cllr Keane keep his seat? Can Mr Connolly make his comeback? Can Ms O'Reilly make the breakthrough?

Cllr Keane was first elected in 2009 and retained his seat in 2014. For a time, he was being touted as a prospective General Election candidate, but perhaps he showed too much eagerness, with his hunger spilling over into almost an assumption that his running for a Dáil seat was inevitable. That hubris saw his star wane by the time of the 2016 election, when Mr Connolly, who had served as a city councillor from 2004 to 2009, was added to the ticket alongside Dep Éamon Ó Cuív and Cllr Mary Hoade [pictured below with TD Noel Grealish].

In that election, Cllr Connolly scored only six per cent, but he outpolled the much touted Niall Ó Tuathail of the Soc Dems, the then Labour TD Derek Nolan, as well as three sitting councillors and a senator. This was all the more impressive given Mr Connolly had largely been out of the public eye since losing his council seat in 2009, and FF's persistently poor vote management in the constituency.

Mr Connolly's performance made FF sit up and take notice, especially the fact that 933 of his 3,885 first preference votes came from the Galway City West region, a tally that, if repeated on May 24, will see him return to City Hall. It should be remembered that turnout is always slightly lower in the locals, yet even if Mr Connolly gets close to 800 first preferences, he will be a serious contender.

It has also been noted by sources close to Labour that Mr Connolly's campaign is receiving very positive feedback on the doorsteps, and there is speculation that Cllr Connolly could perhaps be the stronger of the two FF candidates. However Mr Connolly (and Cllr Ó Conchuir ) will be aware that in 2014 Cllr Keane took 904 votes, which left him in third place on the first count. He eventually won the sixth seat, and was only 45 behind Cllr Ó Conchuir who took the fifth. As noted above, his star has waned, but no one is ruling him out of contention by any means.

The expected 'soft backlash' against FG; the presence of only one strong independent (Cllr Lyons ) in 2019 as opposed to two in 2014 (Cllrs Lyons and Catherine Connolly, now a TD ); and Cllr Colette Connolly switching to Galway City Central, means there is an opening which FF has the potential to translate into two seats. However, FF's eternal curse in Galway city and Galway West is its inability to conduct vote management and splitting its vote evenly.

A further problem is FF's addiction to targeting its core vote, and not seeking to go beyond that - a huge mistake given the aforementioned 'soft backlash' against FG, and Mr Connolly's ability to appeal to soft-FF and unaligned centre-right voters. This has resulted in the party's vote being stubbornly stuck between 17/18 per cent in the ward over the past decade. If FF is serious about winning two seats, it will need to get both candidates totalling at c22 per cent, otherwise FF will have missed an open goal. 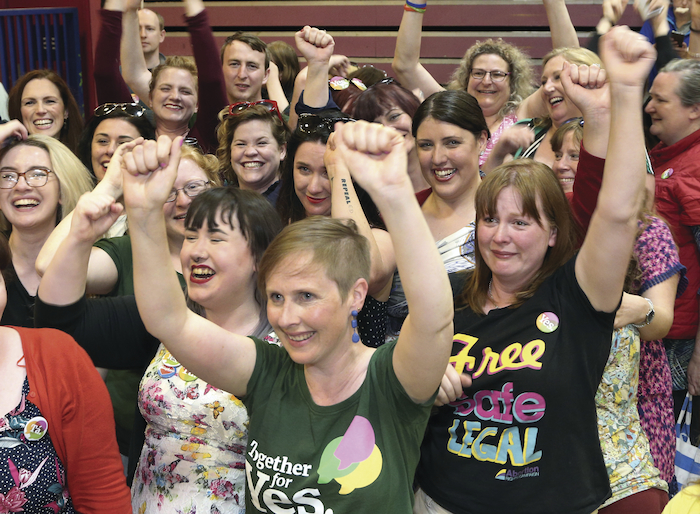 Lurking with intent in all this is the Green's Pauline O'Reilly - the party's best hope of winning a council seat in Galway - who seems best positioned to capitalise on any faltering step in FF.

Ms O'Reilly is running one of the most active campaigns in Galway City West and her intent and ambition is clear for all to see. She won many friends last year for her prominent role in the Repeal The 8th campaign in Galway, and the Greens, now detoxified from their 2008 - 2011 association with Fianna Fáil are back to having the potential to be a very transfer-friendly party.

The strongly middle class nature of GCW makes it the ideal ward for Ms O'Reilly. The majority of the liberal and soft-Left vote in the ward will go to Mayor McNelis, but given he is likely to be elected with a surplus, Ms O'Reilly can expect transfers from that source. She is also likely to benefit heavily from transfers from the Soc Dem's John Crowley, and to a lesser extent from Sinn Féin and Fine Gael. Ms O'Reilly will also benefit from female voters looking to support women candidates, and, provided she stays ahead of Clodagh Higgins, she can expect transfers from her as well.

So, Ms O'Reilly has the potential. However, Insider she needs to get a first preference vote that will see her land between fifth and seventh position after the first count, be ahead of one of the two Fianna Fáillers, and translate the potential to get transfers from across the board into a reality.