With a general election expected in the coming months, there is much frenzied speculation about the prospects of the various parties across the constituencies. A curious feature of the discussions of Galway West is how little Fianna Fáil features in the conversation.

On one level, this is not surprising with the sense the party holds a very safe seat here in Éamon Ó Cuív, and a feeling FF lacks the stomach for the battle to win a second. The party also has something of a moribund look to it locally. On the other hand, FF emerged as the largest party by vote share in Galway West in 2016, so surely it should be high, and on the target list for potential gains next time out?

FF, FG, and the Independents secured 24.2 per cent, 24 per cent, and 26.6 per cent respectively in Galway West in 2016, yet unlike the other two, FF did not convert this into a second seat, and in fact, was not even close to doing so. The primary reason for this has been well documented - an imbalance in division of the party vote with Ó Cuív dominating his two running mates. Some of this can be attributed to Dep Ó Cuív's popularity, but much of it is down to the weakness of the party in parts of the constituency, particularly Galway city. If FF is to recover its status as the predominant party in Galway West, and more specifically its second seat, it must radically improve its standing inside the city boundaries.

Galway city has been something of a recurring problem for FF over the past 35 years. Insider identifies two seismic events from which the party has struggled to recover: the abrupt departure of FF's undoubted kingpin Bobby Molloy in 1986, from which FF's city vote took more than a decade to recover, despite the best efforts of Máire Geoghegan-Quinn and Frank Fahey; and having thrived throughout the Ahern era, the economic crash saw FF lose that city seat and ended Mr Fahey’s political career.

Since 2011, Insider has persistently asked a question which, quite incredibly just months out from another general election has yet to be answered – who is FF’s city ‘champion’? Is it 2016 candidate John Connolly? Is it perennial candidate-in-waiting Peter Keane? Is it either of the Crowe brothers? Is it someone else? Nobody knows. For a party aspiring to make a seat gain that is no circumstance in which to find itself.

Moving beyond the core vote

Insider has been examining the party’s performance in the city in the four big electoral outings since the great crash. What stands out is how static it has been. FF's local election vote share declined slightly from 20.67 per cent in 2009 to 19.5 per cent in 2014, while tally figures suggest it received just under 17 per cent in the two General Elections. That 2016 performance will have been especially disappointing as the national recovery in vote share failed to filter through to Galway city.

Yet the static performances should come as no surprise when one considers the blatant ‘core vote’ strategy being employed by FF in the city. The focus has been entirely on appealing to, and turning out, the hardcore FF vote. This has enabled it to retain a firm presence on the city council and put something of a floor on its vote, but has also stymied any hopes of making the sort of advancement needed to win a second seat in Galway West.

Is FF relevant to under-35s?

To do this, the party needs to appeal to a far greater range of voters. This will be especially challenging due to the city’s demographics. The party is struggling among middle-class urbanites; has a problem with younger voters; and is still distrusted among the 35 to 45 age cohort who were stung by the property crash.

Yet, as time moves on, there is now a younger cohort of voters coming on stream who have little recollection of the party’s time in power. On their own they will not transform FF’s fortunes, but it is important for the party’s future prospects to make inroads there. To date, FF has shown little ability, or interest, in connecting with them. At times, such as during last year’s Eighth Amendment referendum campaign, FF has been shown to be completely out of tune with young voters. To these voters, FF must be something of a curiosity.

An obvious area for the party to appeal is on the housing crisis, but while FF has been making a lot of noise trying to hammer the Government on homelessness, it has not focused on another aspect - the frustration of younger people unable to move out of the family home. Clearly with its recent history the party needs to tread carefully in this area, but this may offer it an opportunity to connect with younger voters. 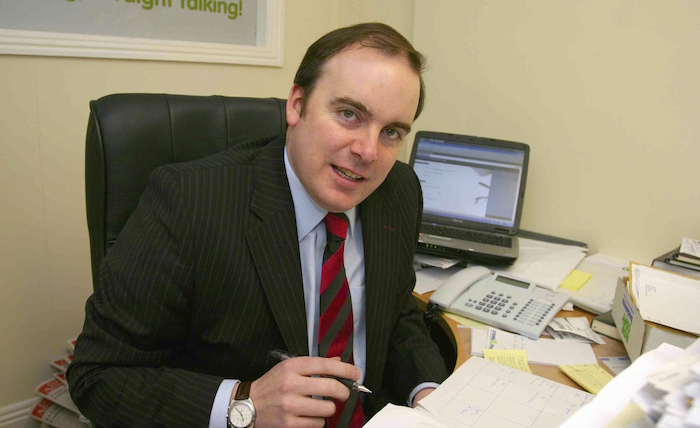 For all its difficulties in urban Ireland, FF candidates in Cork, Limerick, and Kilkenny cities have shown it can be done. The forthcoming Local Elections are critical for FF in Galway city. In the 2014 locals, it had a solid one seat in each electoral area but was a bit short for a second seat, although David Burke (West ) and Alan Cheevers (East ) did manage to finish ‘best of the rest’. Interestingly there was little difference in their vote share across the three wards and in each case they were shy of the 1.5 quotas that would be a minimum requirement (in addition to careful vote management ) to win a second seat.

Looking at the candidate line-up for May's Local Elections, the FF ticket has something of a familiar feel to it. The three outgoing councillors are running again, while Alan Cheevers and John Connolly have been wheeled out once more, and Imelda Byrne, from a well-known FF family, is the sole female on the ticket. The Crowe brothers are odds-on to return while the party is assured of at least one seat in the West Ward. The party is optimistic of making a gain in the East where Mr Cheevers [pictured above] is running a strong campaign and where FG and Labour have struggled in recent elections. That ward will be something of a litmus test in illustrating if the remarkable support levels for Independents in the 2014-16 period has tailed off and if support is returning to the big parties. The entrenched presence of two former PDs however greatly inhibits prospects for both FF and FG in that ward, something that is also true of the West, where most FF eyes will be trained over the next seven weeks.

Not alone are Cllr Keane [pictured above] and Mr Connolly battling for council seats, they are also potentially partaking in something of a US-style primary election for the general election nomination. Having shown an ability to win votes outside the city in 2016, Mr Connolly possibly holds a slight advantage in the battle for the nomination but he will need to show in May that he can pull a bigger vote in the city.

More immediately, with a strong ticket, the party must be hopeful of making a gain in the ward. To do this, it will need to make some inroads into Cllr Donal Lyon's remarkable vote in Knocknacarra. Many of us will recall the bullish forecasts in 2014 that David Burke would do just this, but come election day those same forecasters were left biting their tongues.

The wily Cllr Keane, a much under-estimated figure and a ‘core vote’ specialist, sailed home, but despite his best efforts Mr Burke was not quite able to make enough inroads to take a seat. The West Ward is jam-packed with the type of voters with whom FF has a particular problem and will serve as something of a litmus test in showing if the party is capable of expanding beyond its core vote. Galway City Central is a bit ‘up in the air’ with Cllr Billy Cameron’s retirement creating something of an opening. In 2014, despite expectations of a seat gain through Nicola Deasy the party fell well short in this ward. FF faces an eclectic range of challengers with Sinn Féin's Cllr Mark Lohan and Independent Cllr Mike Cubbard eating into some of its vote in recent years.

In the 2016 General Election, FF was disappointed with its performance in areas that were in the old West Ward, but performed well in the parts associated heavily with Cllr Ollie Crowe [pictured above]. He will undoubtedly return, but Ms Byrne will need to substantially improve the party’s fortunes in the western end if a second seat is to be attained. On the face of it this appears to be the least promising ward for FF.

In two months’ time, with the elections behind us and summer upon us, in order to be regarded as serious challengers in the Galway West constituency, FF in the city need to be able to tell us that it has expanded and broadened its vote share, and also who their city champion is. Can it do this? Time will tell; it is a big ask but there are plenty of opportunities if FF has the fight in the belly to grasp them.