Galway poet Kevin Higgins is no stranger to satirising Blairites, and others on the right wing of the British Labour Party, but he recently found himself in the unusual position of upsetting members of Jeremy Corbyn's Shadow Cabinet.

A poem by Mr Higgins, 'Listening Exercise - after John McDonnell', which lampooned recent statements by the British Shadow Chancellor, was due to be published in the socialist newspaper, the Morning Star, only to be pulled after it came to the attention of members of Mr Corbyn's inner circle.

Mr Higgins is the author of five acclaimed collections of poetry, a noted satirist, and a reviewer for the Galway Advertiser. He is also a long time member of the British Labour Party, having lived and worked in England in the 1980s and 1990s. While previous satires of the party's more centrist members have sparked controversy, this latest issue is more unusual given Mr Higgins ardent support for Jeremy Corbyn.

British Labour has been mired in controversy over persistent allegations of anti-Semitism, and dissatisfaction over Mr Corbyn's leadership on Britain's exit from the EU. Indeed his belated support to hold a People's Vote in the event of a No Deal Brexit came only after seven of his MPs, including Chucka Umunna and Luciana Berger [pictured above], quit the party to form The Independent Group.

The defections caused Corbyn ally and Shadow Chancellor, John McDonnell [pictured below], to undertake what he called a "listening exercise" with Remain leaning MPs and members with concerns regarding anti-Semitism. However, many others saw this as pandering to forces that are hostile to Mr Corbyn; who are opposed to Labour being in any way a socialist party; and who will use any pretext in order to remove him as party leader. 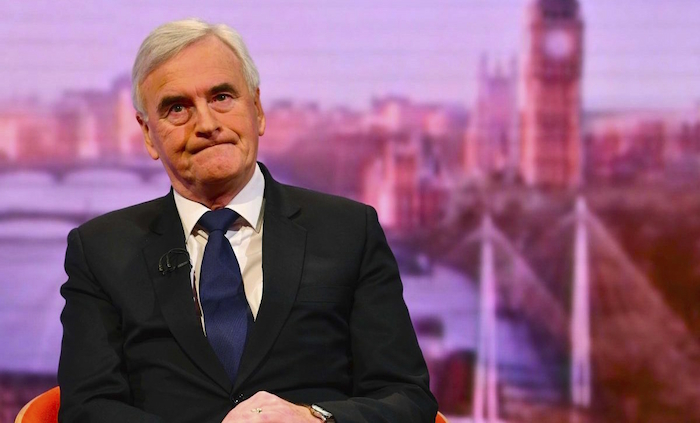 In response to this, and to Mr McDonnell's repeated use of the phrase, "listening exercise", Mr Higgins wrote the following poem:

When you paint hatred on my garden wall

and front door, I will read your words

When you try to burn my house down

I will listen to what the flames are saying.

Every lie you tell against me

by earnestly, and in detail, answering your questions

about it over and over again.

When you burst through my living room door

with a chainsaw intended for me,

I’ll pour you a nice cup of tea

and say: let’s talk about this.

When the tumours come for me

I’ll know their opinion must be taken

And when the beetles and bacilli

begin to consume me,

their point of view.

The poem has been published on Broadsheet.ie and on Culturematters.org.uk It was also accepted for publication in the leading British socialist paper, Morning Star, which Mr Higgins has written numerous satires for. It initially appeared on the Morning Star website and was due for inclusion in last Saturday's print edition, but then was pulled from the website and failed to appear in the paper - apparently at the request of Corbyn's Shadow Cabinet. 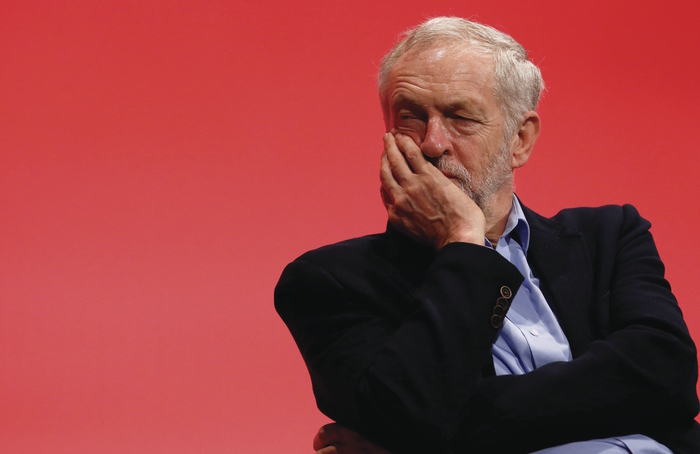 In an email to Mr Higgins, Morning Star editor Ben Chacko said he had to pull the poem "because things are on a knife-edge in the Shadow Cabinet" and "friends there advise exacerbating divisions would make things worse". He added that "the sensitivities right now mean publishing it in the Morning Star would, in our view, feed the divisions that the Right are trying to exploit" and that "targeting" Mr McDonnell "is not the right approach for us". However, Mr Chacko said he would still continue to publish poems by Mr Higgins in the paper.

Mr Higgins, who thrives on this kind of drama, reacted to the situation with characteristic good humour. "It is great to know my poems are being read by member's of Jeremy Corbyn's Shadow Cabinet," he told the Galway Advertiser. "This poem was intended as friendly advice for Mr McDonnell, albeit that it is satirically delivered, as is my way. I understand the pressures people are under at the moment, and am in no way angry at the editors of the Morning Star for the action they felt they had to take here. I plan to continue published poems in the Morning Star, as I have since 2015."