The Galway team won the award for its Geec, an energy-efficient car capable of travelling more than 350km on one unit, or kilowatt-hour (kWh ), of electricity - the equivalent of driving from Galway to Dublin for less than 15 cents’ worth of electricity or 10,000 miles per gallon of diesel.

The Geec is Ireland’s first, and so far, only competitor at Shell Eco-marathon Europe, and this year's event saw more than 2,000 students from across the world participate in a 5-km race where efficiency, not speed, is prioritised. 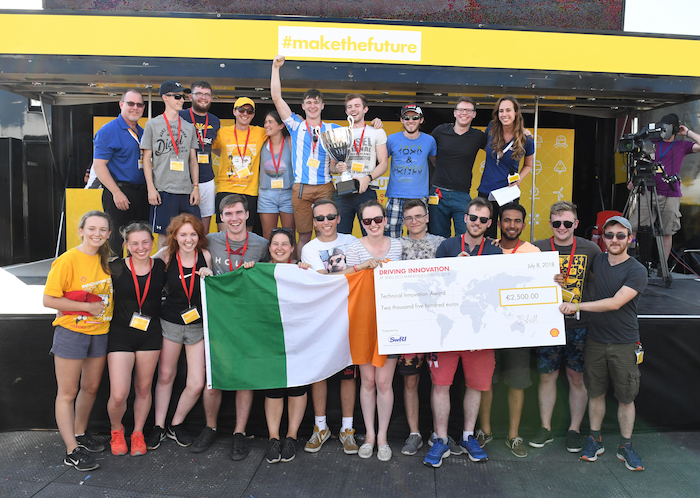 For the last four years, the Geec has flown the flag for Ireland in the battery-electric category, finishing 23rd out of 50 in 2015, rising to 13th in 2017. This year’s Geec won the prestigious Technical Innovation Award, presented by Shell to the team which demonstrates "outstanding technical ingenuity" along with "optimal use of new materials, components, and inventions" in the venhicle's drive train, chassis, body, instrumentation, and tyres.

The award was given to the NUI Galway team for an "effective and simple approach to lower aerodynamic undercarriage drag". The wheels of a car can be a major source of aerodynamic drag or wind resistance, especially when the car’s main body has very low drag, like the teardrop-shaped, three-wheeled Geec. This problem was tackled particularly by Tom Dillon, from Barna, and is one of the latest stages in a complex team project that has evolved for five years.

“Our new innovation is an aerodynamic seal that minimises the gap between the wheels and the car's body at all times," says Mr Dillon. "From computer simulations of our car, we found that this new design offers a potential 27% reduction in aerodynamic drag.” 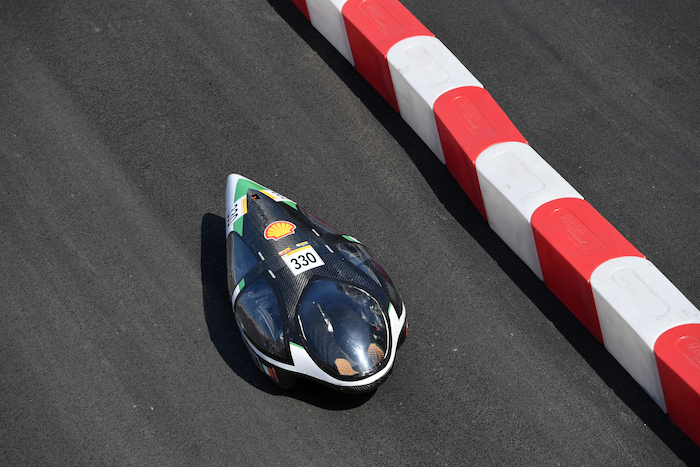 The Geec is a collaboration between the disciplines of Mechanical Engineering and Electrical and Electronic Engineering. The team consists of approximately 25 students of those programmes and the interdisciplinary Energy Systems Engineering degree, with some additional involvement from other Engineering and Informatics students. The Geec is part of fourth year student coursework and is extra-curricular for others.

The car is designed, developed and raced by the students, with the guidance of academic staff and the extensive practical support of NUI Galway’s team of engineering technical officers. International competition at the end of every academic year gives intense focus to their efforts and an unforgiving but thrilling test of their work. It is a unique opportunity for ambitious young engineers to hone their knowledge and skills.

“This result puts us firmly on the map," said Prof Peter McHugh, dean of Engineering and Informatics at NUIG, "as one of the premier engineering schools in the world for the depth and quality of our education and for our mentorship and support of students.”