We've been here before and there is no reason to panic, last year Mayo were caught like deer in the headlights against Cork in their league opener, where a Rebel outfit who ultimately got relegated and had a championship season to forget ran riot on Leeside.

However this years league opener at home to Monaghan represented a chance for Mayo to get off on the front foot this season and lay down a marker for the season ahead, but what happened was that Mayo were out battled by a Farney outfit that were deserving winners and only for the excellence of David Clarke on a number of occasions could and probably should have had the ball in Mayo's net more than the once they had.

Fergal Boland hit the opening point of the night on his league debut for the green and red, but two frees from the Conor McManus had the visitors in the lead. With 15 minutes to go to the break that lead was out to 0-5 to 0-1 and could have been more if Monaghan had taken their chances that presented themselves. 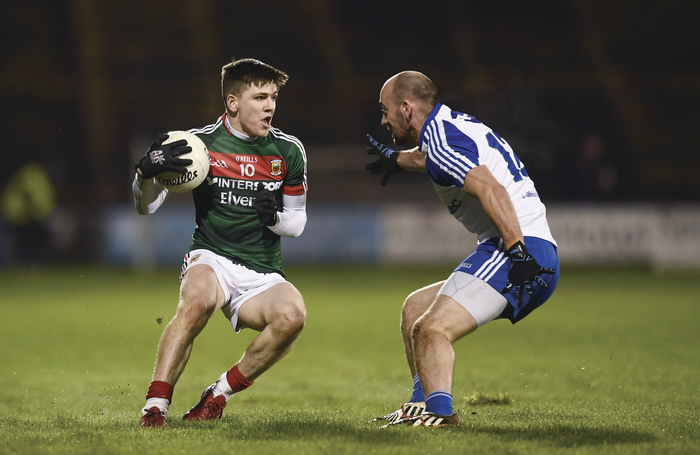 Mayo had chances to tag on points in this period, but their distance radar was out of kilter as Danny Kirby and Stephen Coen were amongst those who dropped efforts short of the target into Rory Beggan's arms. But as the game moved towards the break, Mayo found their groove. Evan Regan did well to fire over a point from distance. Cillian O'Connor tagged over a pointed free, Kevin McLoughlin added a fine score at the end of a flowing move and then Alan Freeman showed great strength to win the ball and level it up. Just before the break Regan kicked his second of the day after Boland had been fouled and mayo went in leading by one at the break on a score of 0-6 to 0-5.

But the second half failed to light fire early on and a stop start affair with Darren Hughes finishing form close range after McManus has squared him the ball following some 'soft' defending by the Mayo rearguard. Cillian O'Connor swept over a couple of frees to keep Mayo in touch, but a Colin Walsh point gave the Monaghan men some breathing space as the game moved towards the closing stages. 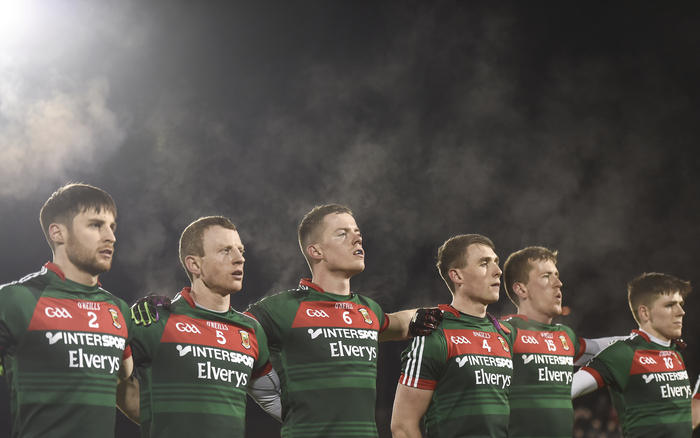 Ready to go: Mayo line up for the national anthem. Photo: Sportsfile

Mayo did keep plugging away and O'Connor who was the only Mayo man to score in the second half tagged on a few more scores, one of them a brilliant effort from play and with the game almost up they had the gap back down to the bare minimum, but Mayo fluffed chances with both Boland and Diarmuid O'Connor missing opportunities before the final word was left to McManus who hit a brilliant effort from tight on the left to see his side home by two.