The borderline between these two west Mayo clubs is as thin as a knife edge and the outcome was just as narrow.

The match winner was a man who over the past three weekends has put in some outstanding performances and when it came to the crunch, Diarmuid O’Connor held his nerve and drove over the winning score of the game with normal time almost up.

Breaffy had chances to work a levelling score in the five minutes of additional time and they were sure they had done enough to earn a close range free with the final play of the game, but their protests were waved away by referee Vincent Neary and Ballintubber claimed their fourth title since 2010.

Breaffy got off to the perfect start with Aidan O’Shea winning the ball inside the penalty area and he was hauled to the ground, Peter Dravins stepped up and nailed the spot kick to put his side three clear early doors.

Ballintubber wasted no time eating into that lead with Steven O’Malley pointing from play and Cillian O’Connor nailing two placed balls to have the contest all square after 11 minutes. 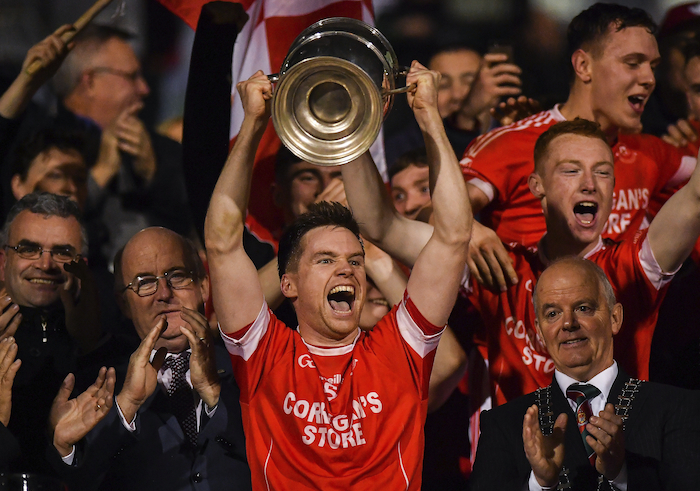 Gareth Dunne edged his side back in front with a well taken score on the run a minute later, but points from Damien Coleman and O’Connor’s third free of the day had Ballintubber in front for the first time 12 minutes before the break.

That lead was stretched out to two when O’Connor kicked another placed ball to put the lead back out to two.

Breaffy keeper Robert Hennelly was off target with three long range efforts from placed balls in the opening half and Dunne saw another effort come back off the post, but they did cut the gap back to a single point in injury time when Conor O’Shea converted a close range free.

O’Connor struck first in the second half with his fifth free of the evening, before Hennelly finally found his range from a 45 three minutes in.

Alan Dillon swept over a top class score to keep his sides nose that bit in front, before Tommy O’Reilly made sure the weren’t going to get out of reach too early from an effort on the turn. 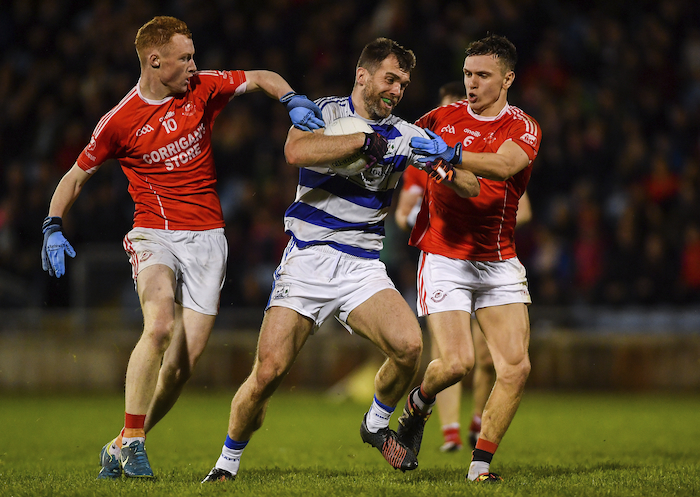 Robbie Fadden and Cillian O’Connor traded scores in rapid succession, before Steven O’Malley and O’Malley kicked points for their respective sides to leave Ballitubber 0-11 to 1-6 up with less than ten minutes to go.

Conor O’Shea nailed two frees inside two minutes to level the game up as it headed for the home straight and it was all to play for.

Both sides saw players pick up black cards as both teams were beginning to feel the pressure, but one man who didn’t feel the pressure was Diarmuid O’Connor who under pressure held his nerve to drive the ball over the bar and land the winning score.