Winter and spring leagues keep swinging around the clubs

Get your teams in for the GOAL golf classic in Claremorris

Rangers dream alive and well as they march into final

Who will conquer the senior hurling final? 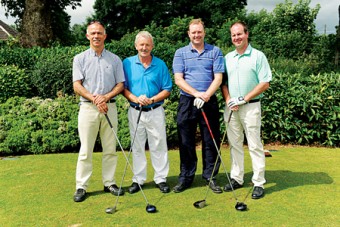 Sensational dying seconds in the Carlow Talbot Hotel Senior Hurling Championship final saw Naomh Brid’s Alan Brennan’s ground shot go through a crowded goalmouth and hit the back of the Mount Leinster Rangers net as dreams died and others were granted in seconds. Deep into injury time and the crowd were on their feet. Naomh Brid down by two points won a ’65, the experienced Brendan Lawler, knew a point would not suffice at this stage, and he sent the ball into the square where it hit a defender and went out for a second ’65. Lawler dropped the ball about ten metres out slightly to the right at the sugar factory end of Dr Cullen Park, the defence did their best to get the sliothar out of danger, the sliothar was tipped out about seven feet when Brennan came around in semi circle style and on the run connected deadly with his swing and the white net shook. Belief, disbelief it had happened, true to form Mount Leinster Rangers lost no time with the puck out and went in search of an equaliser. James Hickey moved the ball forward with speed, and in their excitement not many saw Martin ‘Murt’ Keating send a ground shot back down the field, cutting off that last dangerous raid for 2008 as referee Pat Kehoe sounded the full time whistle.