Title number 31 for Castlebar Mitchels will be one that will be remembered for a long time in the county town, it was their first three-in-a-row since the mid 1950s and it also saw them beat their most recent nemesis Ballintubber in the final for the first time after their near neighbours had beaten them in their three previous final meetings in 2010, 2011 and 2014.

Like any meeting between two great rivals there was nothing really between these sides at the full time whistle with Mitchels winning out by two points - the most important score coming from the boot of full back Ger McDonagh two minutes into injury time - which edged Declan O’Reilly’s side back in front again.

McDonagh who picked up the man-of-the-match award had a right ding-dong battle with Cillian O’Connor all day long, McDonagh finished up with two points and a yellow card to his name, while O’Connor finished with six points - but also ended up getting two yellow cards and being sent to the line with five minutes left and leaving his side to try and dig out a result a man shy. 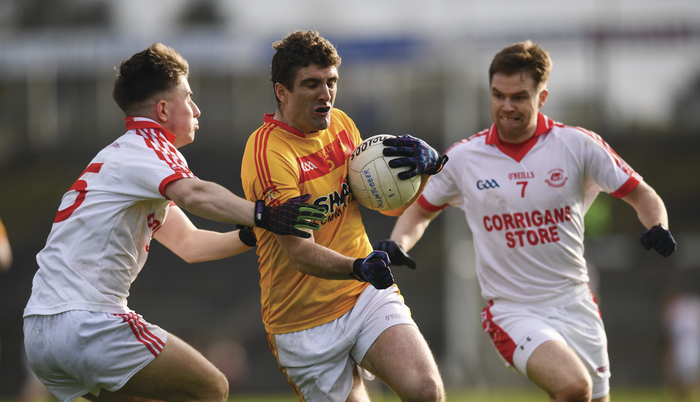 And they almost did just that - when the Mayo captain was sent to the line, his side were trailing by two points and the clock was against them. But they kept plugging away and Alan Dillon cut the gap back to just one with a close range free kick on 57 minutes and two minutes later, Diarmuid O’Connor who had been very much nullified by the Mitchels defence all day struck a sweet score off his left boot from out near the left hand touchline to level the game up at thirteen points a piece with normal time almost up.

But Mitchels aren’t the champions they have become over the recent year by panicking when things get tough. They stuck to their guns and McDonagh’s point put them in front two minutes into injury time and with almost the final kick of the game David Stenson made sure with a close range free after Jason Gibbons hauled down Danny Kirby as he broke for goal following a good Mitchels turn-over.

The game as a whole was a really tightly contested affair with Ballintubber holding the upper hand at the end of a first half which finished with Tom Prednergast’s men leading by two on a score of 0-9 to 0-7. Cillian O’Connor kicked five of those points all from frees - a few of them from some very tricky angles. Mitchels kept in touch thanks to two frees from David Stenson and a brace of excellent points from both Barry Moran and James Durcan - who was black carded in what looked on first examination like a harsh decision late in the first half and Castlebar missed his electric pace at times in the second half. 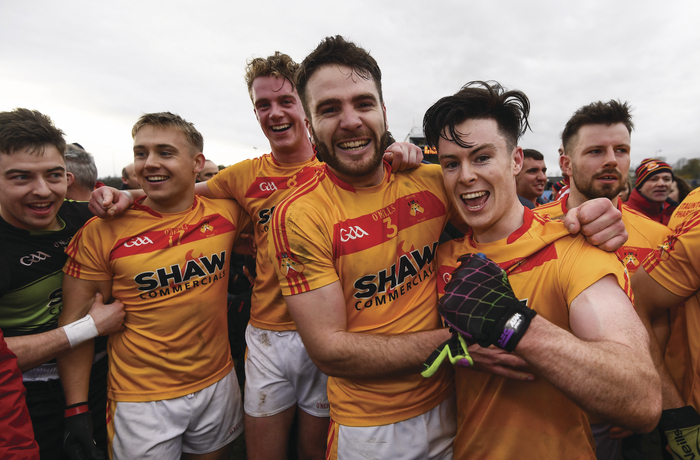 Ballintubber extended their lead to three points two minutes into the second half through a Jason Gibbons point - but Mitchels were just about to take over this game. Cian Costello should have found the back of the net, but Bredan Walsh pulled off a fine save on 36 minutes, two minutes later Stenson cut the gap back to two points with a free - the same man left just one between the sides on 42 minutes with a nice score form play. A collectors item of a long range left footer from Barry Moran and the game level at 0-10 each by the three quarter-mark and two minutes later McDonagh drove over his first of the day and Mitchels were in the lead for the very first time int he game. Cillian O’Connor levelled it up again not long after, but points from Danny Kirby and Eoghan O’Reilly put Castlebar two clear with lest than five to go and the final few twists were only about to start turning.